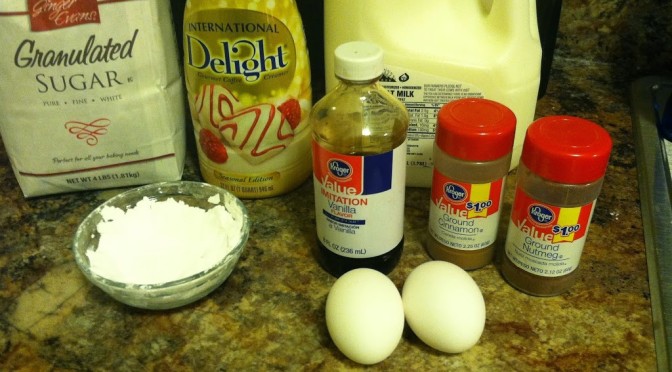 History of eggnog: What’s in a name?

Egg Nog is one of the most popular beverages around Christmastime. But where did this dairy delight come from? There is plenty of debate but most sites agree that it is a descendant of the European beverage of “posset”, a popular beverage made with sweetened hot milk and wine. The original didn’t contain eggs, as dairy products were expensive and a rare commodity. In the Americas this wasn’t a problem, since most settlers kept their own cows and chickens, thus having plenty of access to both milk and eggs. Even today, the drink is far more popular in the US than the UK.
As for the “nog” part, CNN has an interesting article which puts forth three theories:
1. The word “noggin” describes the wooden mugs this beverage was often served in
2. The Norfolk slang word for strong ales served in these mugs was “nog”
3. In the early Americas, this drink was called “egg-and-grog”, which after having a few glasses morphed into “eggnnogg…”
Other countries have similar varieties, Time cites the Mexican “rompope” as well as the Puerto Rican version which adds coconut milk called “coquito”.
A perfectly valid excuse for consuming a carton by yourself is patriotism. Our forefather George Washington was quite fond of the drink, and the official White House recipe called for at least four types of liquor, a quart each cream and milk, one dozen tablespoons sugar and one dozen eggs. I can only imagine the holiday festivities after a few glasses of that…

First of all, eggnog is traditionally made with whole, raw eggs. According to foodsafety.com, you can make a cooked egg base first then chill before mixing to be absolutely sure your nog is safe. According to popular belief, adding alcohol will kill any bacteria. But this is not true, so don’t count on copious amounts of rum or sherry to keep your eggnog sterile. If you have an immune deficiency or are paranoid about salmonella, you can use pasteurized eggs.
If you’re holding a frothy glass right now, you might want to skip over this part. But chances are even if you indulge, you do so with the awareness that eggnog is most certainly not a diet drink. Especially the sugar-stuffed, store-bought kind, which is only required to have 1% egg by the FDA to classify as eggnog. You can get up to 1/3 day’s worth of fat and cholesterol per glass depending on the brand. It is far better for you (and tastier, in my opinion) to whip up your own fresh.
This recipe has only 250 calories, 2.5 g fat, 95 mg cholesterol, and a bonus 7.5 g protein per serving.
For an aged recipe that sounds wonderful (which I will try soon) see Alton Brown’s recipe on Mental Floss.
Ingredients:
2 cups milk
4 tbsp creamer (flavored kinds will add that extra something)
1 tbsp sugar
1 tbsp powdered sugar
2 whole large eggs
1 tbsp vanilla flavoring
Cinnamon & nutmeg to taste
*For an adult version, add 1 cup rum or liquor of choice 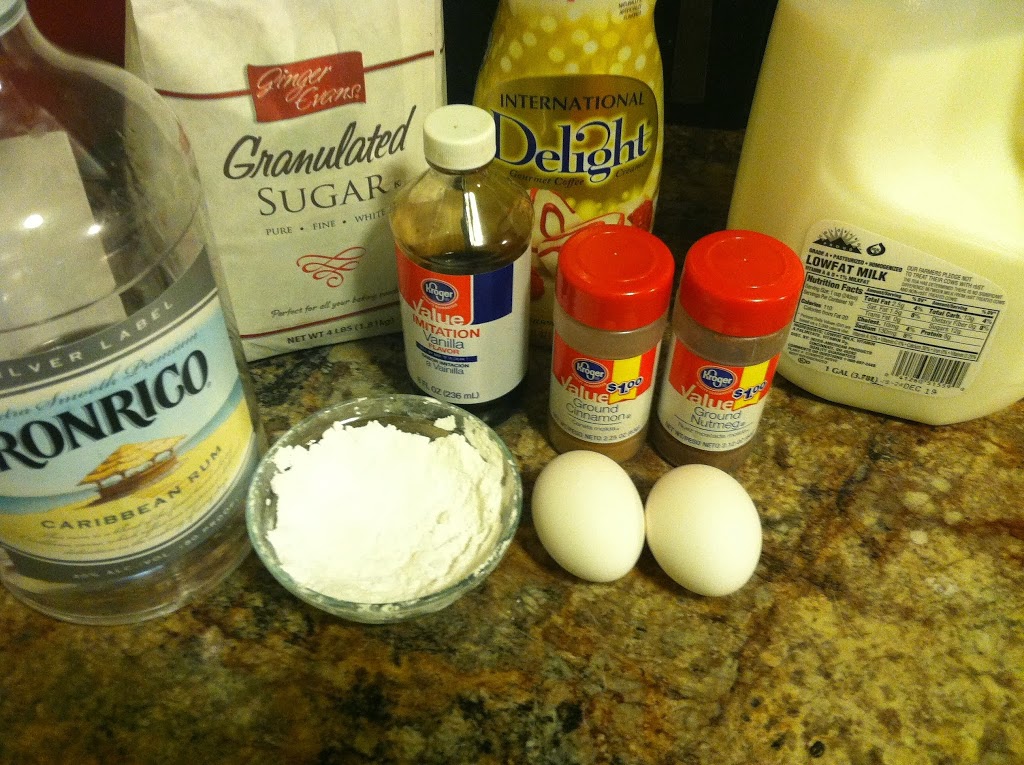 Step 1: Pour all the ingredients into a blender. Blend on high for a few seconds. Pour into a mug and dust with cinnamon. This makes enough for about 4 glasses. 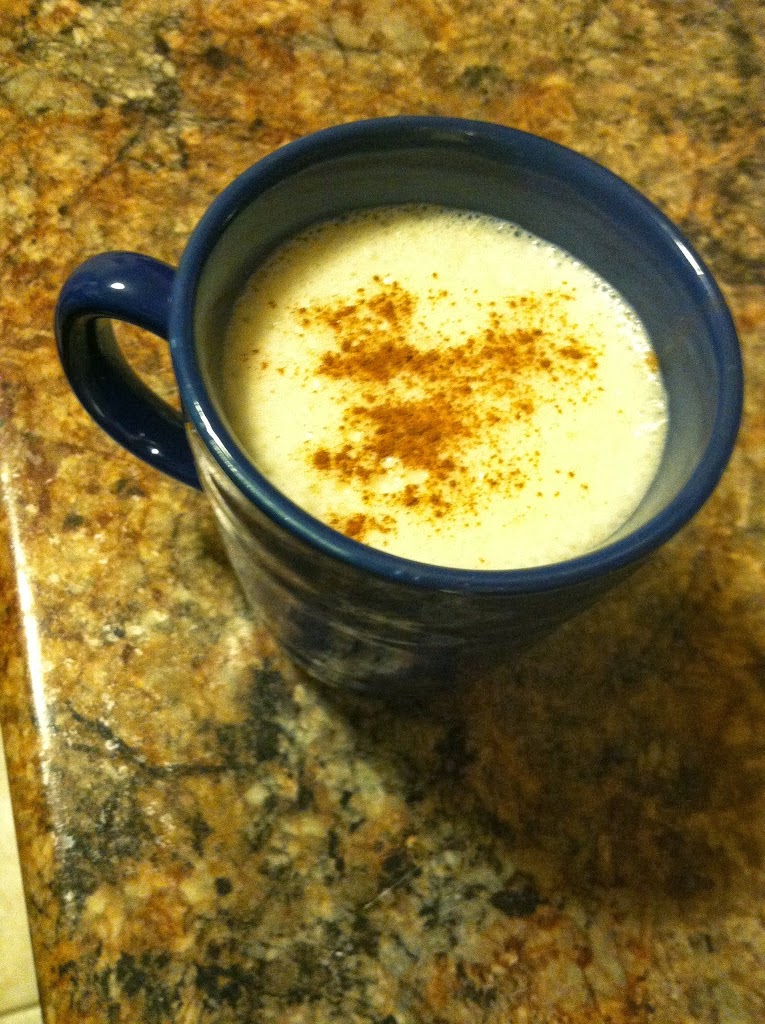 Do you have any other favorite holiday drinks?