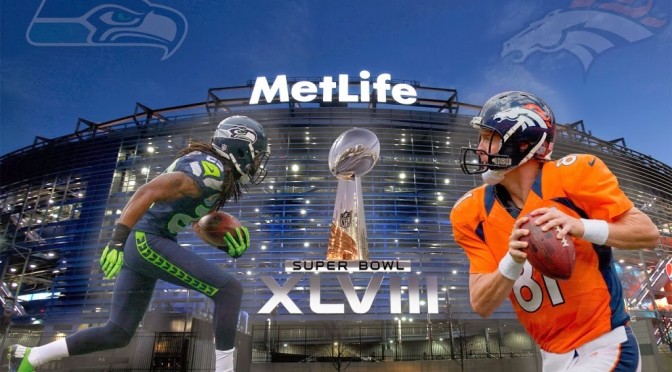 Happy Super Bowl Sunday, world!
Today the Denver Broncos meet the Seattle Seahawks at MetLife stadium in New Jersey, far from either team’s hometown. And in case you missed it, yes, both teams are from state which have recently legalized marijuanna. However, the game is not being played in a state which has that legalized, so fans beware. Also, I’ve never heard it being accused of enhancing performance in sports, so anyone who thinks that is unfair clearly doesn’t know its effects. 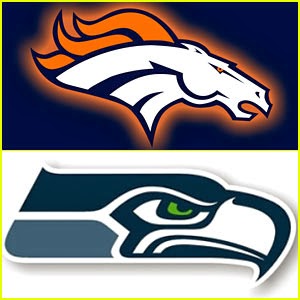 Regardless of who you are rooting for, you are likely either at home with a huge buffet of finger foods, or going to a pub/bar with copious amounts of burgers, chicken wings, beer, and french fries. And, may I say, I am jealous. Since I will be home, working on a midterm exam for my neuroscience course. Nonetheless, as a Denver transplant, I think I’m legally obligated to say, Go Broncos!
.
Once the game is over, and the dreaded Monday rolls back around, all the office gossip will be who caught what pass, how many touchdowns were scored, and which commercials were the funniest/best/worst. And it’s likely many will have a bar food/beer/ buffet hangover.

Not to worry, just in time for the Super Bowl I’ve rolled out my first ever e-cookbook, and this one’s on the house! Seven Souper Soups, packed with recipes like my spicy Mexican-inspired Chicken Tortilla, the classic winter Butternut Squash Soup, hearty yet healthy Sausage and Kale, thick & creamy Baked Potato and more! Including a bonus Peach dessert soup, and cover drawing by Mike over at WebDonuts comics. 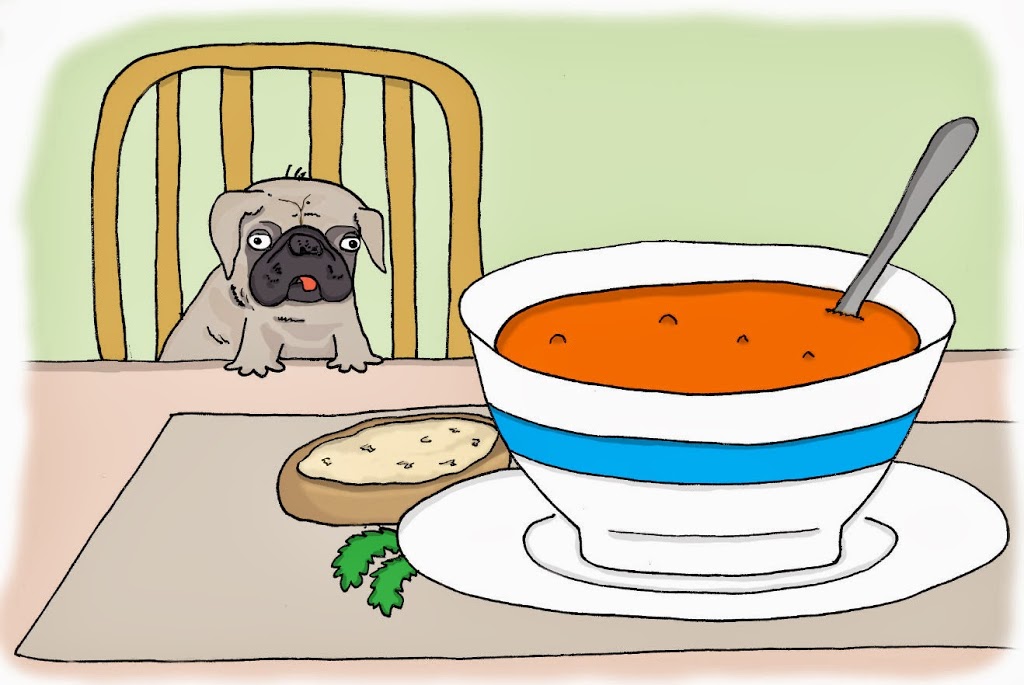 So if you would like a copy of 7 Souper Soups for your very own, I’ve added it to my Google Docs and made it public for anyone to view and comment on:

7 Souper Soups Google Document
You can also email me at BudgetEpicurean (at) gmail.com and I will send you the PDF as an attachment. I hope you enjoy these favorite recipes of mine and share with family & friends. Enjoy today’s festivities, and keep coming back for more! There are several projects in the works, so keep an eye out.