I have a friend who is Asian, and as such eats some foods I, as an American, have not yet tried. I was over her family’s house, and I was offered coconut milk. I said sure, not realizing they meant a real coconut, which her aunt promptly chopped open with a giant butcher knife, stuck in a straw and handed to me.

Fresh, raw coconut water is strange at first, but very refreshing. It has a hint of sweetness, and is supposed to be helpful in reducing inflammation and fever because of its cooling properties.

So now my friend and I had two young coconuts to take home, and I had to make something out of them. I considered coconut cream pie (not the kinda cheater version I made earlier) but it usually uses a more mature coconut because the flavor gets stronger with age.

So the other thing that naturally comes to mind (for those of age) was pina cooladas. I’d never liked them much, but hey, it’s probably better when I make it, most things are. =) 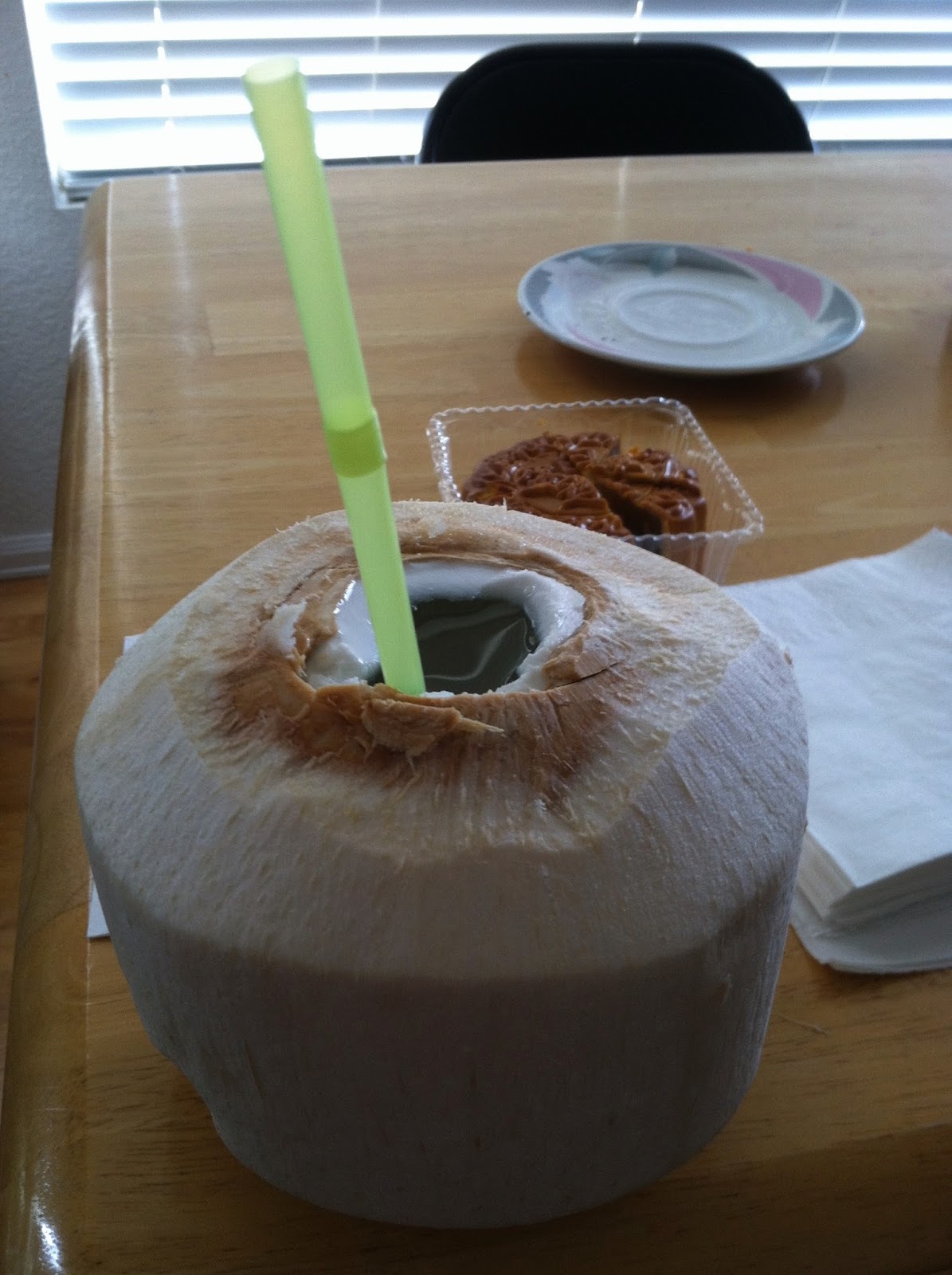 Step 1: Cut at an angle around the top of the coconut. Then stick a knife point into the hull, and cut a circle out of the top. Pop the top off with the knife and enjoy the tasty juice, or use it in the drink or other smoothies. 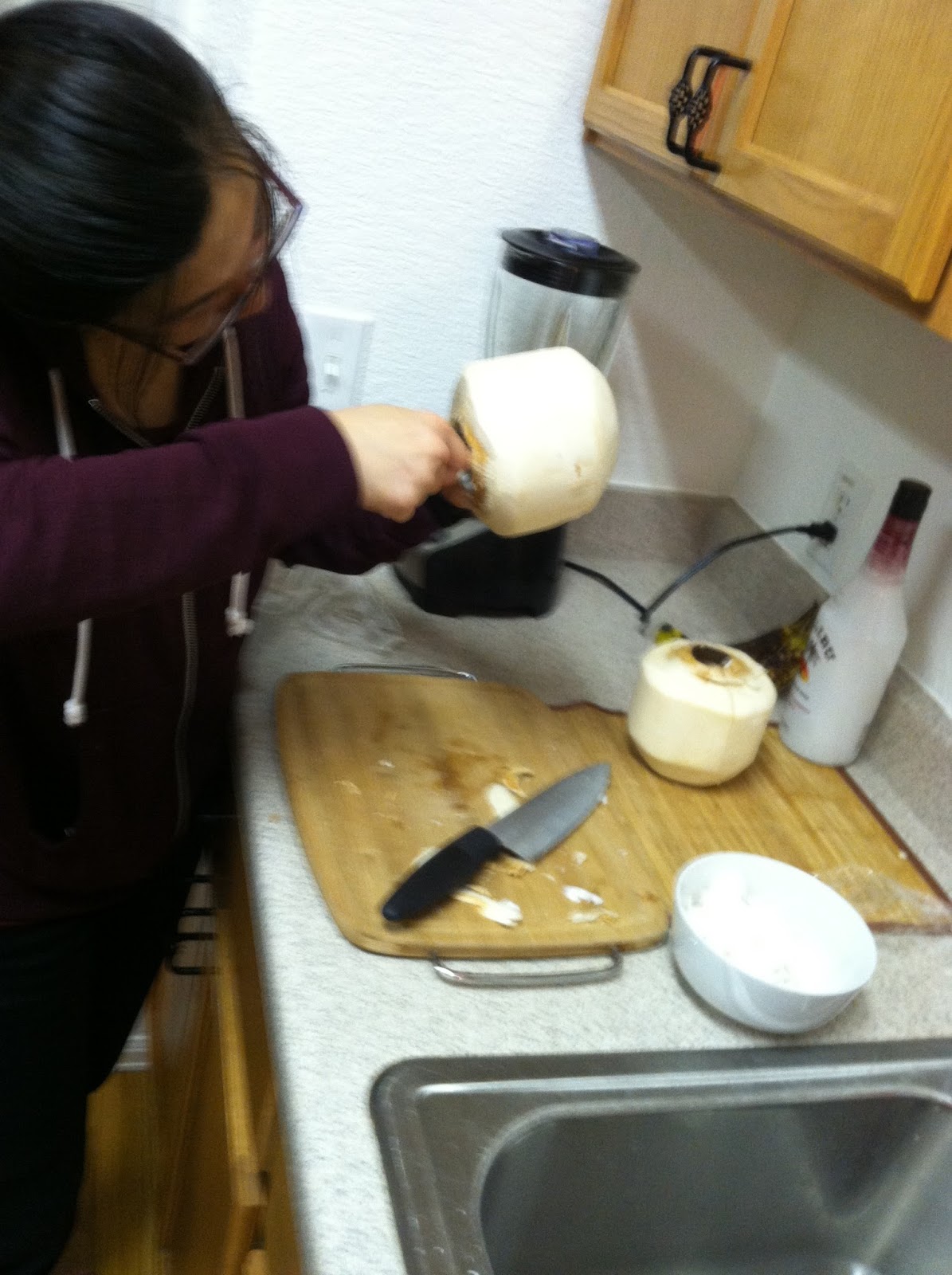 Step 2: Scoop out all the meat with a spoon and put it into a bowl or right into the blender. 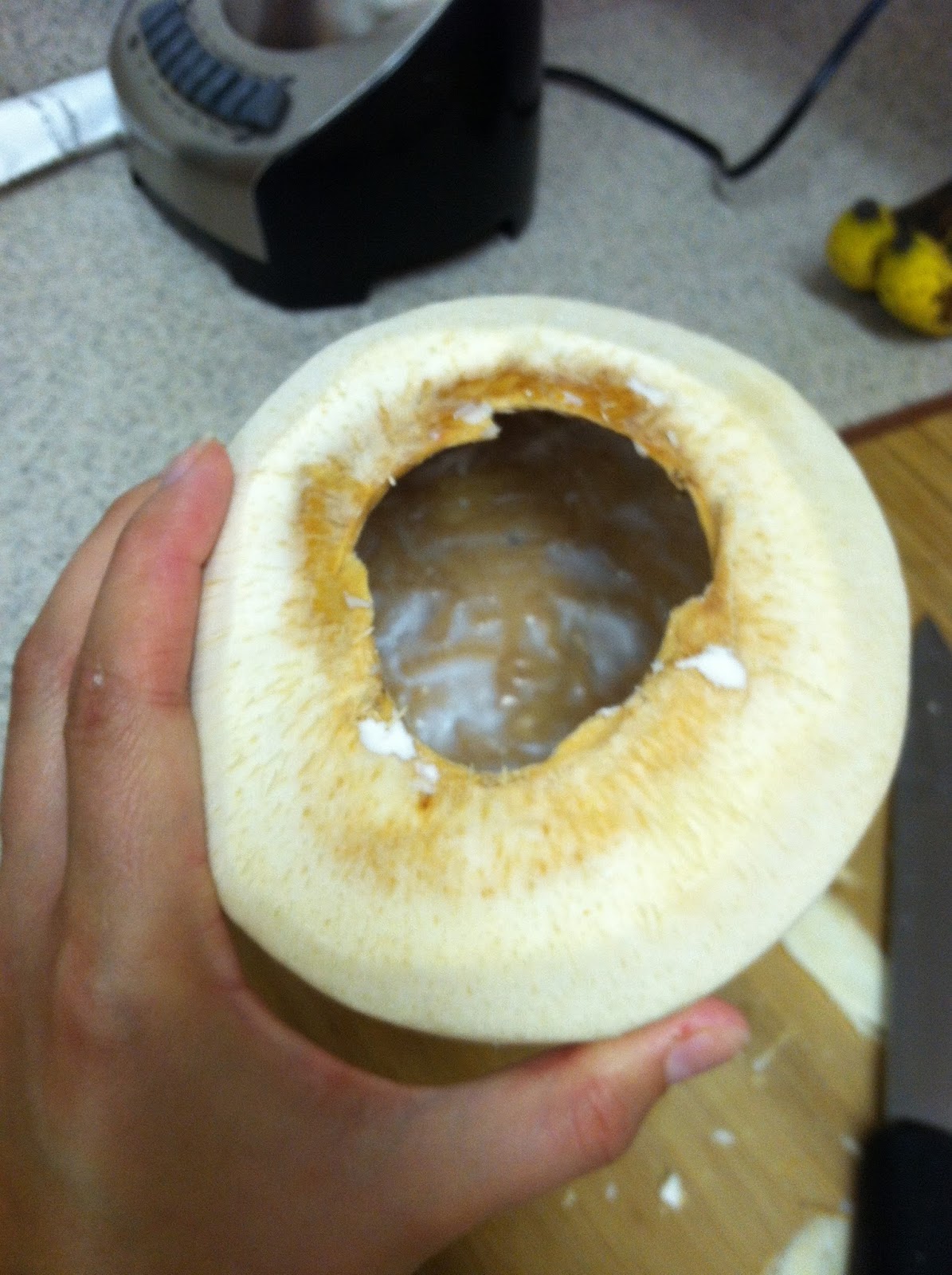 It might be difficult, so use the spoon to pry the meat from the edges first. 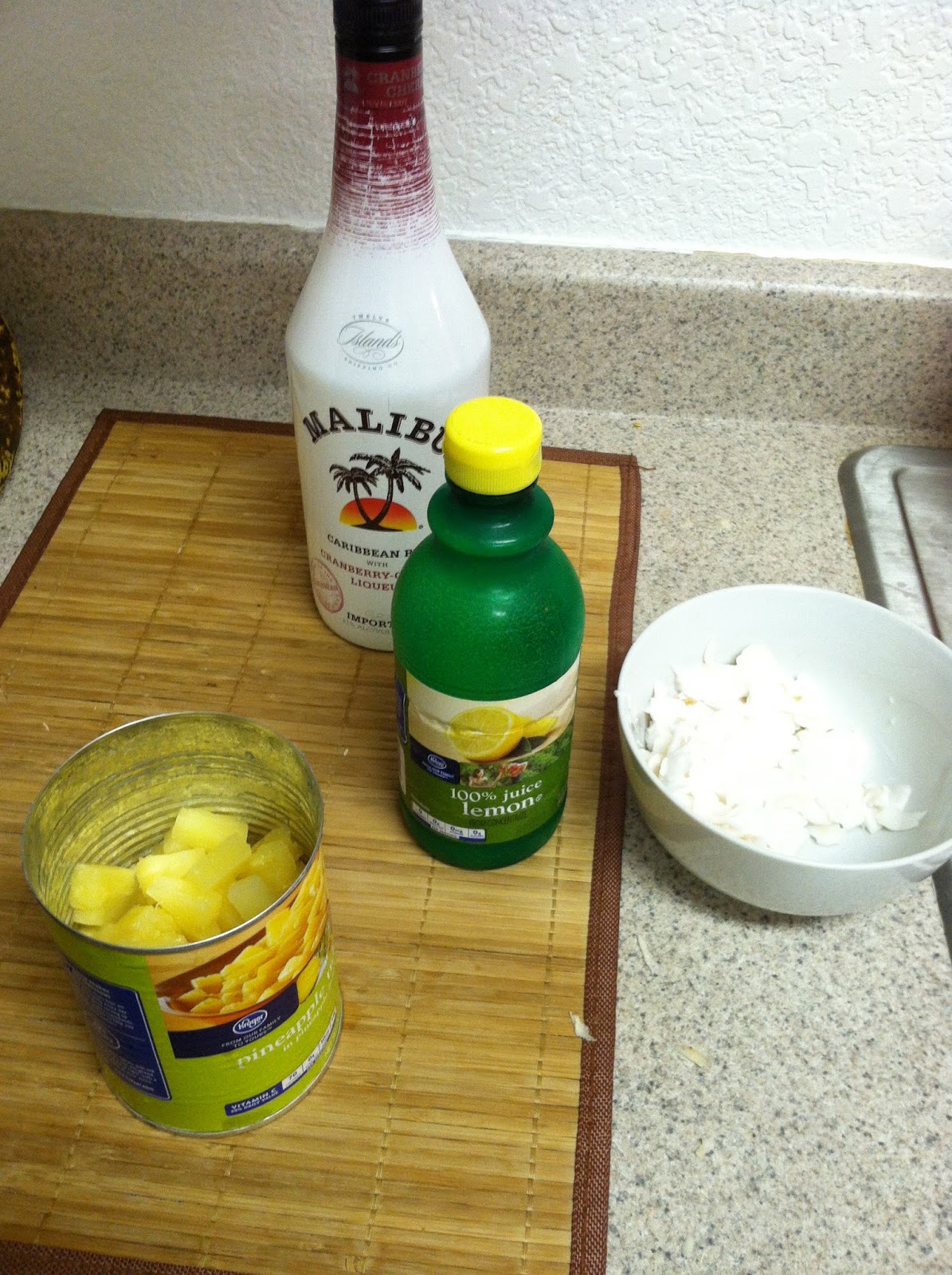 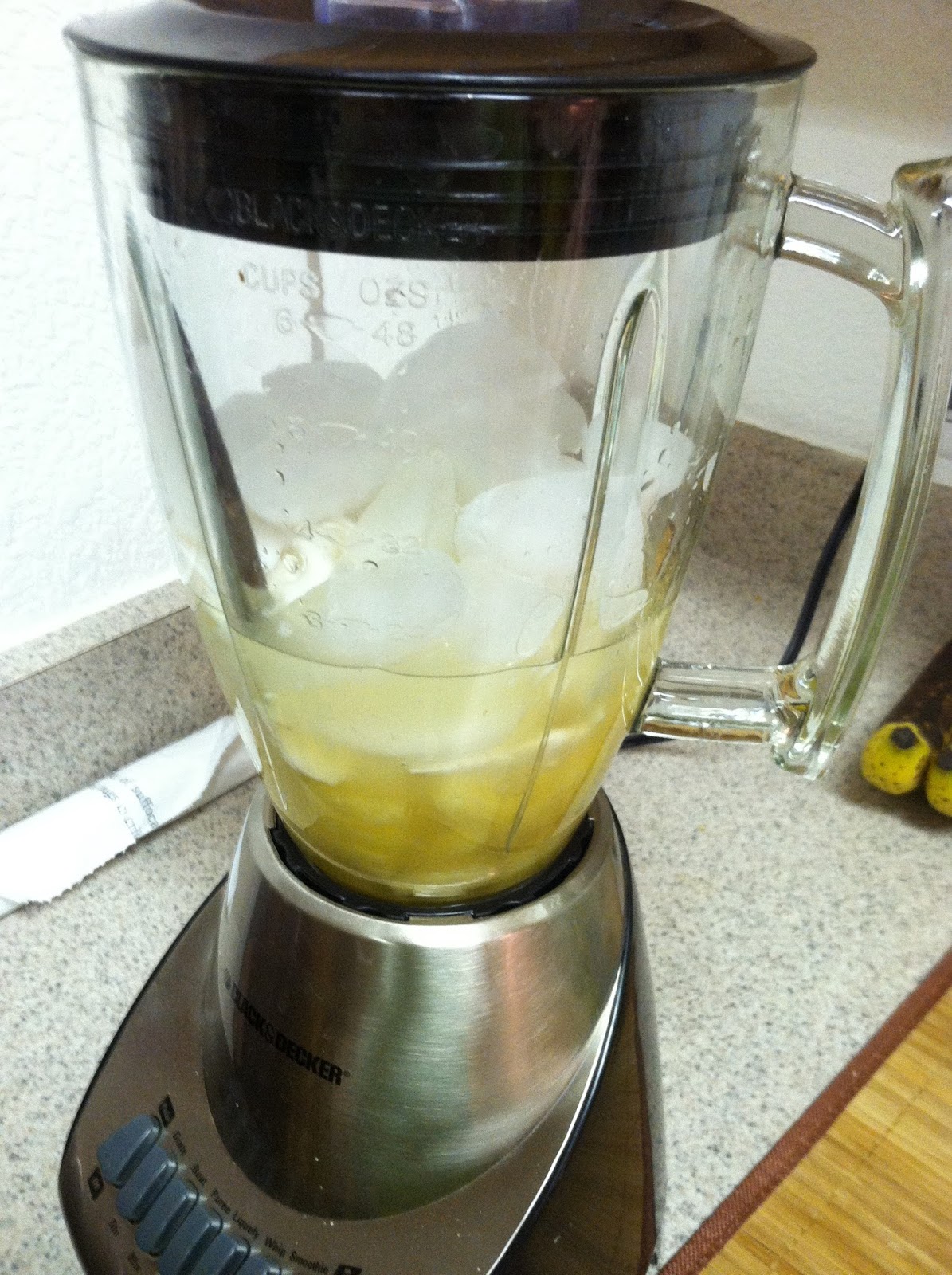 Step 3: Add ice and blend well. Pour into a beverage container and enjoy! 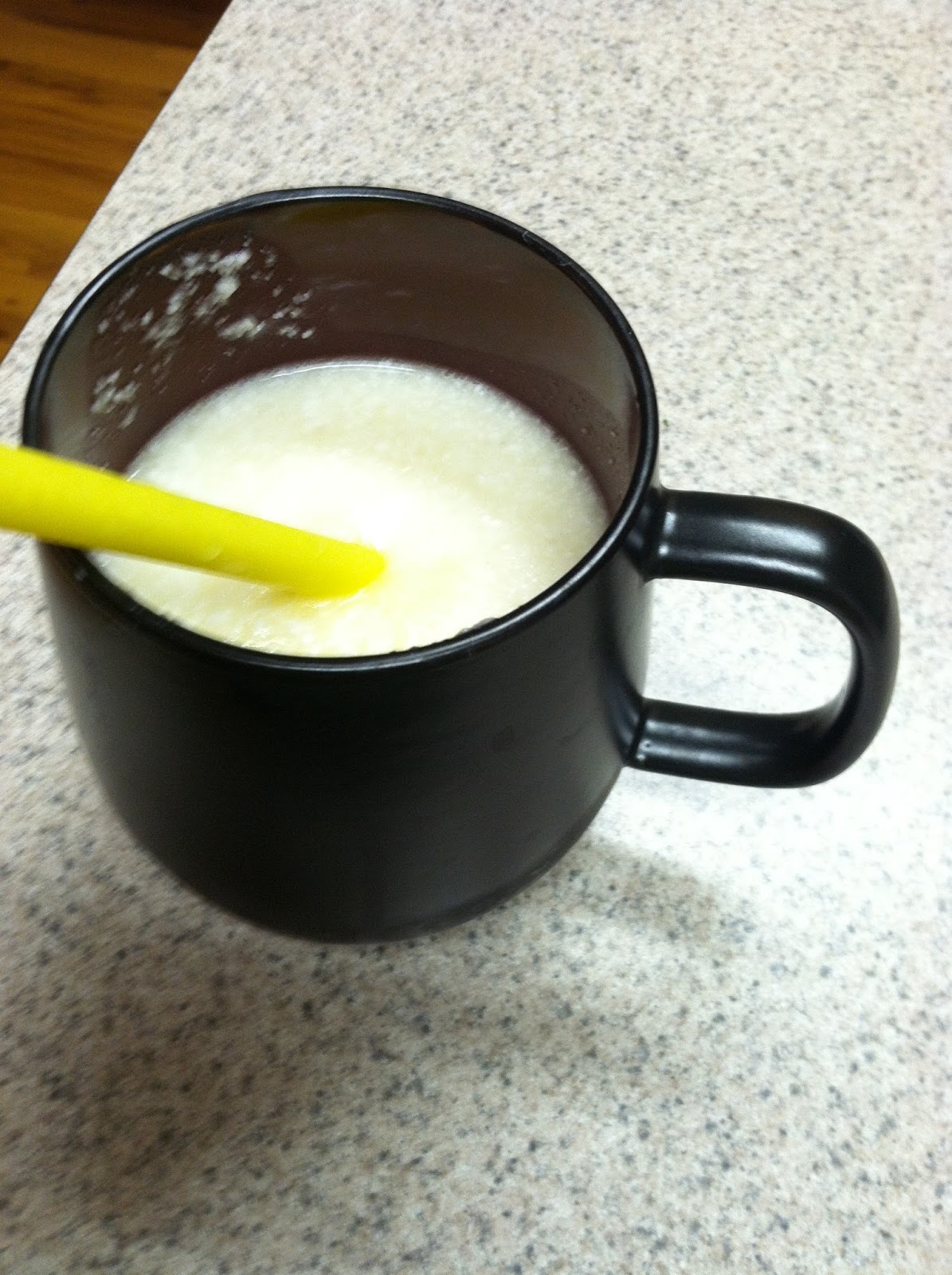 This would be adorable for a party with some pineapple wedges or maraschino cherries. I read some recipes that used cherry juice or cherries too, hence the cherry rum. The coconut is smooth and cool, the pineapple acidic and bright, the cherry sweet and tart and the lemon juice adds that citrus zing.

A great summertime beverage, and quite healthy for you too (minus the booze part).