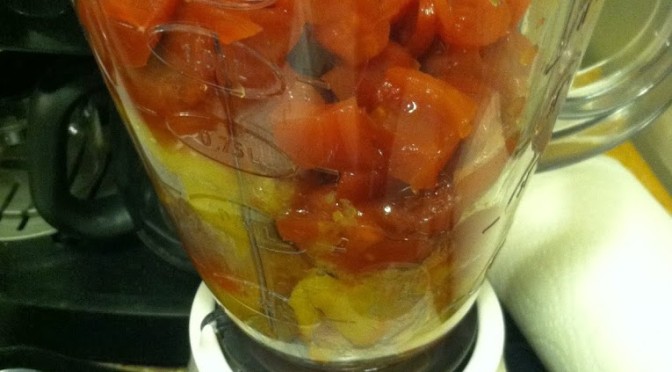 Pizza is popular in nearly every country and among all age groups. Who can resist a chewy doughy crust, tangy or creamy sauce, and toppings to make your mouth water? With infinite variations, pizza can range the gamut from a whole-grain & veggie-packed near-health-food to an unapologetic grease-laden diet disaster. Everyone has their own favorite topping and style.
Of course most people know that pizza is native to Italy. The History Channel website wrote up a nice article about the history of pizza you should check out for more information. The city of Naples, founded in 600 B.C., was home in the 18th & 19th centuries to a large working-class poor population. As such, they needed food which was cheap and easy to eat quickly. Flat bread baked with various toppings such as tomatoes, garlic, olive oil, and cheese, met this need. However, pizza did not catch on worldwide until the late 1940s.
Italian immigrants to America brought these recipes with them when they immigrated in search of jobs. Quickly, the smells and tastes of these flat breads began to grow in popularity, and local custom varieties began springing up. Toppings branched out from the typical tomato, basil, cheese, or anchovies and grew to include things like pineapple, BBQ chicken, bacon, and even dessert pizzas. Chicago became known for its “deep-dish” pizza with inches-thick crust, while New York City style meant thin crust pies with a slice bigger than your face. Chains spring up and now popular American-founded brands are represented in over 60 countries worldwide.
This pizza I came up with was made with a bare minimum of ingredients, the dough does not need time to rise, and I packed in the veggies. The acorn squash hidden in the sauce makes it a bit sweeter than I’m used to, which I didn’t mind. But if it’s too much, try adding tomato paste and olive oil rather than diced tomatoes. And as always, don’t be afraid to experiment! Have some asparagus left in the fridge? Ran out of mozzarella but have some blue cheese? Want to spice it up with jalapenos? Go for it!
Ingredients:
DOUGH
2 1/2 cups flour
1/2 tbsp sugar
1 tbsp salt
1 1/2 cup warm water
SAUCE
1 can diced tomatoes
1 acorn squash
Dash Italian seasonings
Dash garlic salt
TOPPINGS
1/2 cup spinach
1/2 jar roasted red peppers
Handful banana pepper rings
~2/3 cup mozzarella cheese
Step 1: Cut the squash in half and microwave 5 minutes, cut side up, with water in it. Flip and microwave another 5 minutes. Repeat until the squash is fork-tender and peels easily.
Step 2: In a blender, combine the can of tomatoes (with juice) and squash. Blend until it makes a smooth puree. Add spices here. 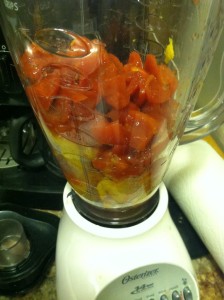 Step 3: In a large bowl, mix the dough ingredients. If too stiff, add more water or olive oil. If too wet or sticky, add extra flour. Sprinkle some flour on a flat surface and roll the dough out. Use your hands to shape it into a circle. 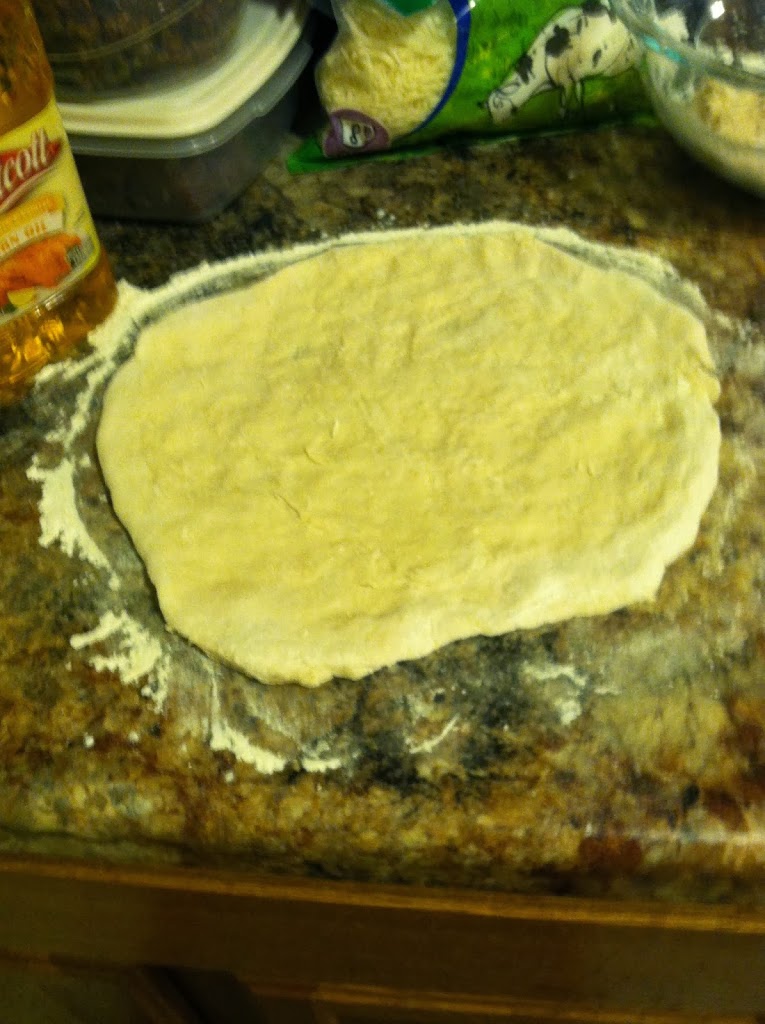 Step 4: Spread the sauce over the dough, leaving about 1 inch around the edges for crust. Layer on the toppings. 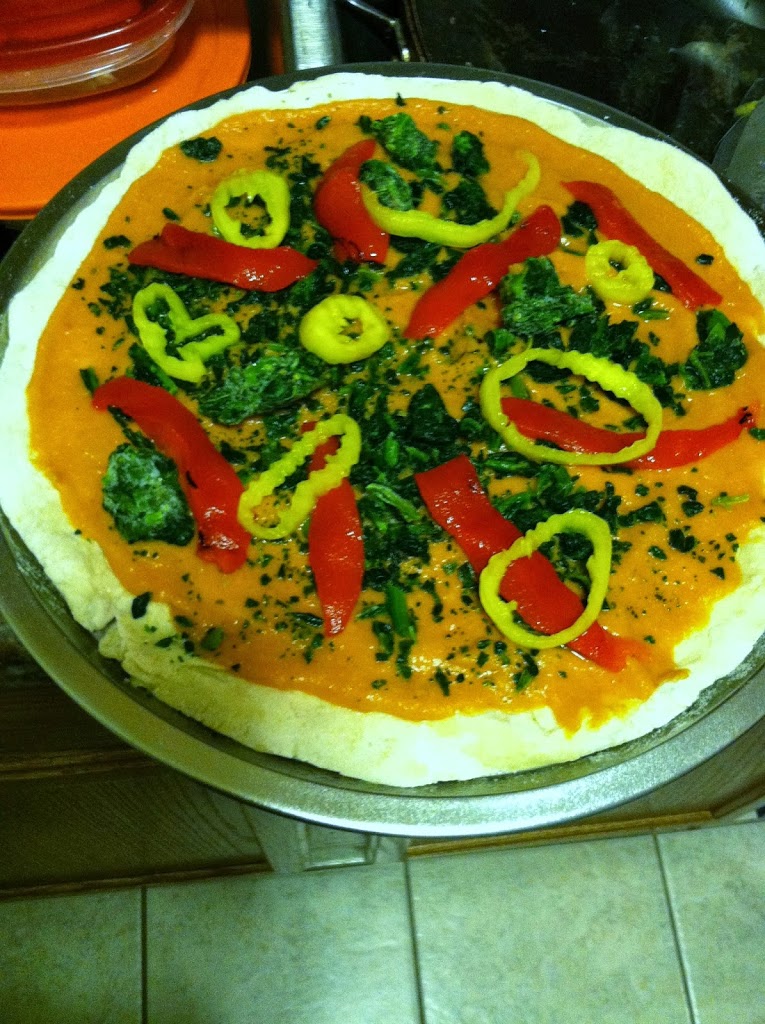 Step 5: Cover it all in cheese. You can substitute vegan cheese or just leave it off for a vegan pie. 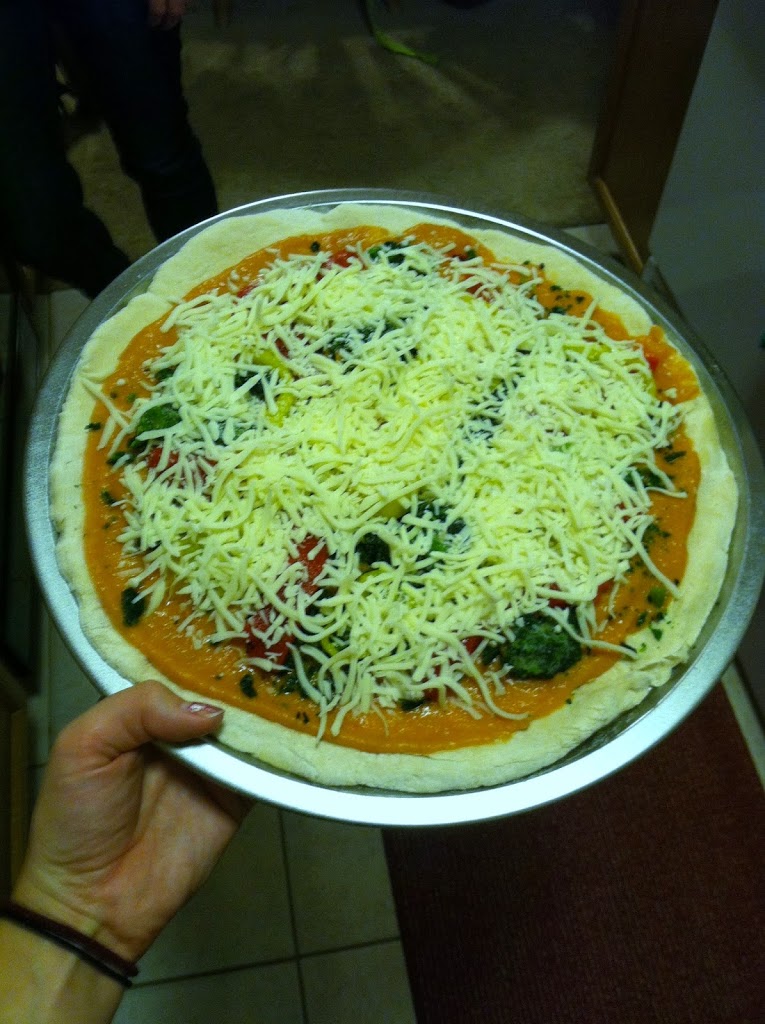 Step 6: Bake on a pizza pan or cookie sheet at 350 for about 40 minutes, or until golden brown and bubbly. 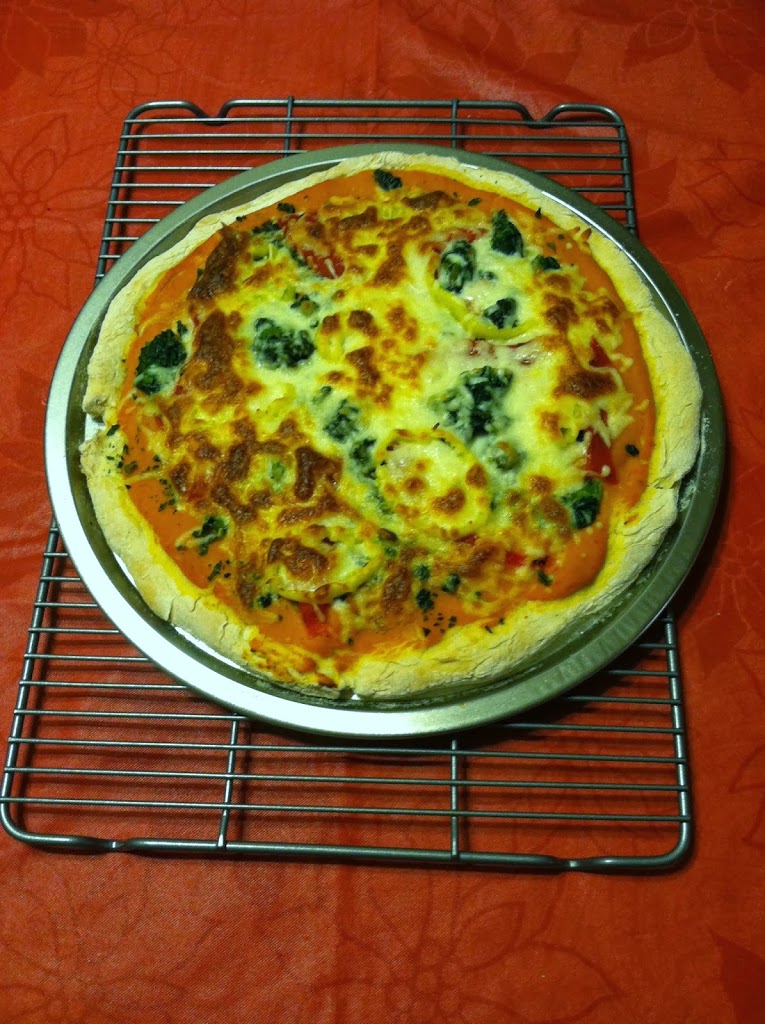 Let it cool on a rack if you can wait that long! 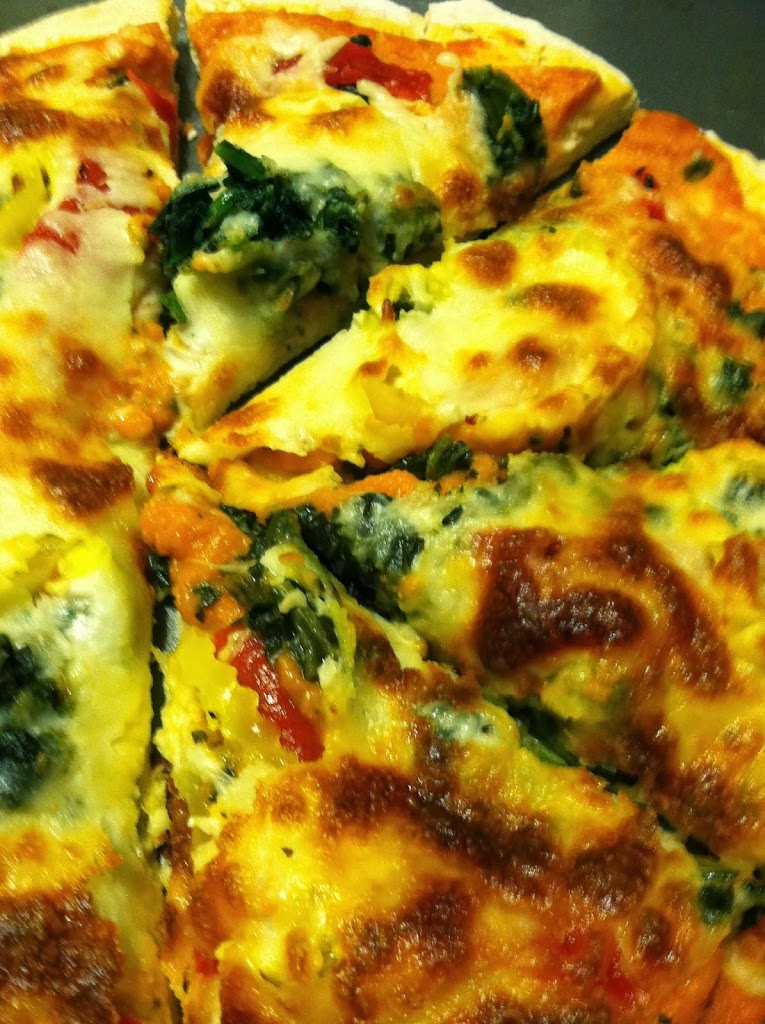 Thanks Italy!
What’s your favorite kind of pizza?