You may think I’m weird for saying this, but I don’t like pizza that much. I know, how un-American of me. I will eat it if it’s around, and I get an occasional craving for a weird one like chicken bacon ranch, but in general if asked what I want for dinner, the answer will not be Little Caesars.
.
My current S.O. could literally live off pizza and burritos. So we found a compromise, making our own pizza. That way I can have the things I want on it (veggies) and control the sauce, and he can have what he wants (as much meat as possible) at the same time. This is our version of men are from Mars, women are from Venus, in the kitchen.
.
Ingredients:
1 tube pizza dough (about $2 at grocery store)
1 jar pizza sauce (~$2)
.
Toppings of choice: Female half
Spinach & mixed greens
Onions & peppers julienned
Zucchini
Mozzarella cheese
Pineapple
.
Toppings of choice: Male half
Deli ham
Ground beef (pre-cooked, left over from burritos actually)
Bacon
Mozzarella cheese
Pineapple
.
Step 1: Cook the meat if needed, spray a 9×13 oven safe pan. Roll the pizza dough out flat and press to the sides of the pan.
.
Step 2: Spread on as much sauce as you like. I don’t like most pizzas because I end up scraping a cup of sauce off my slices, so I put it on thin.
.
Step 3: Layer the toppings. 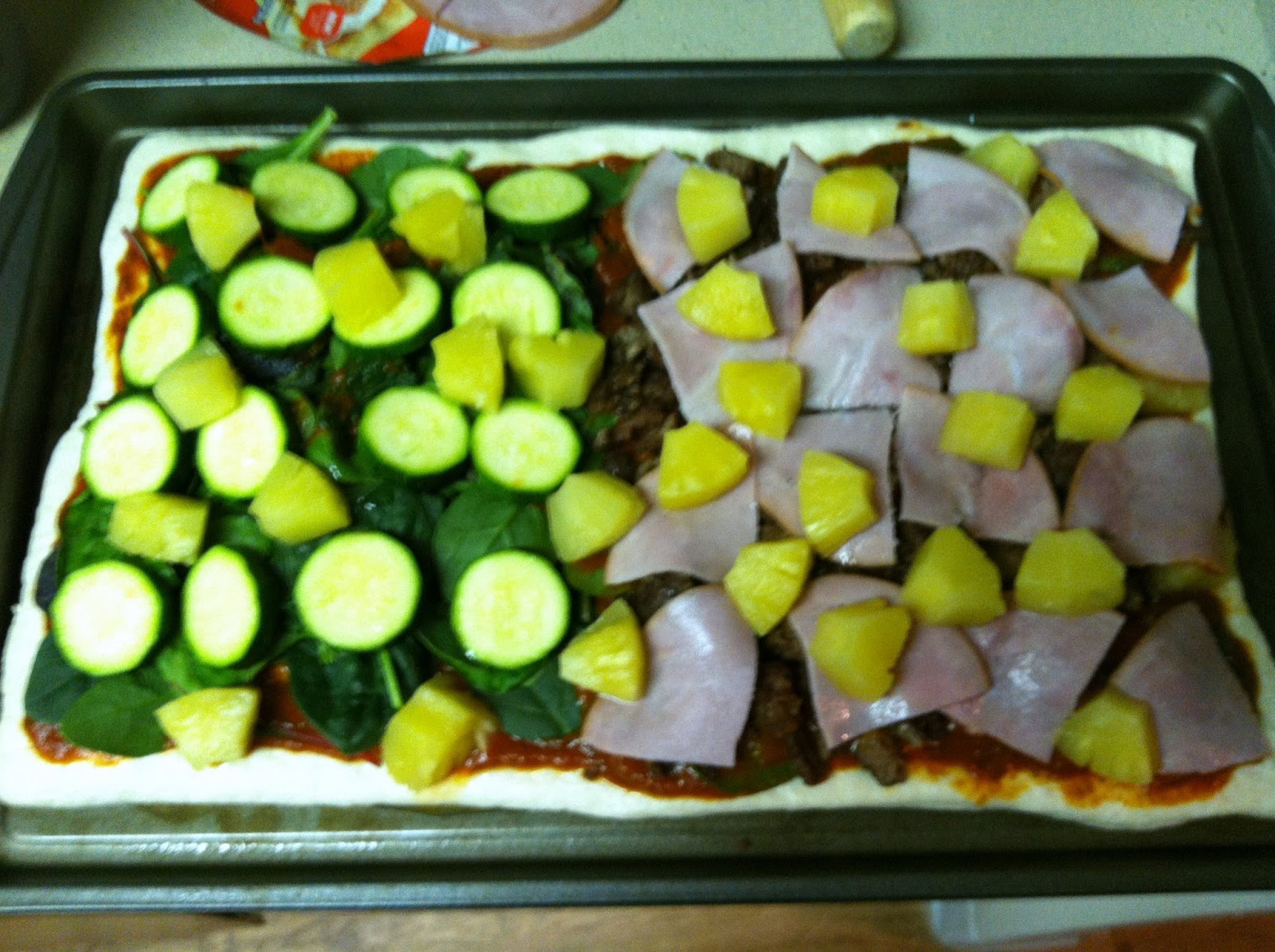 Step 4: Cover in as much cheese as you can handle. Because cheese is sent from heaven to make all foods taste better. Some calories are just worth it.

Step 5: Bake at 425 for ~20 minutes or until crust is brown and crispy and cheese is bubbling. 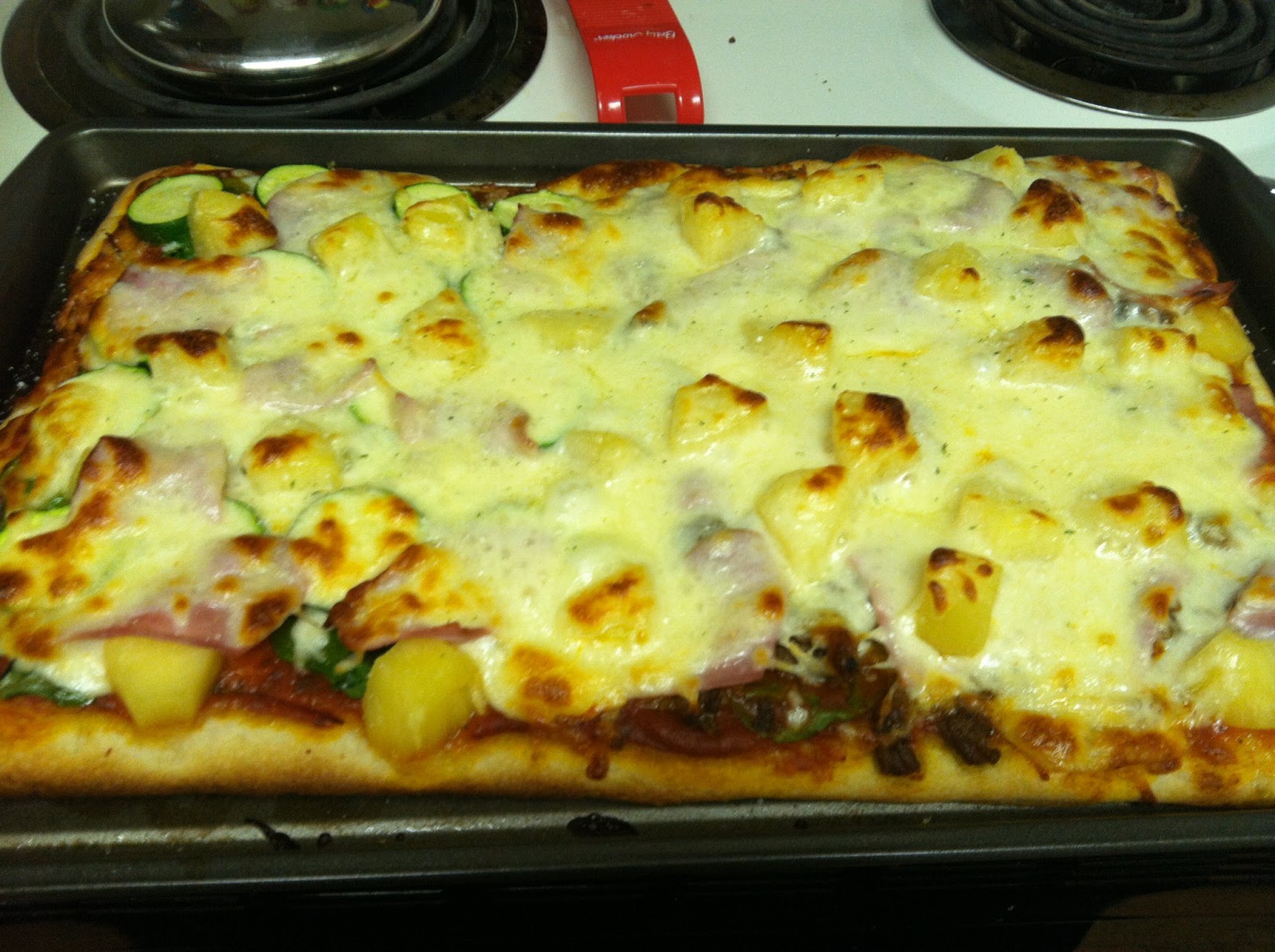 This recipe is as varied as your imagination, nearly any meat or vegetable can be a pizza topping, so if you like it then go crazy! You can use veggies left over from other meals. It’s easy to make a vegetarian (or even vegan without the cheese) pizza.

You can fold the dough in half to make a smaller deep-dish pizza. Try a bunch of variations and find what you like best.  No matter what you put on yours, its likely to still be much cheaper and healthier than a purchased one.