This was inspired by what I had around the house. I bought a pie crust cheap a month ago, and we had some fruits that were getting to the mushy use-me-soon stage. All the pie recipes I found were for banana cream pie, some more complicated than others. One suggested just using banana pudding, so I thought, why not just add the peaches to it? Turns out pudding takes a long time to solidify, so maybe use less milk… 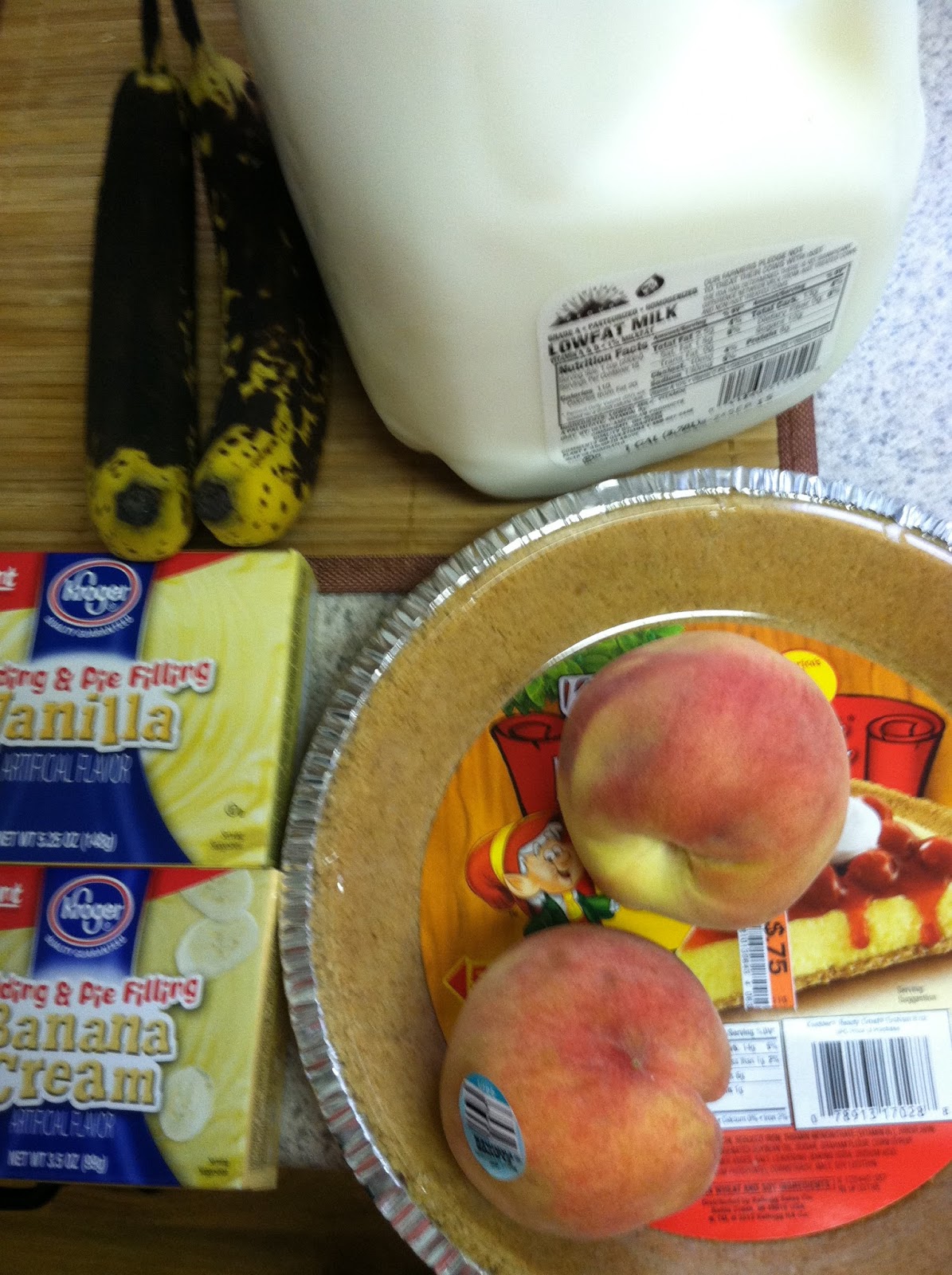 Step 1: Line the pie crust with sliced up banana. 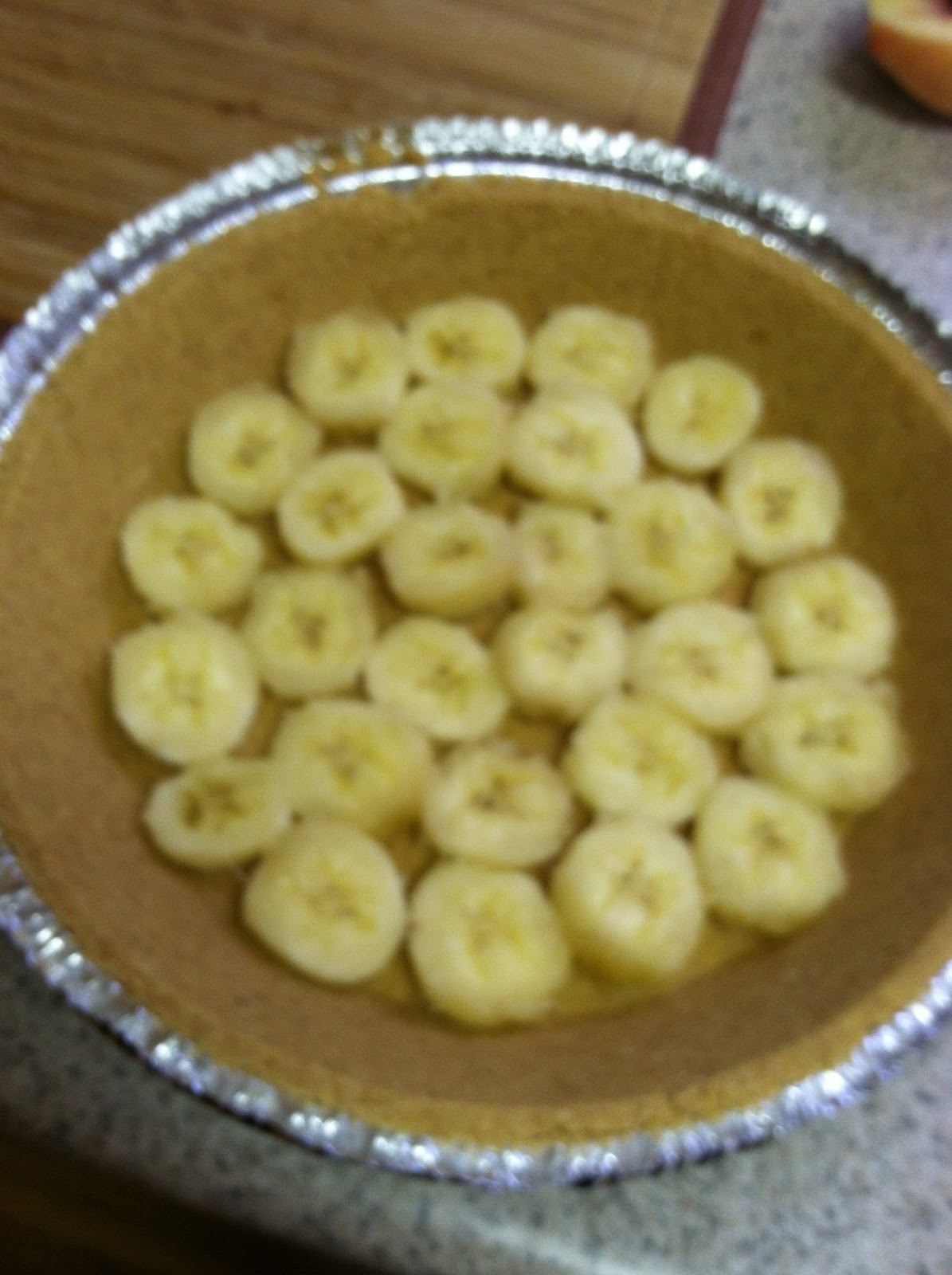 Step 2: Mix the pudding and milk. Blend up the peaches (I used 1 1/2 and saved half for garnishing the pie) and add to the pudding. Since I’m lazy I just blended all of it. Also threw in a few raspberries for color. 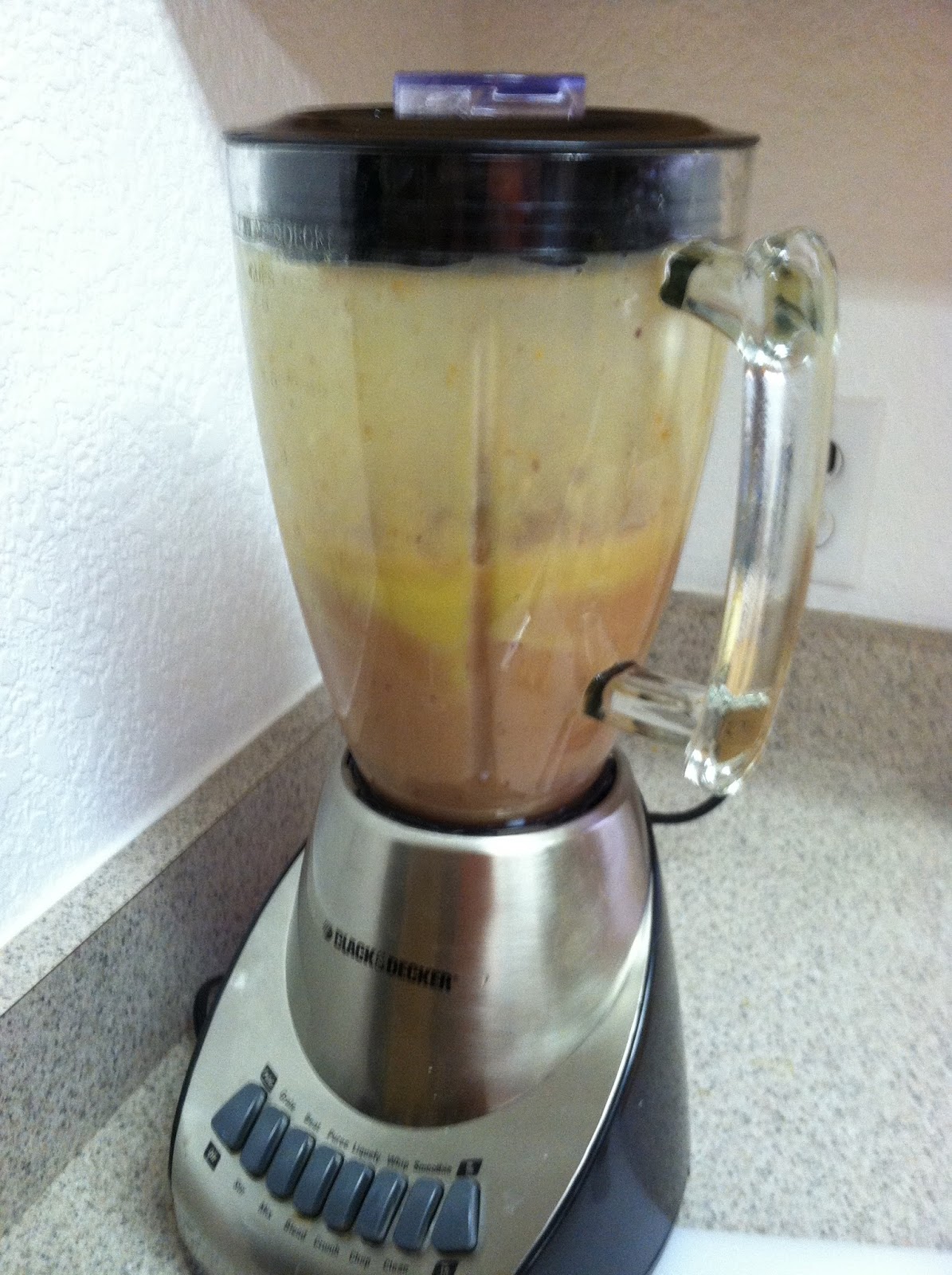 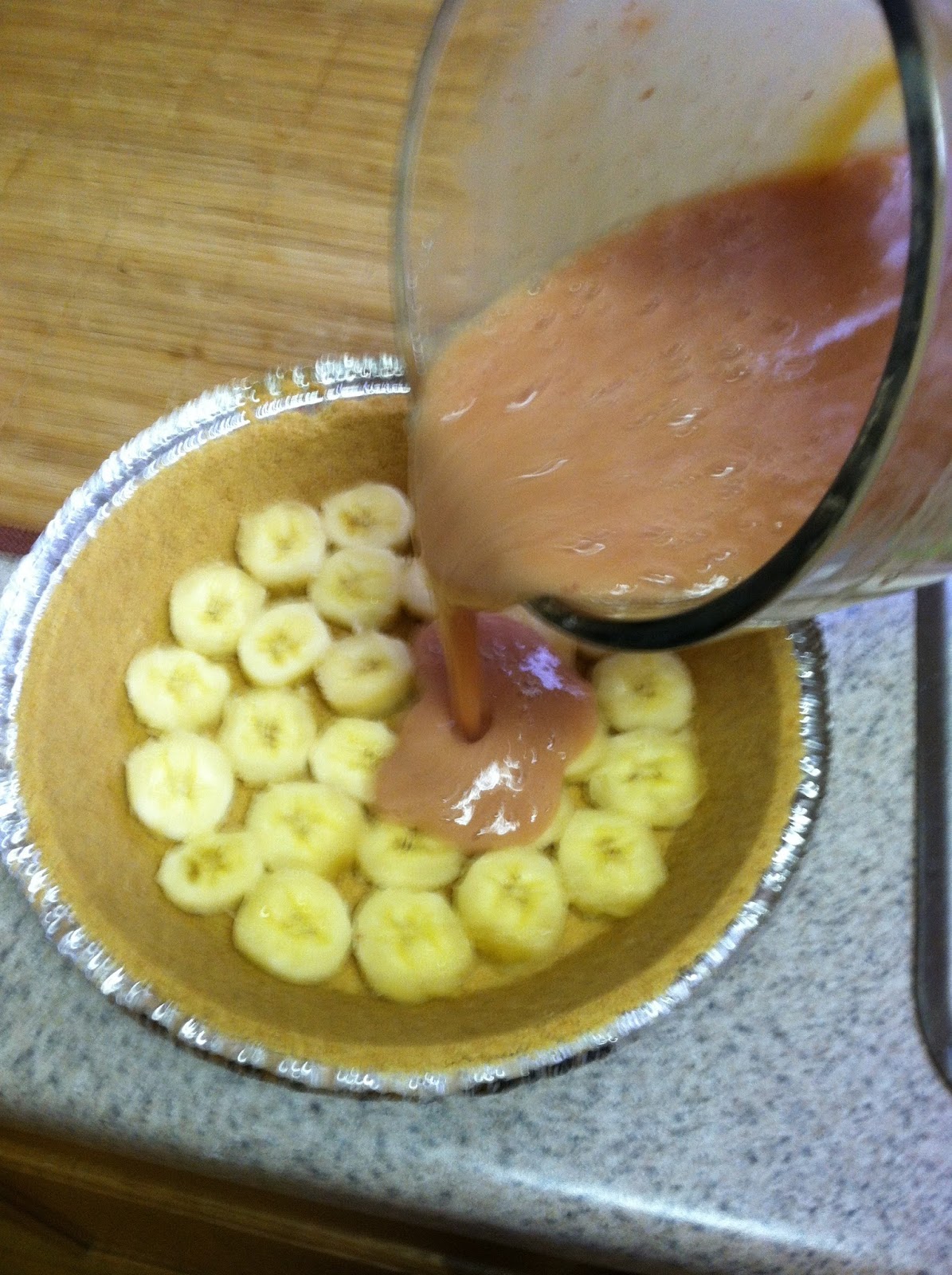 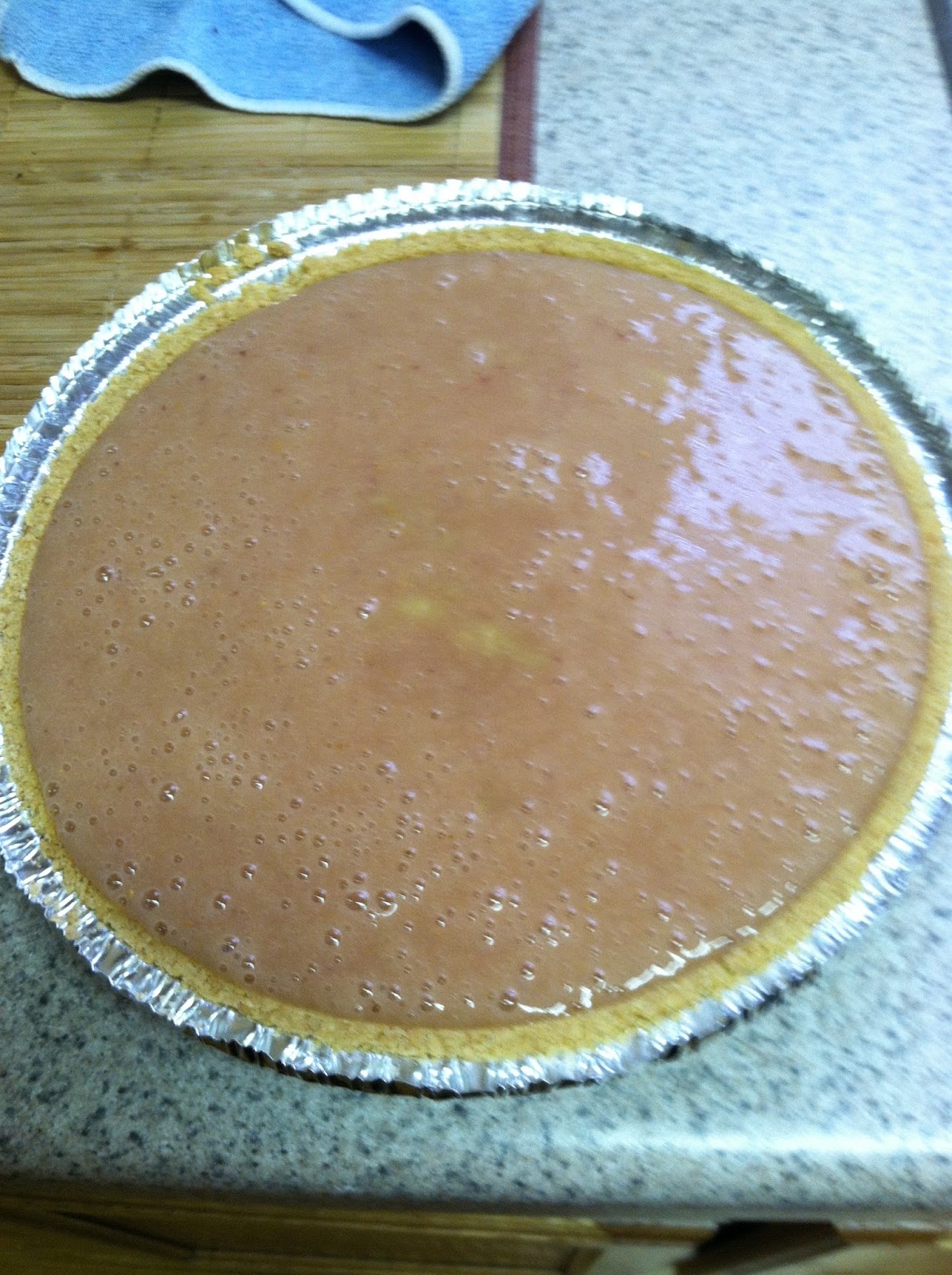 That’s it! Refrigerate for at least an hour, or until the pudding sets. Garnish with pieces of fruit if you like. 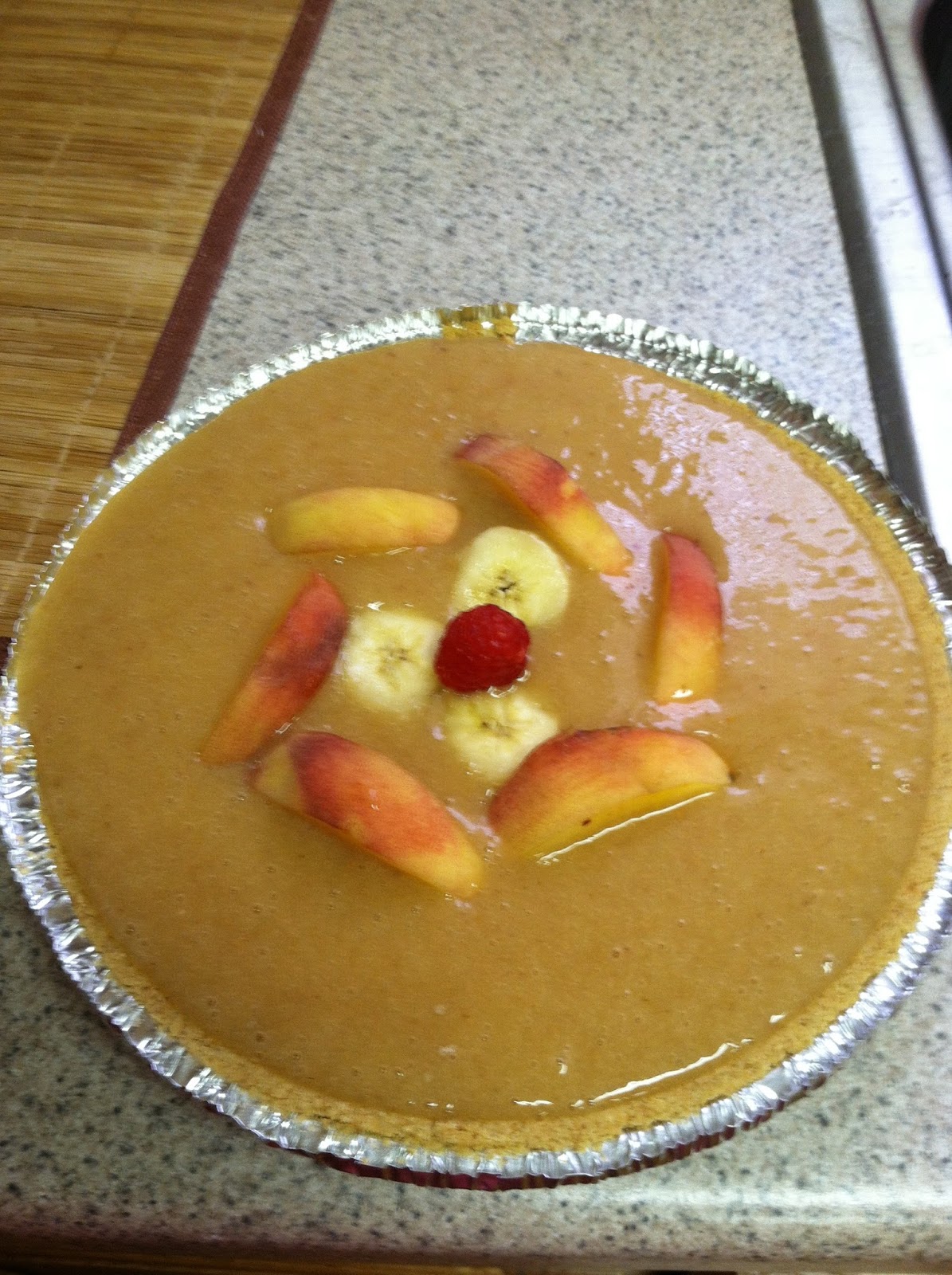 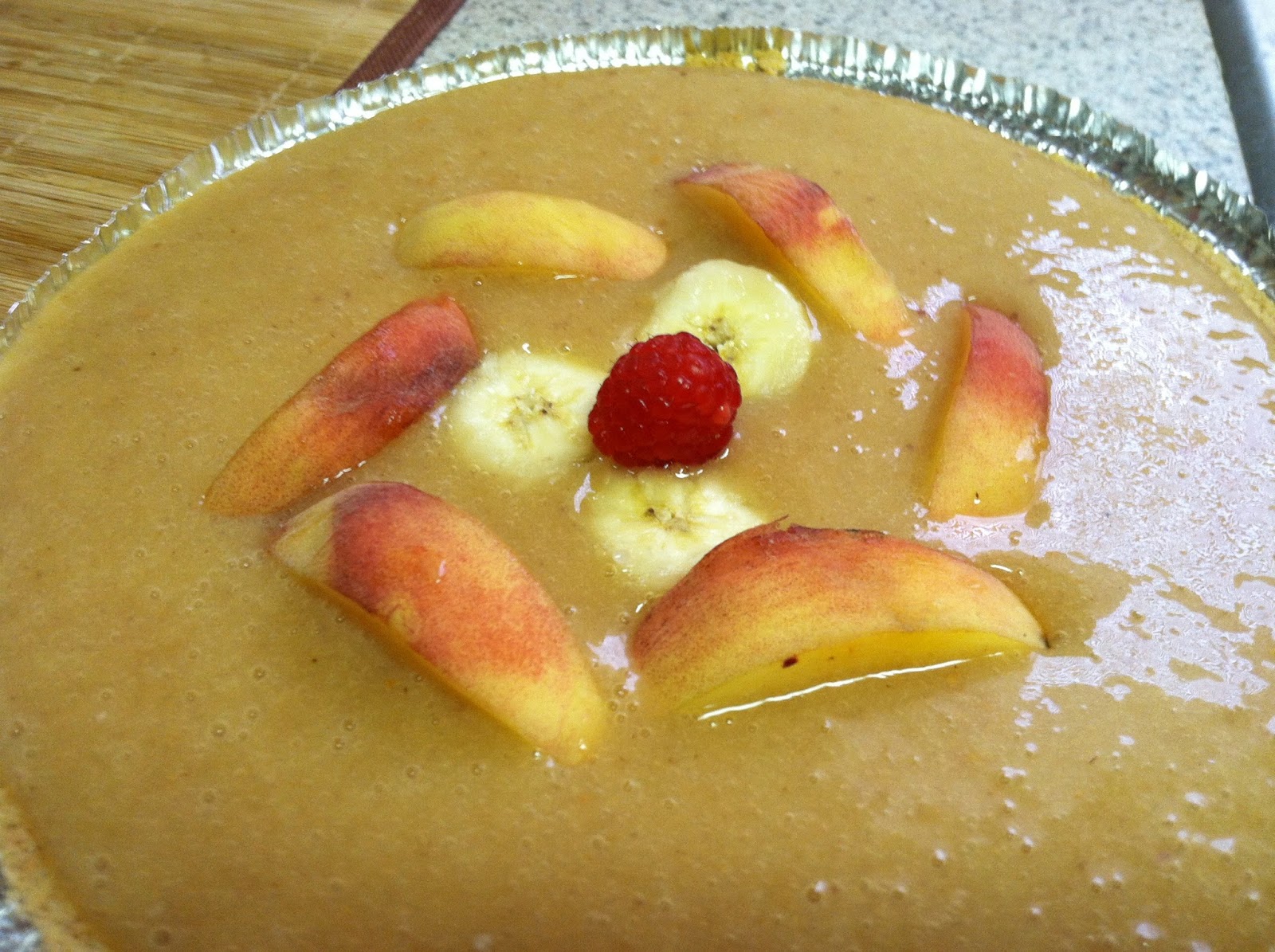 We waited over 2 hours and it was still rather liquid, so we put it in the freezer. Bad idea, defrosting it the next day lead to total mush, plus the crust was now mush too. I’d definitely recommend using maybe half the milk suggested next time… Still tastes delicious! Use whatever fruits you like, kiwi, strawberry, blueberry, pears. You could play with pudding type, maybe try butterscotch or chocolate too.