So I had bought a small chunk of ham for sandwiches, and still had a few slices left. I wanted to use them up, and I also had some potatoes, of course my first thought was ham & scalloped potatoes! It’s one of my favorite baked dishes, and sounded like a good idea. In order to get my boyfriend to eat it, I added his favorite ingredient: sour cream. To rationalize it to myself as healthy, I added veggies: green onion and corn.
Ingrdients:
2 small potatoes, peeled and sliced thin
1/4 cup flour
1 cup ham, cubed
1/2 cup milk
1/2 cup cheddar cheese
1/2 container sour cream
1/2 cup corn
1/4 cup sliced green onion
Natures Seasoning, or salt & pepper to taste
Step 1: Peel the potatoes and slice as thinly as possible. Lay half in the bottom of a greased 8×8 dish. Sprinkle the flour and seasoning over them. 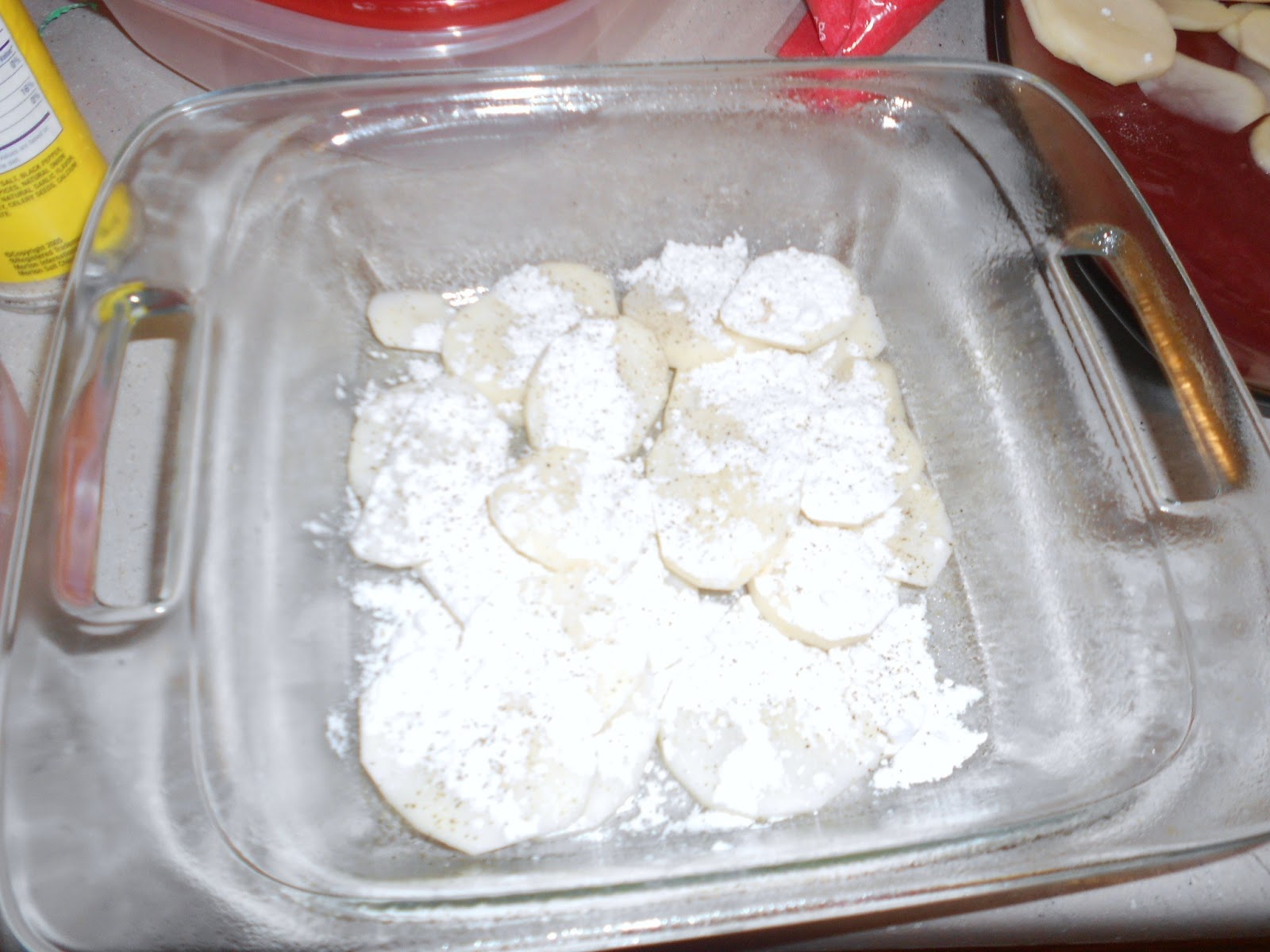 Step 2: Layer on the diced ham. Spread a thin layer of sour cream, sprinkle in some green onion and corn kernels. 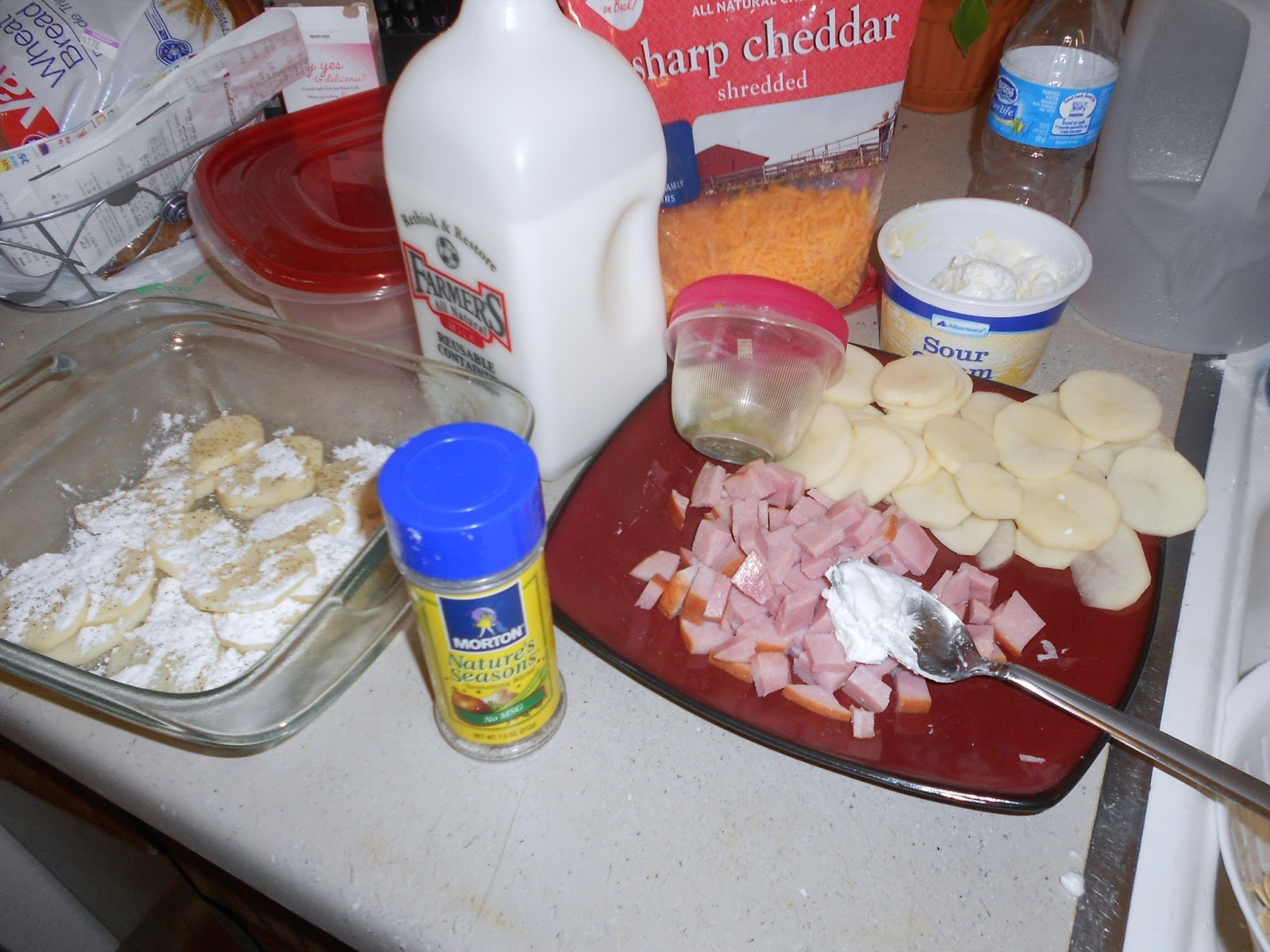 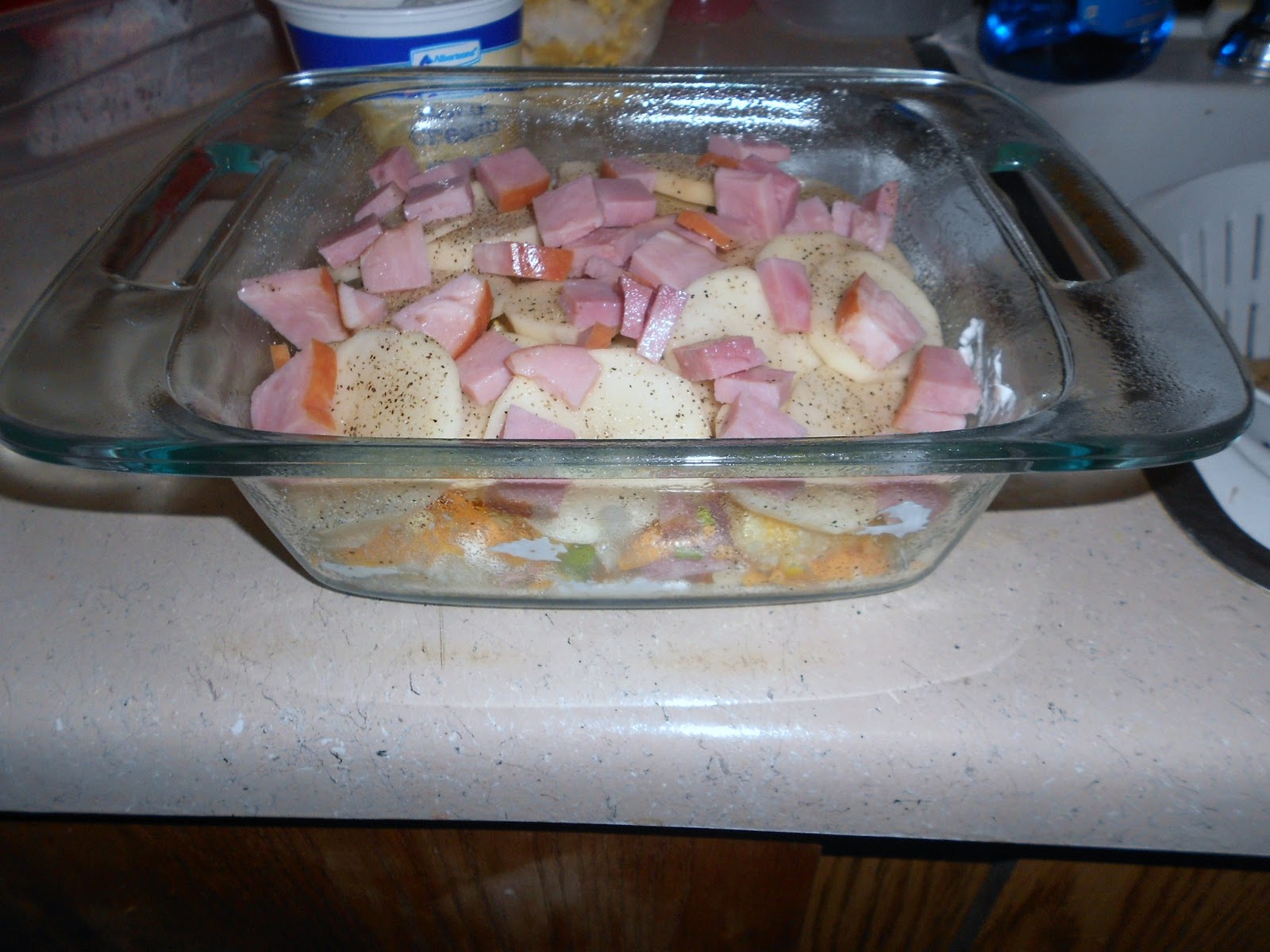 Step 4: Cover with the rest of the sour cream & cheddar cheese. Pour in the milk. 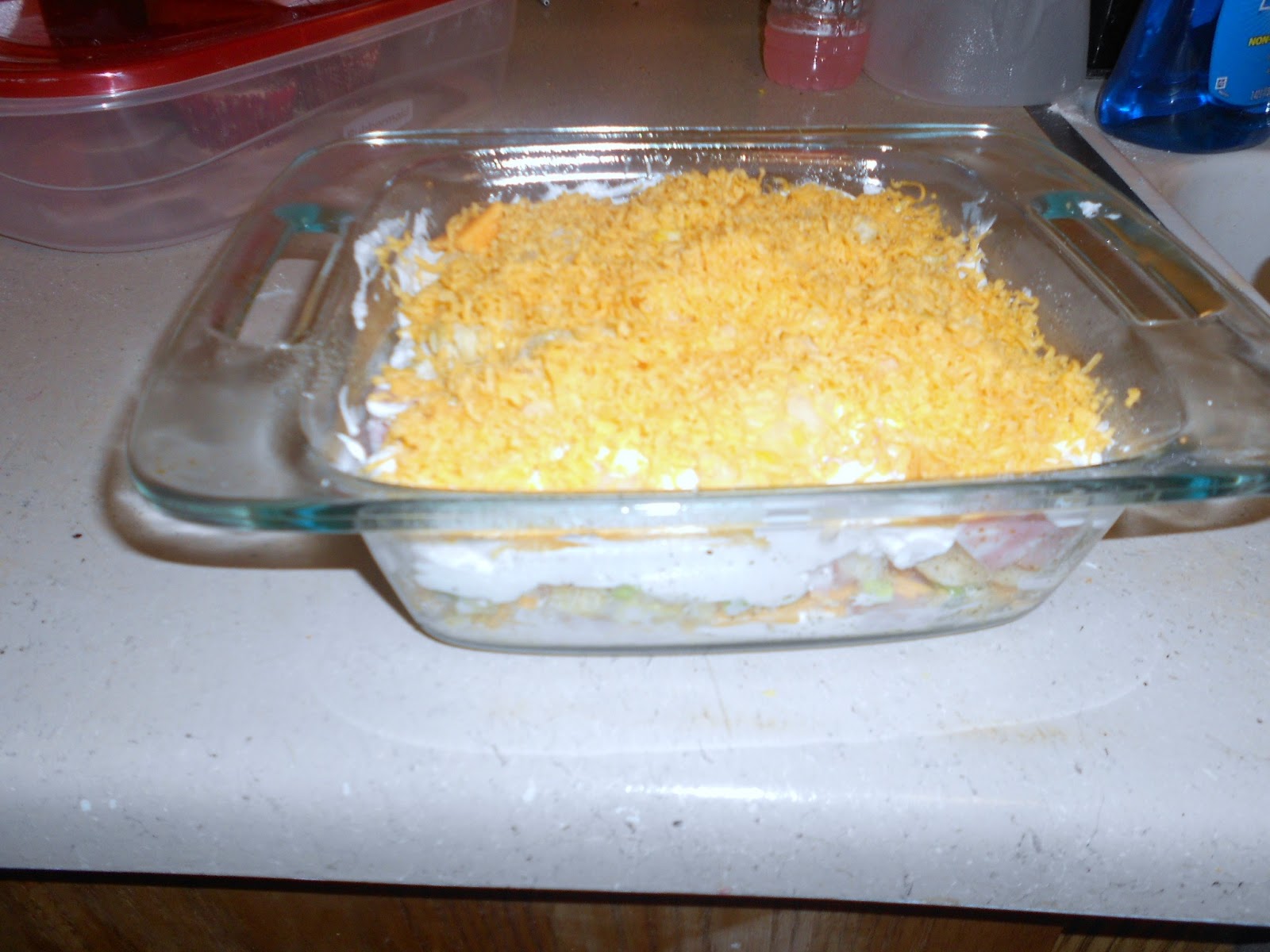 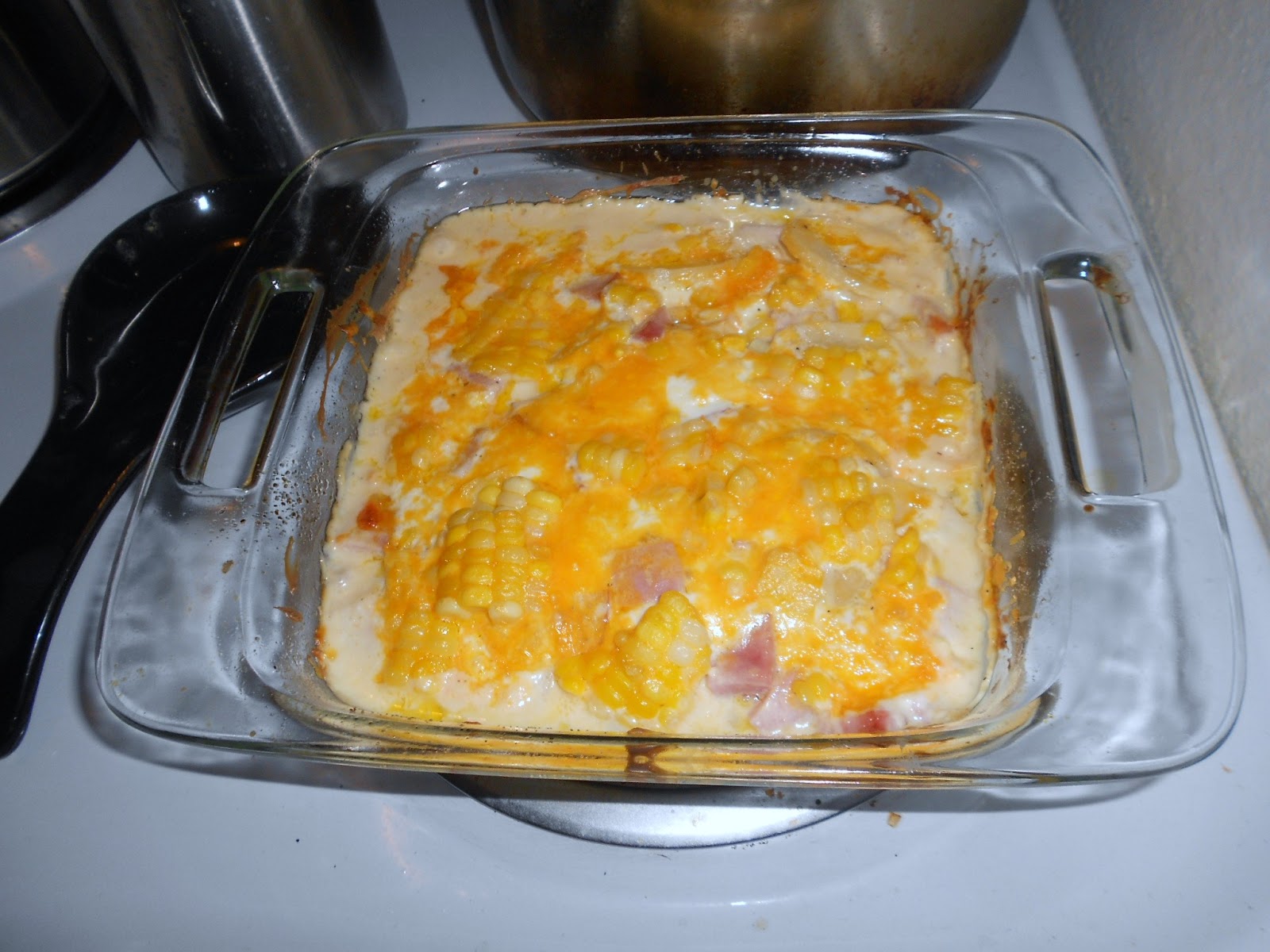 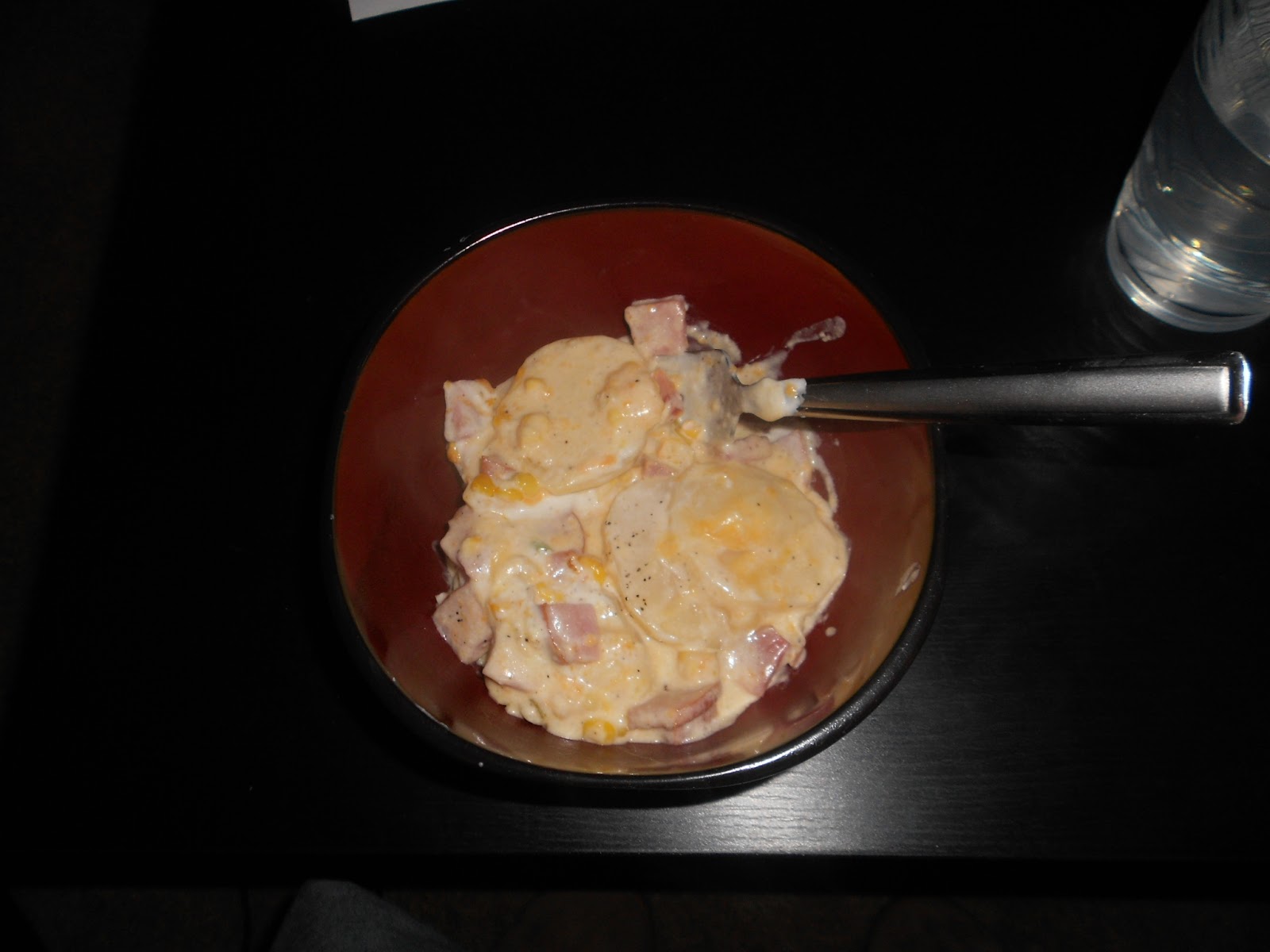 This is a perfect hot & hearty full meal for cold fall/winter days. Great for after major holidays too, when ham goes on sale!