Well, since I had almost a whole can of cream of coconut leftover from my Indian curry, I didn’t want to waste it. So I looked online forever trying to find a recipe for which I had all the ingredients. With some creativity, I could doctor this recipe for coconut cream pie and make a dessert to go with the curry.
Ingredients:
1 can cream of coconut
1/2 cup flour
3 cups skim milk
4 egg yolks (I saved the whites to make breakfast omelettes the next day!)
1 tbsp vanilla flavoring
1 tsp almond flavoring
3 tbsp butter
1 package Jiffy pie crust mix
4 tbsp cold water 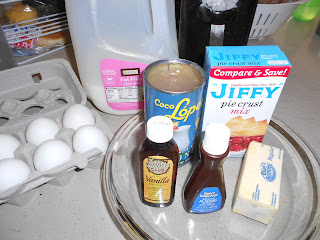 Step 1: Mix coconut, milk and flour in a pan and bring to a boil. Simmer on low heat until mixture gets nice and thick. 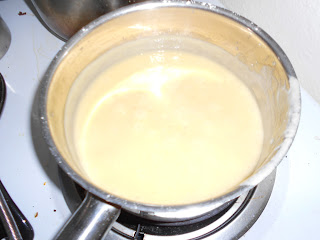 Step 2: While boiling milk mixture, add water to Jiffy mix, and roll flat. Bake the crust in the oven at 350-400 for about 10 minutes, or until golden brown. 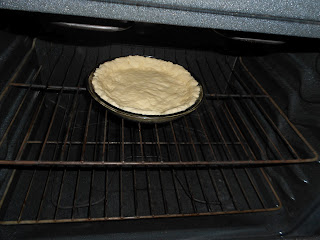 Step 3: Slowly stir the hot milk mixture into the beaten egg yolks, then put back into the pan and simmer 5 more minutes. 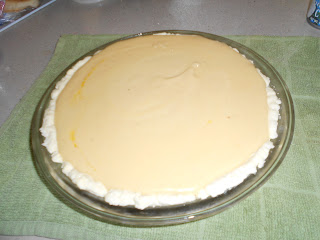 Step 4: Pour the whole thing into the pie crust, and let it cool. Once cool enough to touch, you can refrigerate until ready to eat. 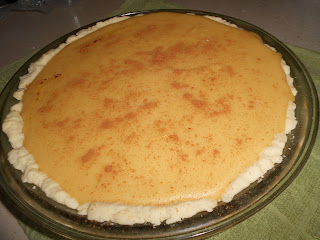 I added a sprinkle of cinnamon on top, but if I had whipped cream you better believe I would put that on it too! This is perfect for me because I like the flavor of coconut, but absolutely hate the texture of shredded coconut. Win-win.