For those of you who know what Cincinnati chili is, you don’t need me to tell you how great it can be! But it is also a pretty polarizing food, like cilantro, you either love it or hate it. Basically, you plop chili on top of cooked spaghetti, and then add a handful of cheese.

This all started back in the 1920s, when some Macedonian immigrants wanted to sell more food to people who were wary of ethnic cuisine. They developed a Mediterranean spiced tomato based mixture that they then put on hot dogs, which they called “coneys”.

This sauce then was added to alter Greek style pasta dishes, to make what he at first just called chili spaghetti. It was all cooked together, until customers began requesting it as just a topping. Then cheddar cheese got involved, beans were added, chopped onions, and now there are many “ways” to have a coney or Cinci chili. 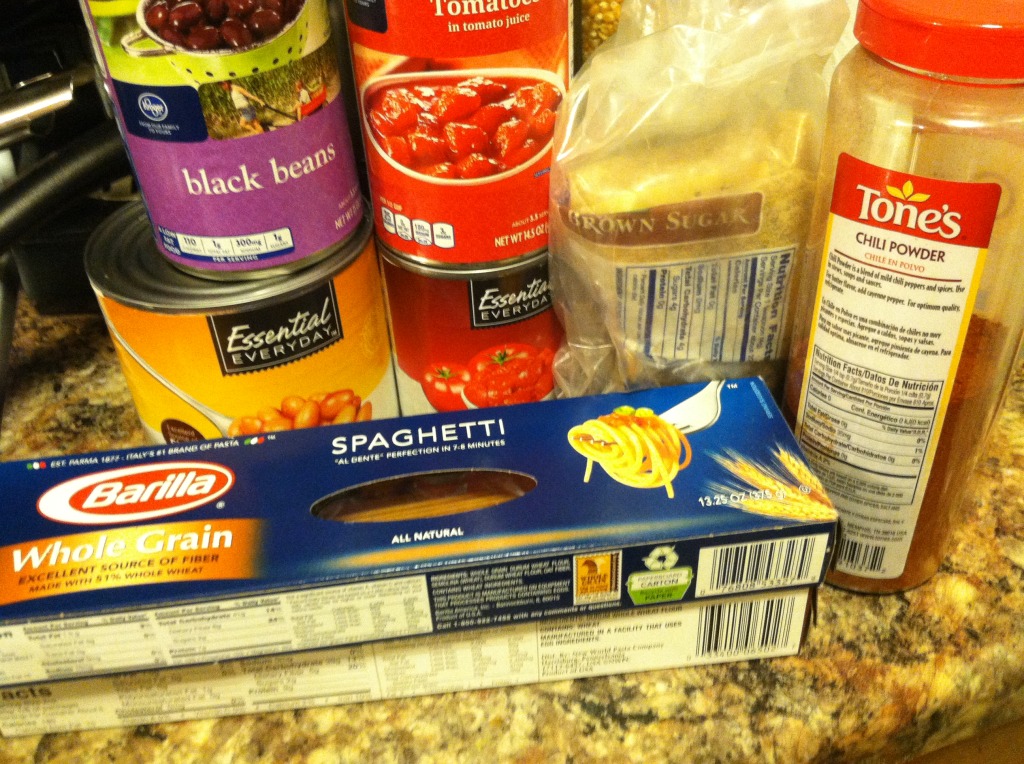 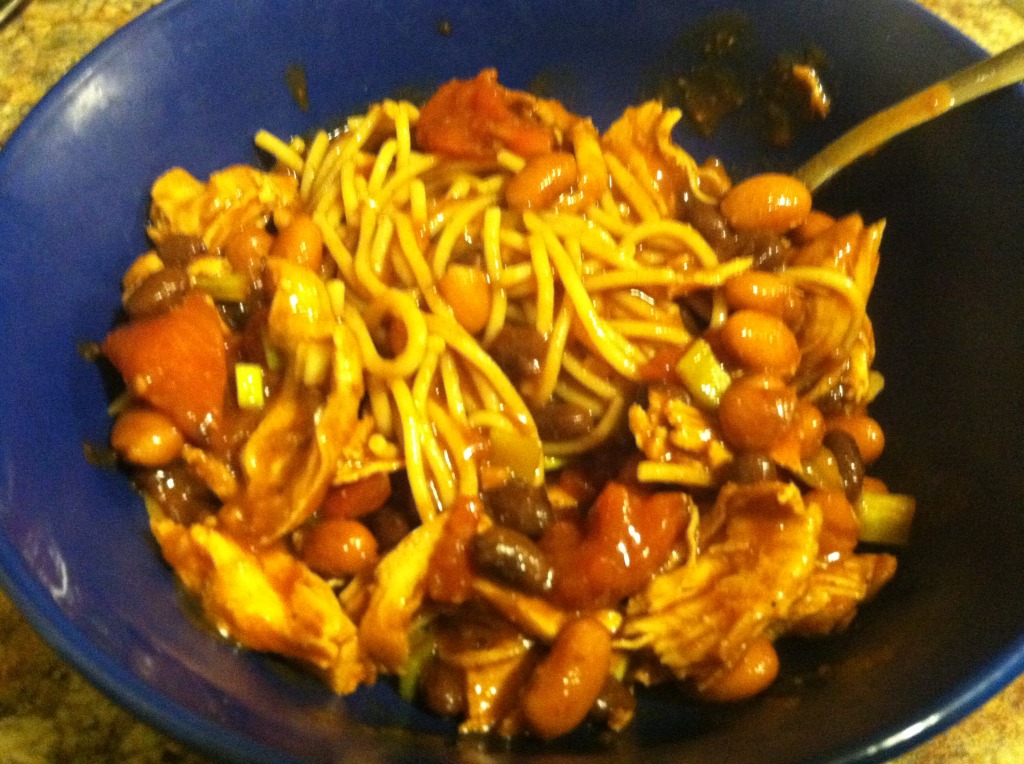 Step 1: Ideally, make the chili first, and let it simmer for a while. Simple mix the beans, tomatoes, chili powder and sugar together. You can do this on the stove, crock pot, or pressure cooker.

Step 2: Boil and drain the pasta noodles. Serve the sauce on top! You can alternately cook the noodles right in the chili, by adding an extra cup of water or so while simmering. 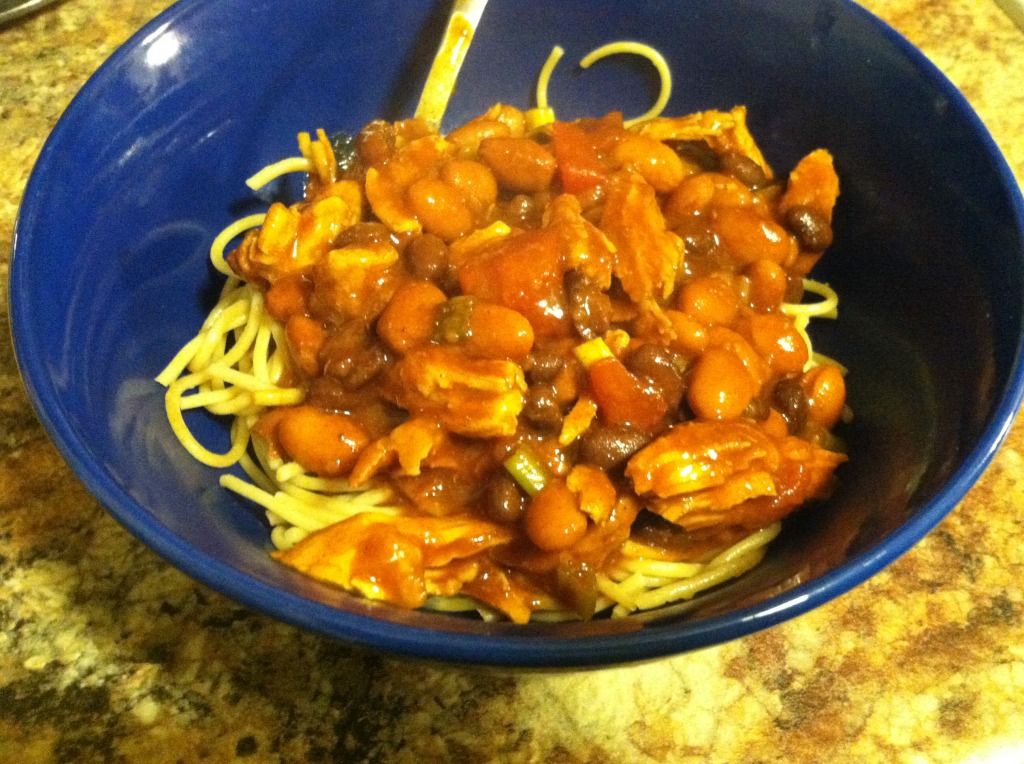 The ingredients are super cheap, easy to find, and you probably have it in your pantry right now! If the thought of sweet pasta is weird to you, simply leave the brown sugar out of it, no problem.

This is a quick, tasty, very filling meal you can have on the table in 15 minutes flat! If you have the room in your budget, you can also top it with a mound of fresh grated cheddar.