One of the things I was most excited about when moving to New England was of course the seafood! The beautiful thing about being near the sea is the abundance of affordable and fresh seafood. From salmon to crab to scallops to, of course, lobster, Connecticut is a playground for those who are pescatarian.

This recipe is a simple one for New England Clam Chowder, the whitish creamy version.  Not the icky, reddish, tomato-based Manhattan style. Did you know that in 1939, a bill was introduced by State Rep. Cleveland Sleepe in Maine to make it illegal to add tomatoes to chowder?! Oh yeah, New England takes its clam chowder seriously. 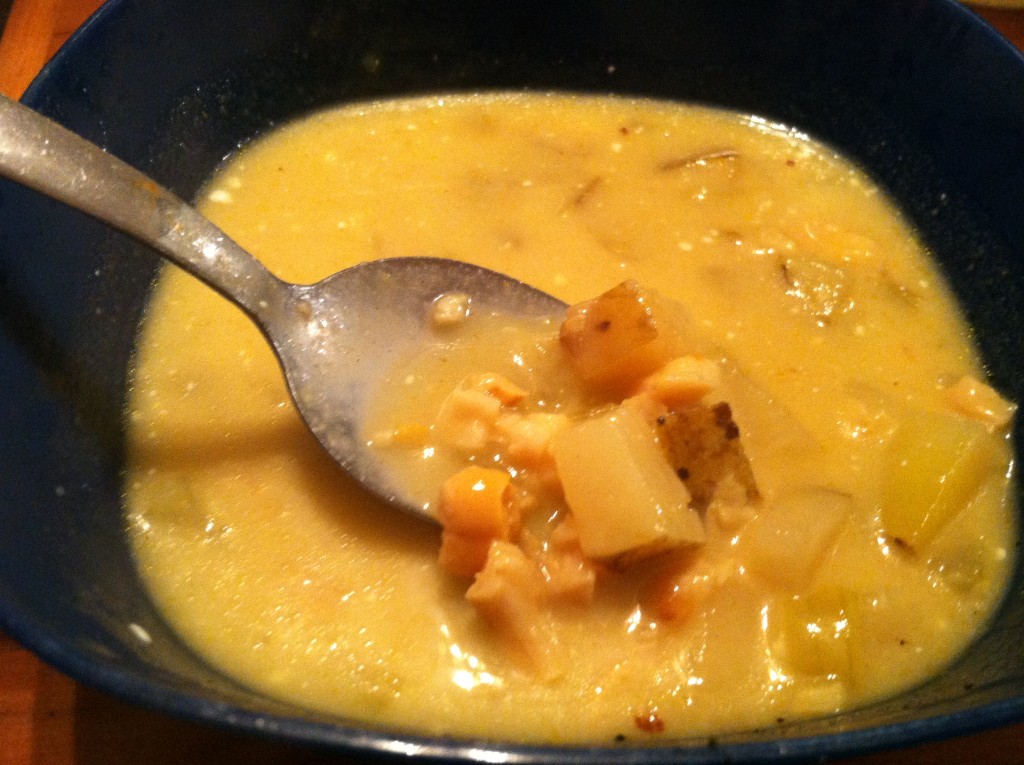 The recipe here calls for cooking the potatoes and clams most of the day in a slow cooker, then creating a roux and adding it in just before serving.  I have added in my own Polish/Slovak flair by switching the cream for sour cream, creating what we call a “zapraska” (used to make Hungarian chicken paprikush soup) to deepen the flavor of the roux and lend a creamier final flavor.

You could instead cook all the ingredients but the sour cream together all day, and then simply add small amounts of hot liquid to the sour cream and flour until thickened and stir it in just before serving.  That would be the ultimate hands-off chowder recipe.

Step 1: Dice the potatoes and put into the slow cooker. Add the entire contents of the clams (or fresh and add the clam juice). Add water to cover. (Add more for thinner soup, add just enough to cover potato pieces for thicker soup). Put the slow cooker on “low” for at least 2 hours, or up to 8 hours. 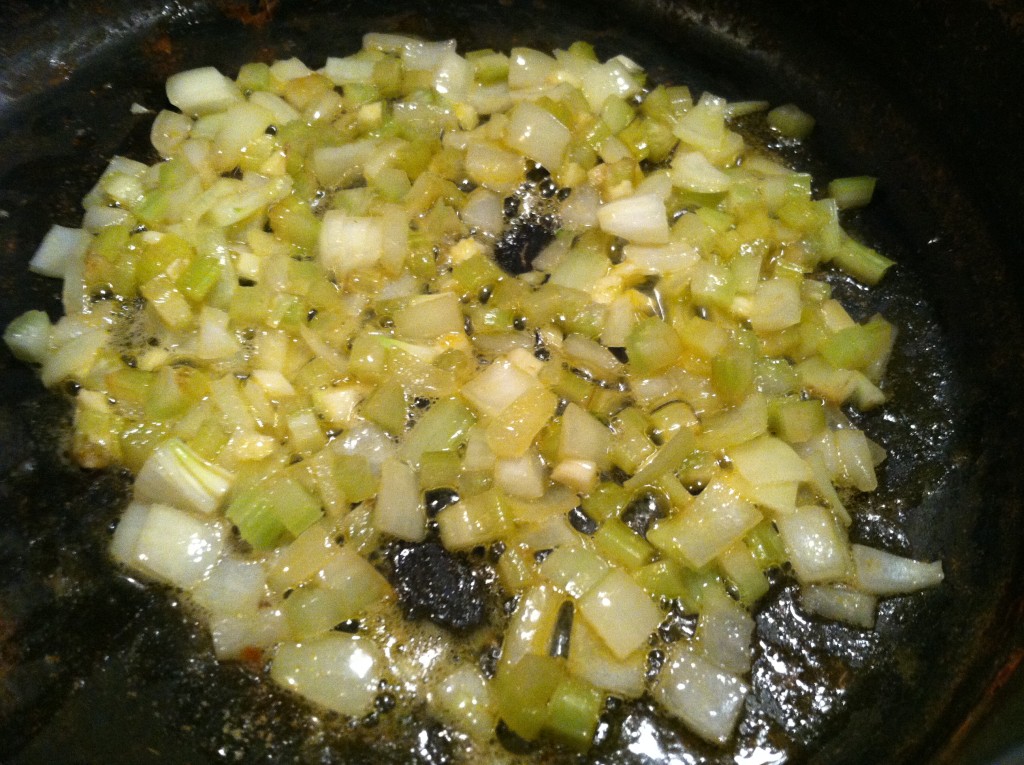 Step 2: Dice the celery, garlic, and onion into small pieces. Add the oil and veggies to a frying pan, and cook for 7-10 minutes, until translucent. 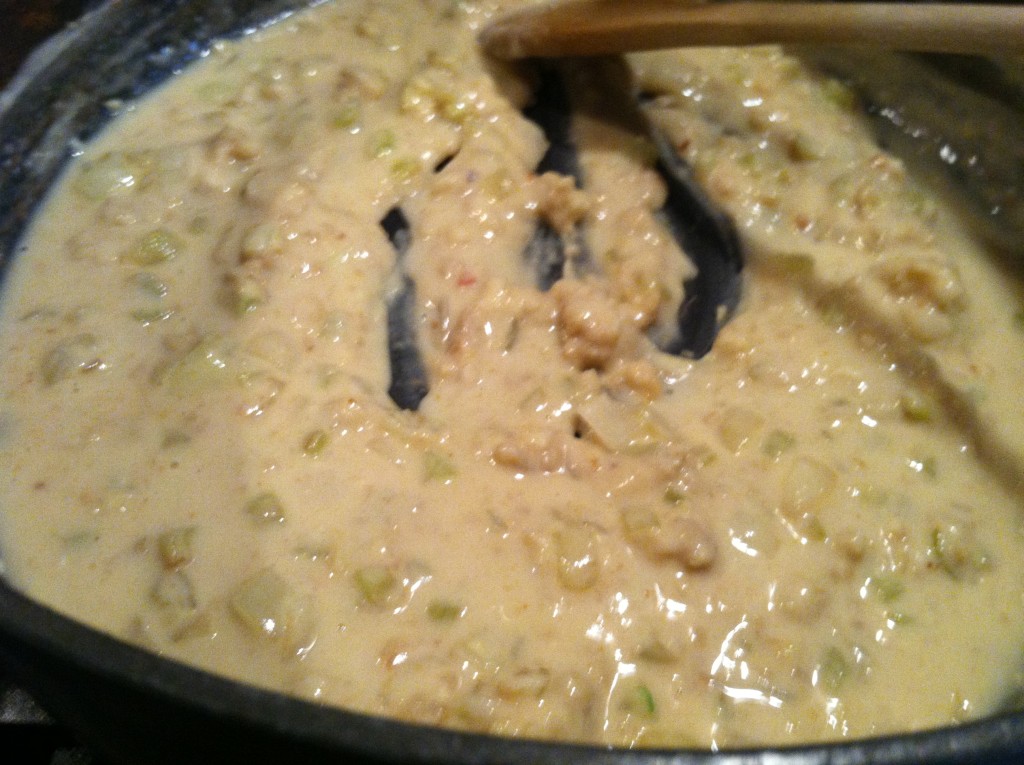 Step 3: Add the flour to the pan with the oil, stir for 2-3 minutes. Then add the fish sauce and a little water from the slow cooker until it forms a thick paste. Mix in the sour cream, and whisk it all together well. This is the roux (pronounced “roo”) you will add to thicken the soup. 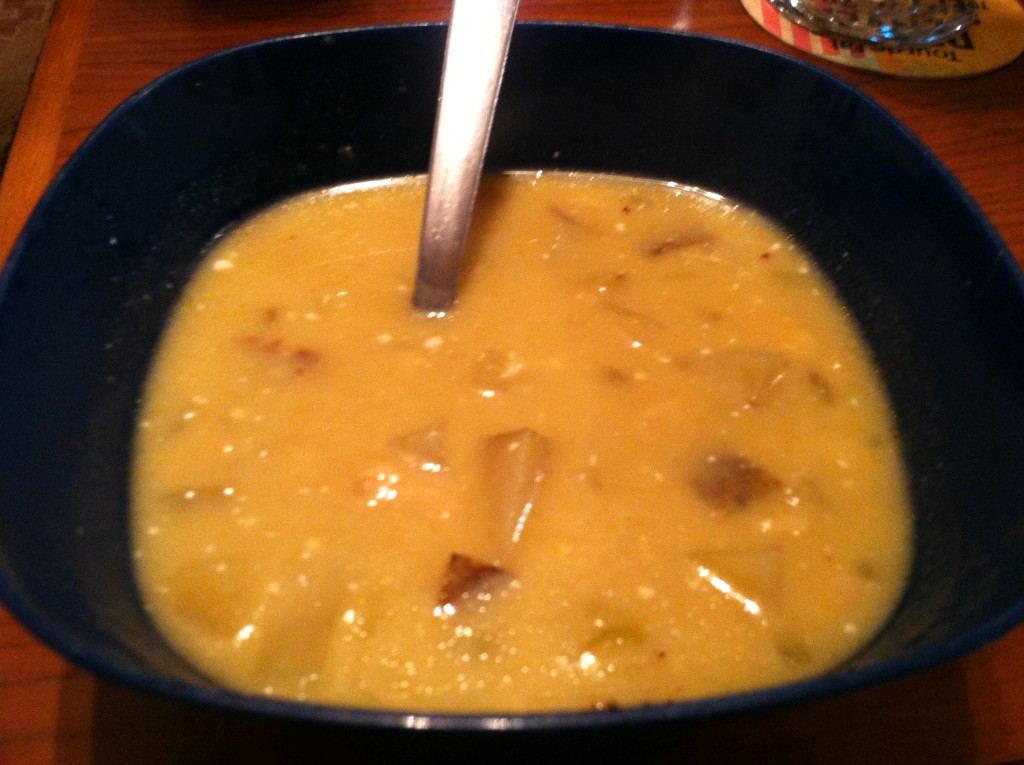 Step 4: Add your roux to the slow cooker and mix well.  Now your soup is ready to serve! Add more flour and less water to thicken, or add more water to make a thinner soup.  Serve with nice hearty rolls and/or a fresh green salad.