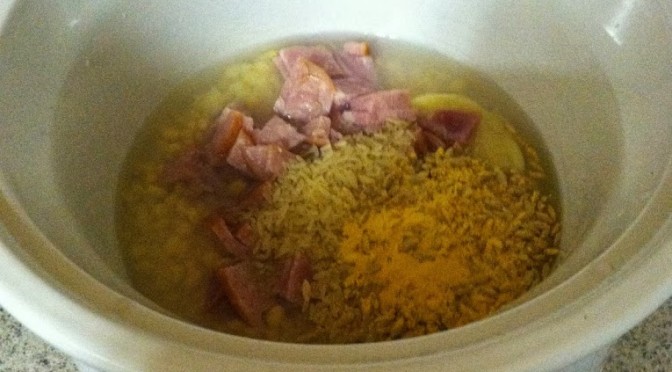 This is another creation born of needing to use up items left in the pantry. You’ll notice two themes in most recipes from times where I am either very busy (being a student) or in a state of flux (like moving), I use the slow cooker a lot, and recipes get a little weird.

I prefer the term “creative” but let’s not argue semantics.

Anyhow, the best template for any meal in a rush is “meat + carb + vegetable/fruit + liquid”, and I use it a lot.

You can have literally endless variations, and in fact nearly every meal ever is based on this formula.

For this recipe, I simply checked my food box and freezer to see what was left, then followed the formula with things I thought might go well together. This is what ended up happening. 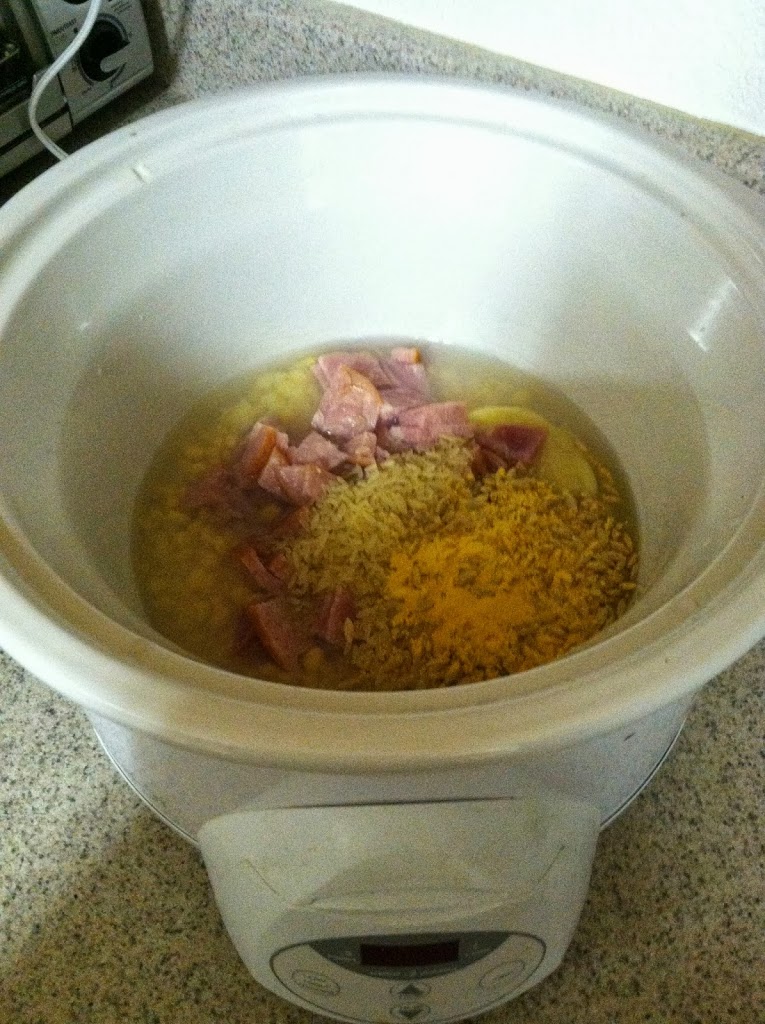 Step 1: Mix all ingredients in the slow cooker. Set on low for at least 4 hours; I left it for about 9 all day. 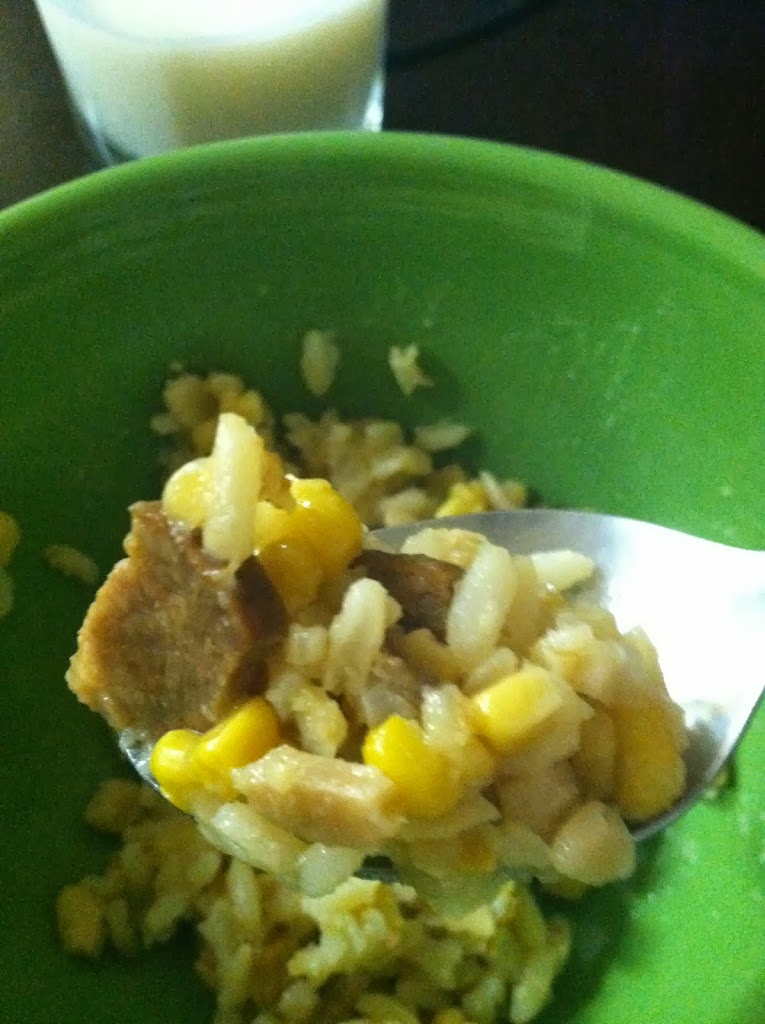 The rice didn’t end up being overly mushy, which I worried about, and the corn gave it a nice sweet flavor. Ham paired with this well, though I think chicken would’ve been even better based on past experience with the flavor of rice pilaf and the fact that I used cream of chicken soup rather than mushroom or celery.

But overall it was tasty, couldn’t be easier, used up a box and two cans from the pantry, and lasted for about 6 servings, so I call that a success.