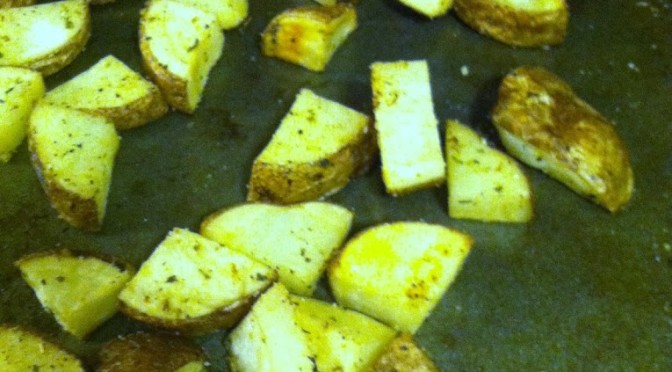 Fish and chips is a beloved dish in many countires, most notably Britain. As most common and popular dishes do, it has a long and debated-over history. The potato was said to have been brought over to England from the New World in the 17th century. It quickly became a cheap staple food. It is believed that frying the potato into chips originated in France. Obviously potatoes were hugely popular in Ireland as well. Being near a coast, fish was a popular poor fisherman’s food. Fried fish was introduced in London’s East End in the 1800s. The Charles Dickens novel Oliver Twist even refers to a ‘fried fish warehouse’. The Historic UK website says that both Lancashire and London claim to be the first to put these two together into the iconic meal. For a more thorough history of the dish check out the BBC’s history of fish & chips article one and article two.
The “chips” referred to in this dish are what Americans would call “French fries”, not the flat Lay’s type chips we know. Typically the fish is a white fish such as cod or haddock, coated in a thick batter and deep fried. Not the most healthful of meals, it nonetheless meets all working class requirements: it’s cheap, filling, easy to eat out of a newspaper while walking home from the pub, and warms you on a chilly night. Common ways to eat it include sprinkling with salt and/or vinegar, mayonnaise, tartar sauce, ketchup, or plain naked. About.com’s page for British Food gives statistics on nutrition as well as the claim that fish & chips is the nation’s most popular take-away food, four times more popular than Indian curry. I think in America, nothing can overtake the pizza, but who am I to say?
My version of fish & chips is baked rather than deep fried, making it more waistline friendly. It takes minutes to prepare, then you must be patient while it cooks. Go read a book, do some laundry, take a bath, whatever. Then sit down to a hot and crispy meal you can feel good about.
Ingredients:
2-3 large potatoes, diced
2-3 fillets white fish
1 egg, lightly beaten
1/2 cup crackers, crushed
Italian spices, garlic salt
Spray oil 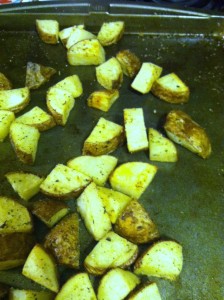 Step 1: Spray a pan with oil, spread out the potatoes, and spray them. Sprinkle the spices over them. Put in the oven at 350 for ~35 minutes. Make sure to mix them up once or twice to cook on all sides. 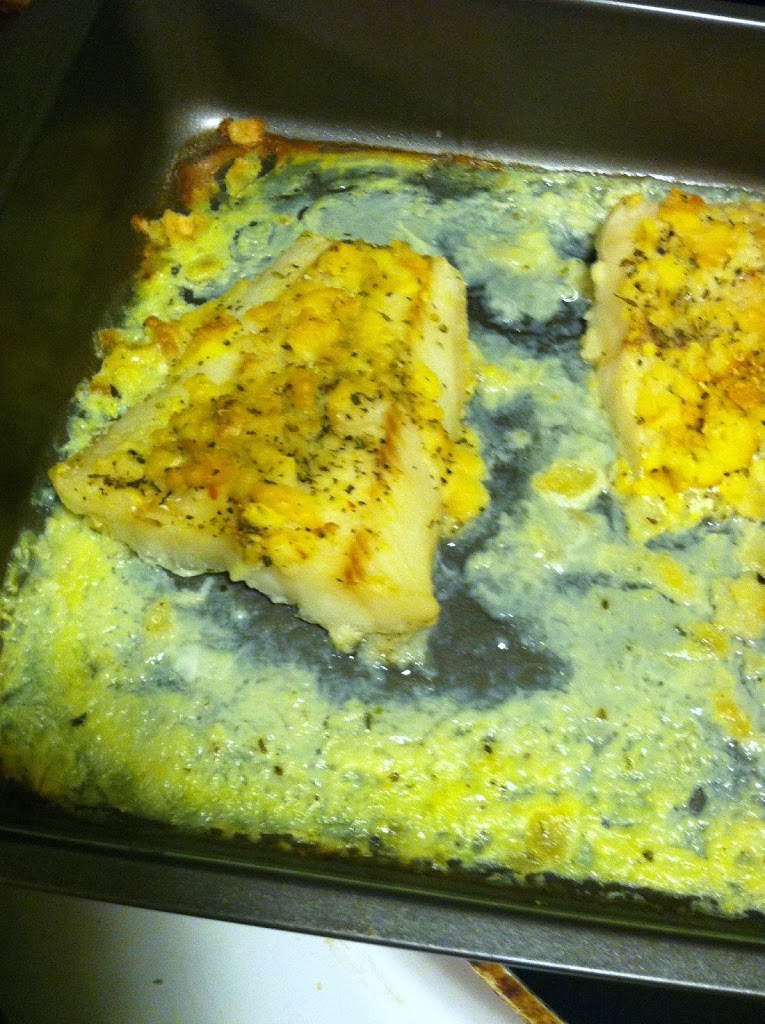 Step 2: In a shallow bowl beat the egg. Coat the fish on both sides, then roll in the crushed crackers. Sprinkle with spices and place on a sprayed pan. Bake at 350 for 20-25 minutes, turning once.

Once the fish flakes easily and the potatoes are soft when poked with a fork, remove and place on a plate. Because this is not fried there is far less fat content, if you eat the equivalent of one whole potato (these little cubes are seriously addictive, I know I could!) there are about 10 grams of fat. The fish and chips combined have about 480 calories, 47 g carbohydrate, and 48 g protein per serving. Not to mention tons of vitamins and trace minerals. {Nutrition info calculated on SparkRecipes recipe calculator}. Add a baked veggie if you like to round out the meal.