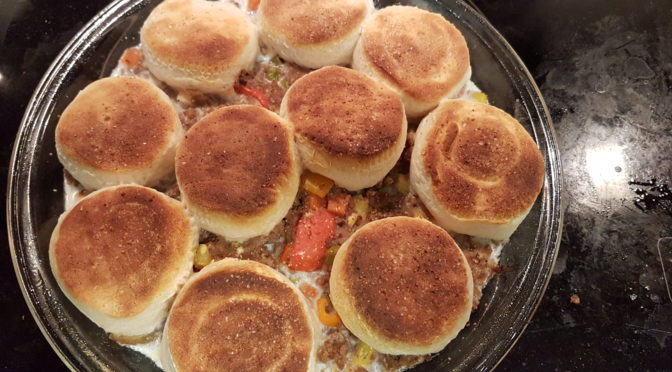 You guys want to know a little secret about the Budget Epicurean?

I can’t believe I lived over 2 decades in Ohio, and never tried venison. It’s true.

I’ve had elk, and bison, and goat, and pheasant, and a whole bunch of other more exotic meats. But still no venison.

I’m lucky enough to have a friend who knows a guy who hunts regularly. Turns out, excess deer population is a problem shared in North Carolina too. This seems to be a problem just about everywhere, as they now have almost no native predators to worry about. Their only concern is a too-fast passing car. 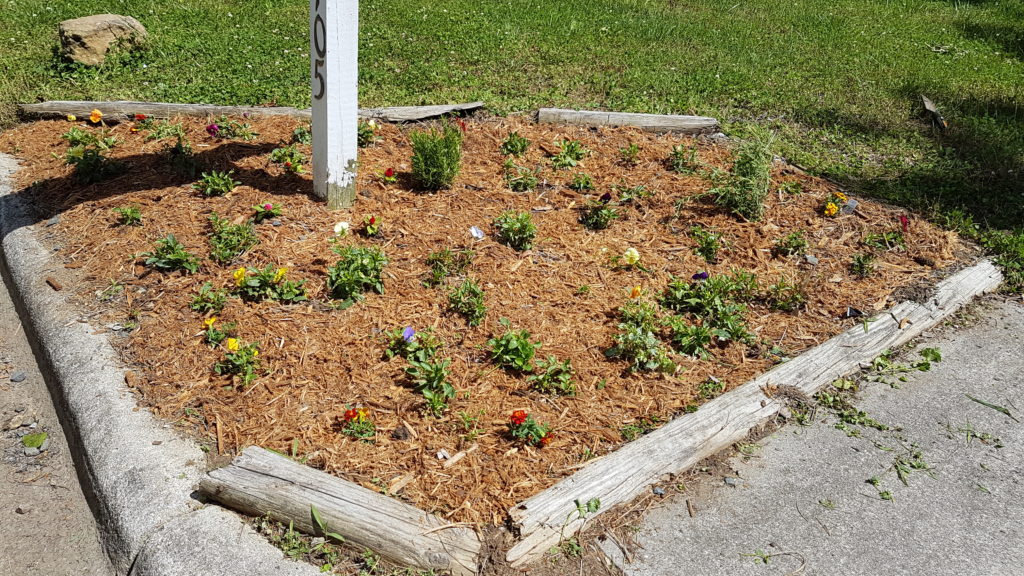 Deer will eat just about anything when they are hungry, and a rough winter or over-population means more infiltration into neighborhoods. We live between two big patches of forest, and they are well known to stroll through around dusk. They have decimated my pansies more than once, and I’ve already seen evidence of browsing on my brand new ivy and hostas as well.

So really, I’m doing us all, and myself a favor by eating deer meat!

Do us all a favor too, and make this recipe soon. If you or someone in the household doesn’t think they’ll like deer because it is “gamey”, you need to find a new supplier. Deer, when ground and spiced right, is totally delicious and almost indistinguishable from ground beef. If your store doesn’t carry venison, try a specialty meat market, or ask around. You never know who you know that might know a guy… 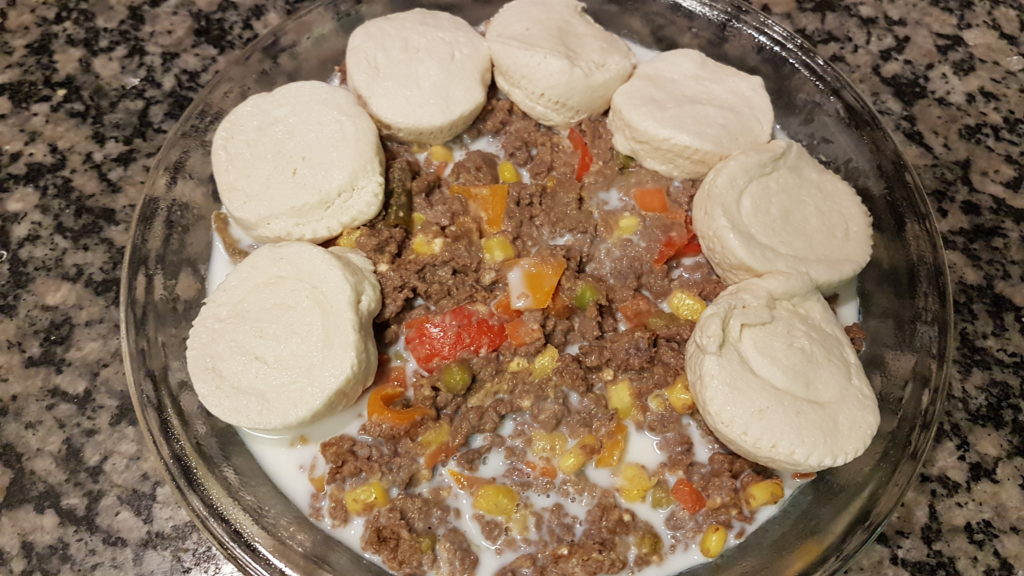 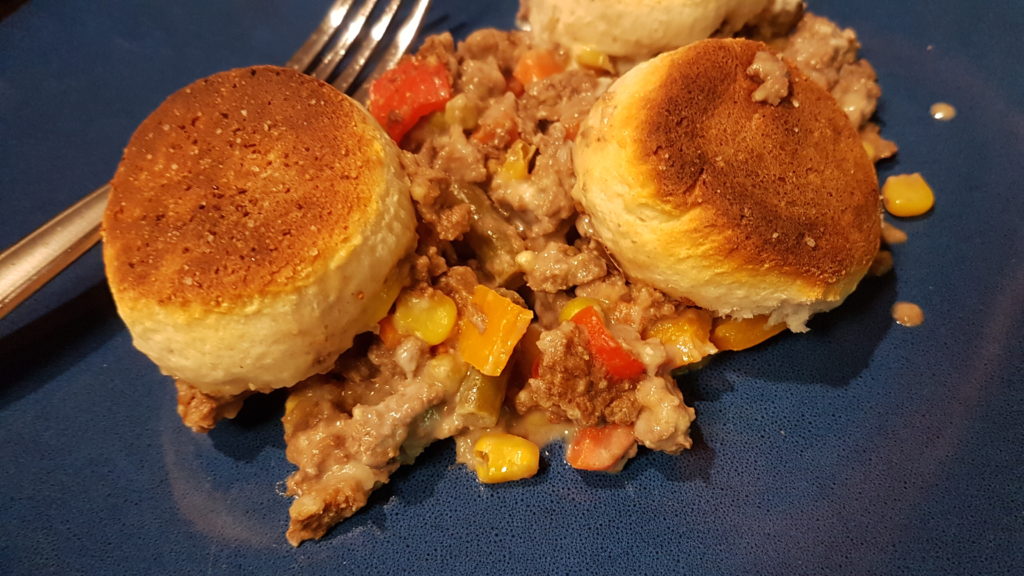 Step 1: Microwave the milk for 1 minute, whisk in the flour and let sit. Meanwhile brown the venison in a skillet. Add the frozen vegetables and let cook until just thawed. 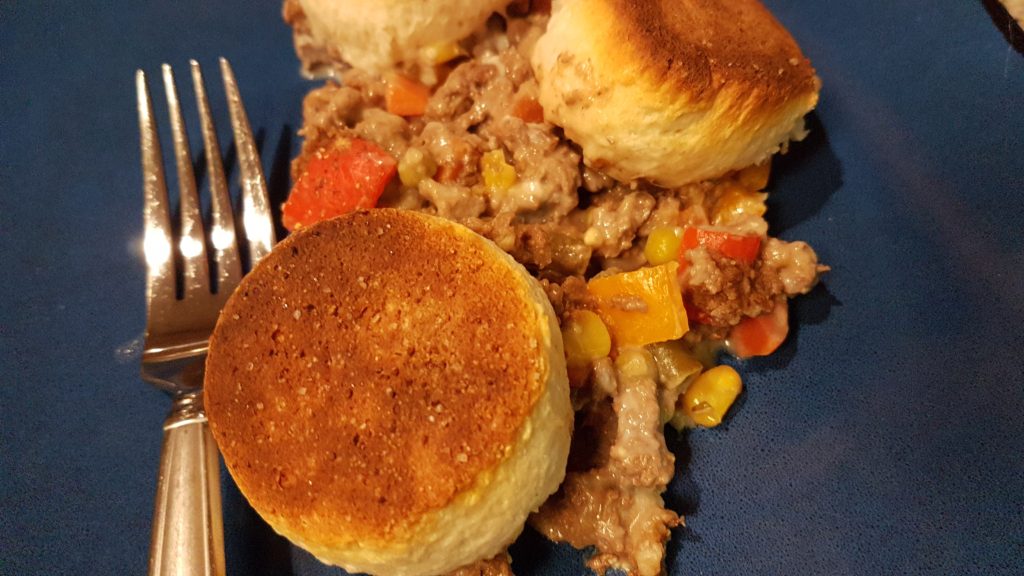 Step 2: Spray the bottom of a round pie plate or 8×8 casserole dish. Pour in the meat mixture, and cover with the milk and flour mixture. Pop open the biscuits, and line the top with the dough. 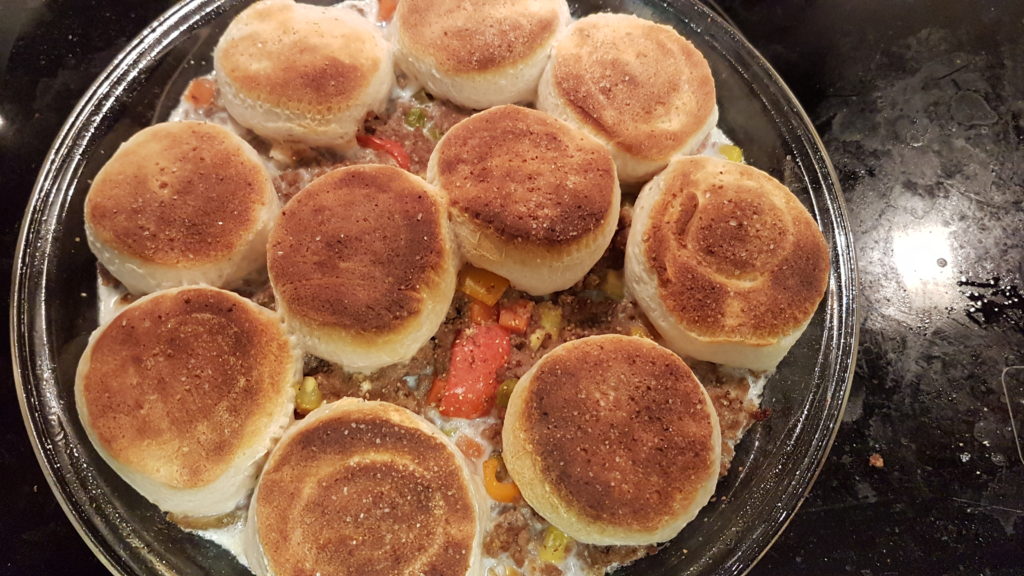 Step 3: Bake at 350 on the bottom rack of the oven for 8-10 minutes, until the biscuits are nice and browned on top. Let cool for a minute, and enjoy.