Jambalaya is a Creole dish originally from Louisiana. It’s creation was a combination of French and Spanish influences in the deep South of America, and is closely related to the Spanish paella.

The basis of any Jambalaya is meat(s), vegetables, and rice simmered in some sort of stock. Some versions of Jambalaya add tomatoes for “red Jambalaya”, while others do not and rely on meat drippings for a brownish color. The accepted classic version cooks meat, typically chicken, sausage, and/or shrimp with celery, onions, and bell peppers. Then tomatoes and possibly other vegetables are added, and finally equal parts rice and chicken stock, and simmered until cooked.

According to Wikipedia, “Jambalaya is differentiated from gumbo and étouffée by the way in which the rice is included. In these dishes, the rice is cooked separately and is served as a bed on which the main dish is served. In the usual method of preparing jambalaya, a rich stock is created from vegetables, meat, and seafood; raw rice is then added to the broth and the flavor is absorbed by the grains as the rice cooks.”

This dish is absurdly simple to cook, you just need to have the right ingredients and the patience to let them cook slowly so the flavors can develop and meld. I had bought some chicken breast and shrimp on sale, and had two sausages in the freezer, so of course Jambalaya was just begging to be made. It is possible to make a vegetarian Jambalaya, and you can include only one or two of the meats, or any other kind you prefer; the basic recipe and method is the same.

Step 1: Dice up the celery, peppers, and onion and put in a pot with a few tbsp butter. Saute until soft.

Step 2: Add in the meats, cover and let cook until the shrimp is fully pink, the sausage is browned, and the chicken is completely white. 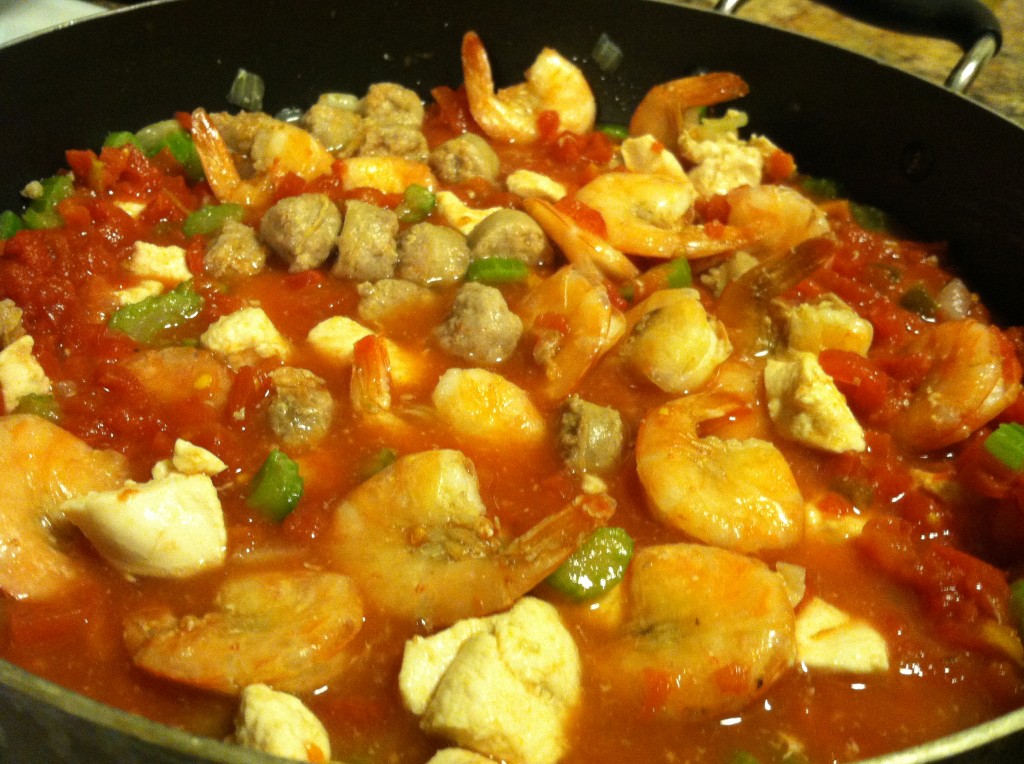 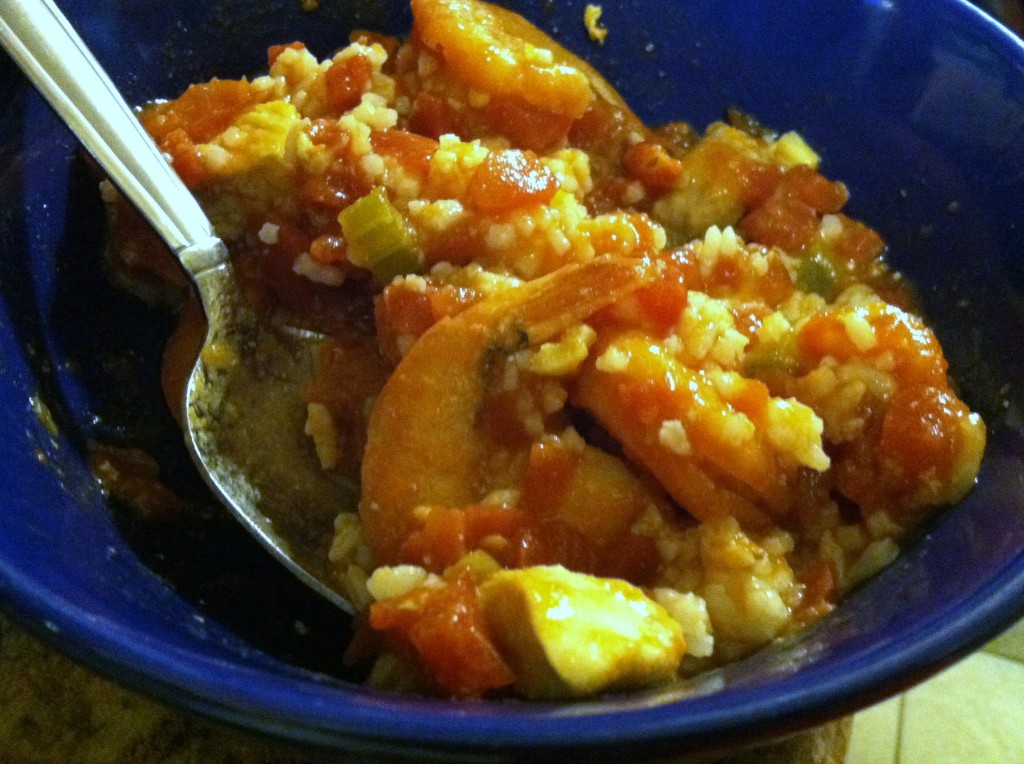 Jambalaya is a filling, delicious meal with complex flavors from all the various vegetables and meats cooking together.

You can shorten cook time by cooking the rice separately and pouring the red jambalaya over the rice. This dish can also be made in a slow cooker to save you time. Just add all the ingredients, and cook on low for 4-6 hours. The end result should be similar.