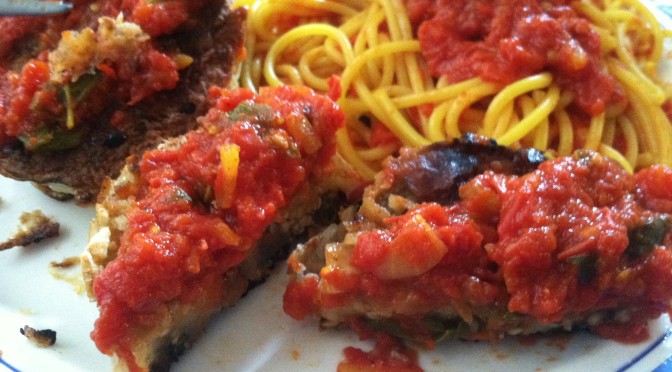 Ah, gardening debates. Every gardener most likely has very strong optionions on which heirloom tomato variety is tastiest, easiest to grow, produces the most. Which plants grow best together, which can help attract pollinators or repel pests. Who has the hottest pepper, the most productive beans, the biggest gourds. A question I chose to tackle this summer:

Which is better, purple or white eggplant?

Having never heard of white eggplant before now, this is a question entirely new to me. But as it turns out, eggplants used to come in only white, which is how they got their name. The small, white fruits growing on the vines looked like eggs hanging down. It is only recently that the purple cultivars became much more popular and well-known, such that when you think of eggplant you likely only think of the purple kind. 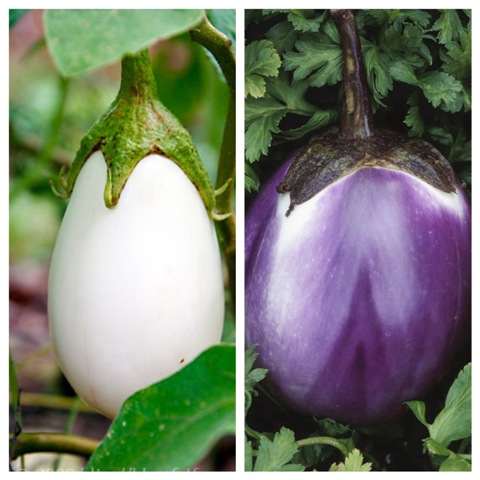 To decide the answer to this question, I decided to make some eggplant parmesan. This is a dish which many of my relatives have long loved, but I turned up my nose at the very thought. As I’ve grown older and my taste buds expanded, I decided to give this classic another try.

Everything tastes better to me when I’ve made it myself. And if it isn’t half bad, then I’ll give restaurant versions a second shot as well. 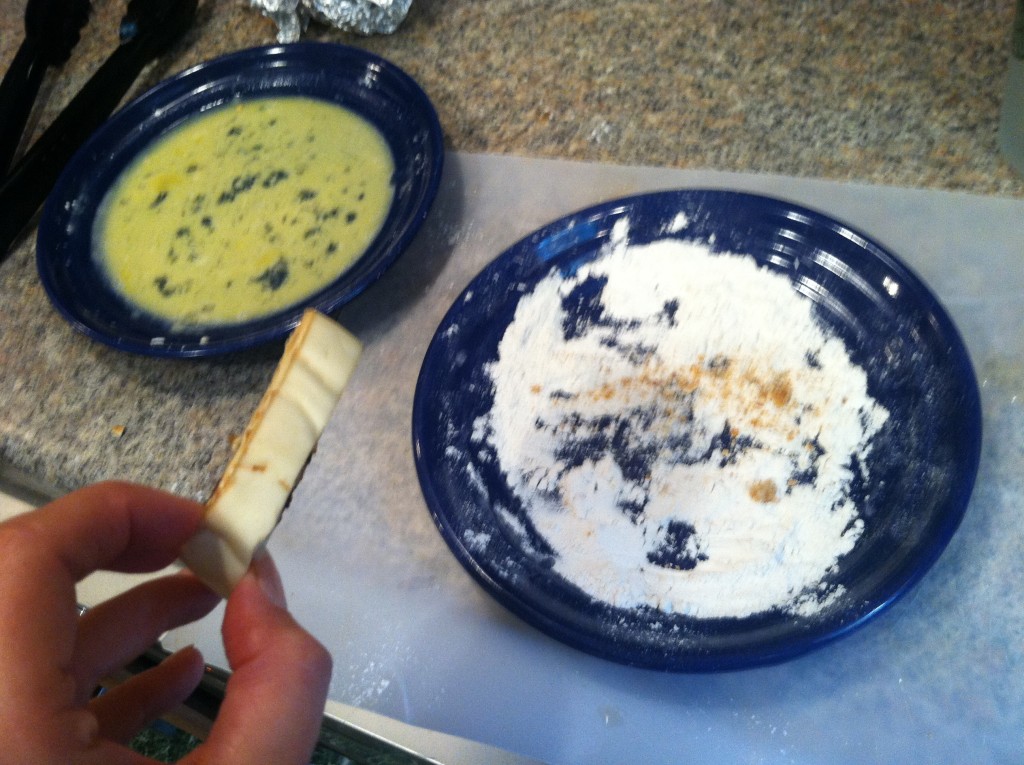 Step 1: Rinse the eggplants and cut off the spiny stem and bottom parts. If you like, peel the white eggplant. I did not. Cut into 1/2-inch thick slices. (I also saved the seeds. Cause that’s how I roll.) 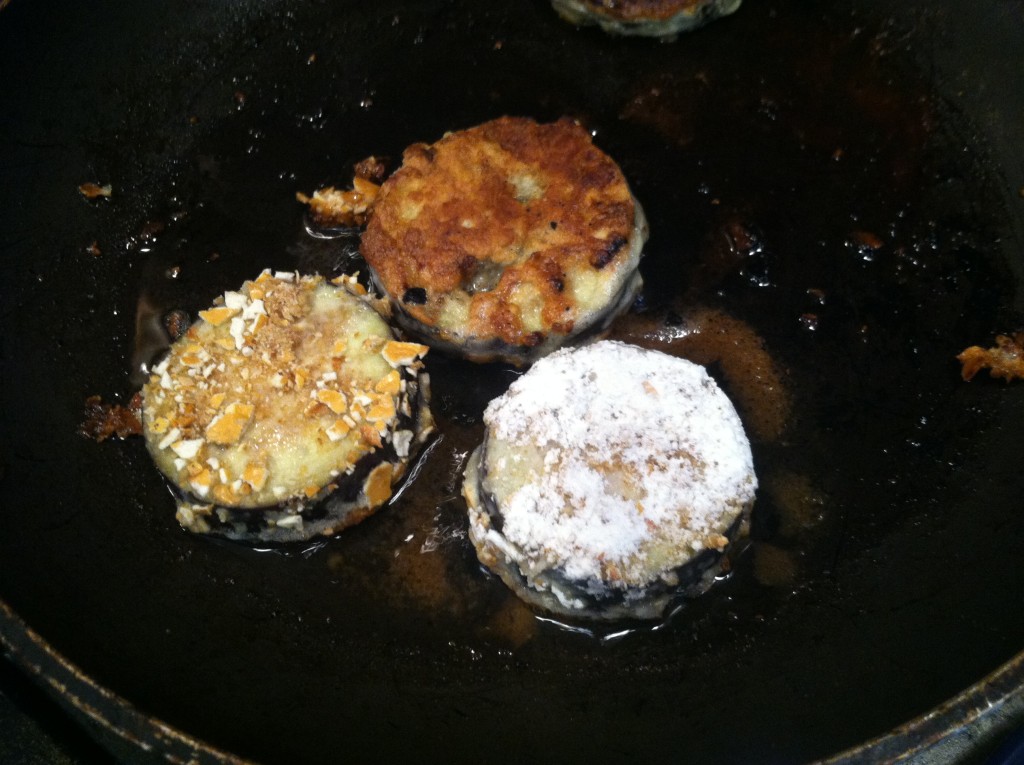 Step 2: Dip the slices into flour and coat on all sides. Then dip into the egg, and again coat all sides. Finally roll it in the breadcrumbs or crackers. Place enough oil in a frying pan to coat the bottom and heat to about medium. 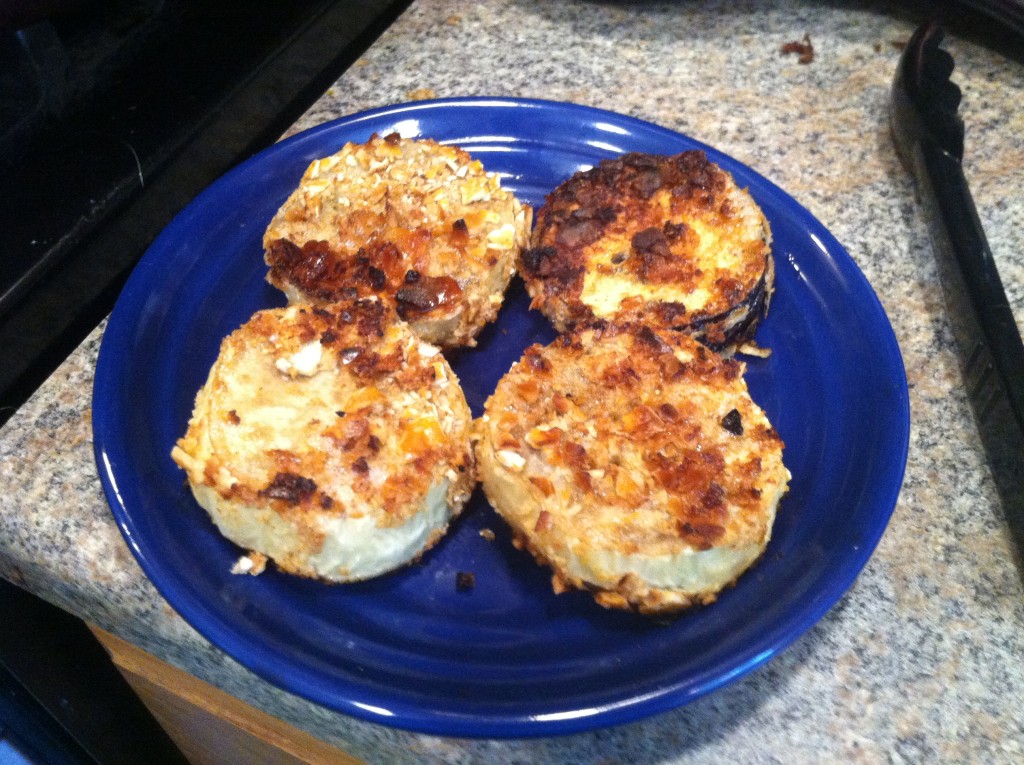 Step 3: Place the slices in the oil, and fry about 5-7 minutes on both sides. You want a nice crispy coat and a fully cooked interior without burning the outsides. Put on a plate to cool. 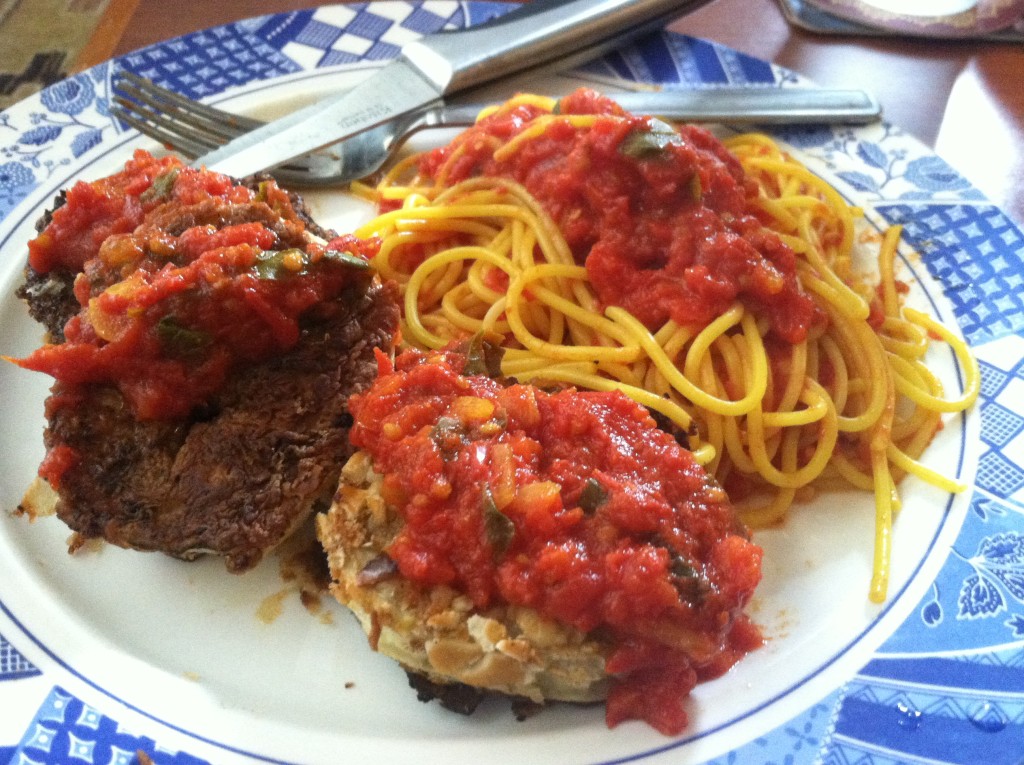 To go with the eggplant, I made some pasta and used my homemade pasta sauce I canned. I added a tbsp of turmeric to the sauce for additional antioxidant effects and nutrition. Hence the vibrant yellow color. 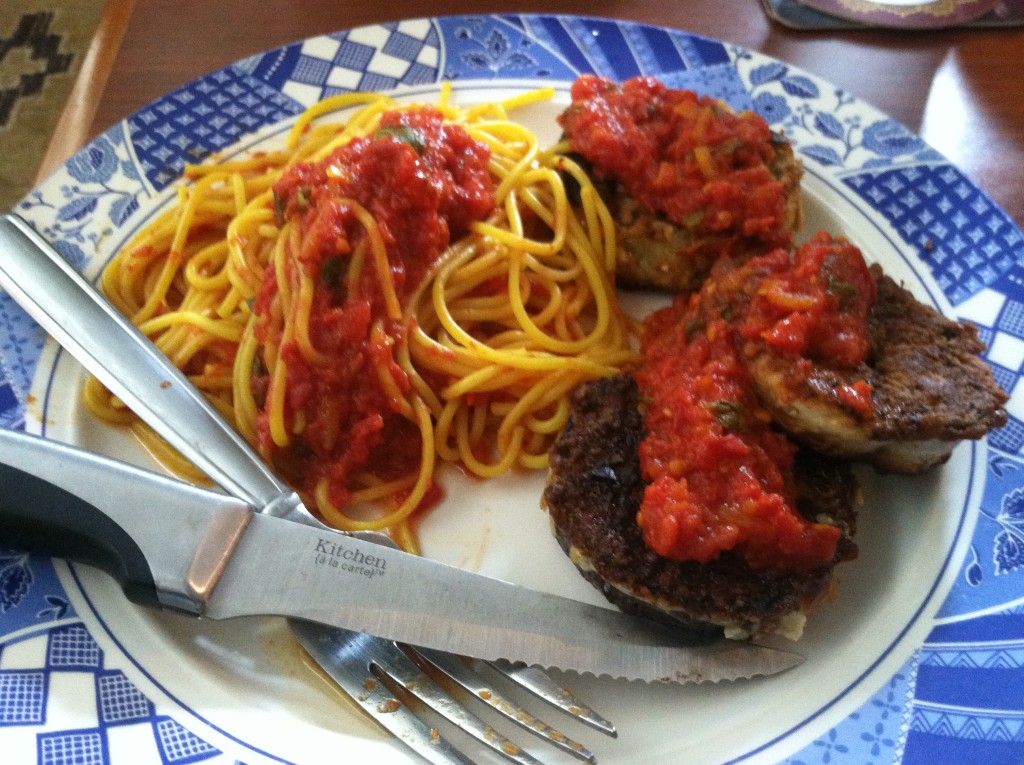 This was super tasty, and both the fiancée and our guest said it was the best eggplant parm they’ve had.

As for which is best? Turns out they were both delicious!

Do you have an opinion on white versus purple eggplant? Is there an eggplant recipe you’d love to share? Tell us more in the comments!