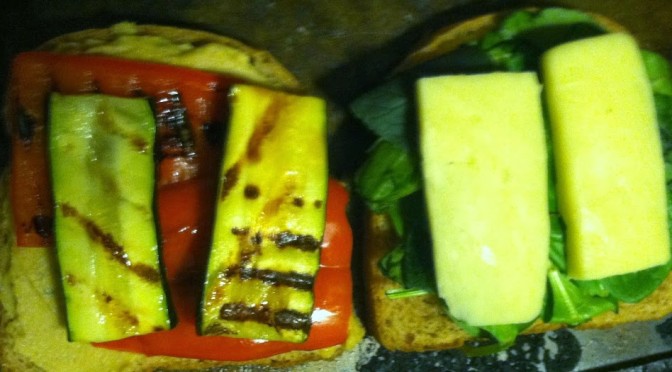 Anything “Mediterranean” has been a buzzword lately. Claims abound that if you eat like someone from the Mediterranean, you will lose weight. I’m not completely sure where “the Mediterranean” even is, but I picture somewhere on the coast of Greece or Italy. The diet involves lots of fresh vegetables like eggplant, peppers, zucchini, mushrooms, etc. as well as health fats from olive oil, fish, and avocado.

Combined with low amounts of red meat, sugar, and saturated fat plus an active lifestyle, it is claimed that you will suffer less cardiovascular problems, health issues in general, and live longer. I’m sure the sun, sand, and surf of the Mediterranean Sea doesn’t hurt… While there is always going to be conflicting information about diets because of marketing and such, here are a few websites for some information: WebMD – Mediterranean Diet Weight Loss Effectiveness?; Mayo Clinic – Mediterranean Diet & Heart Health; US News Best Diet – Mediterranean Diet: What you need to know.

This sandwich was inspired by Udis Bread. They have an eggplant panini that is absolutely amazing, it is a huge slice of eggplant grilled, with grilled red bell pepper and goat cheese. I had bought an eggplant and didn’t know what to do with it, so I decided to try my own version of an eggplant panini. I also had a red bell pepper and some zucchini, so I decided to go all veggie-licious. You can sub in whatever vegetables you like, ones that hold up to grilling are the best. Also I don’t have a ‘real’ grill, so the hand dandy George Foreman did the heavy lifting. You could also use a pan and just put a lid on top of the sandwich weighted down with something to grill it. 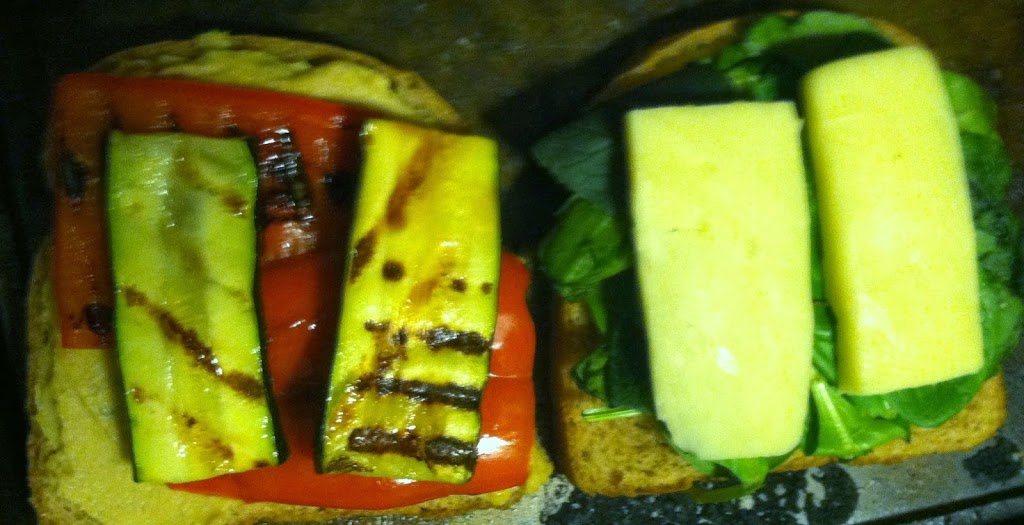 Step 1: Brush or spray grill with olive oil so the veggies don’t stick. Grill eggplant, zucchini, and bell pepper for about 10-15 minutes, until softened and beginning to char. 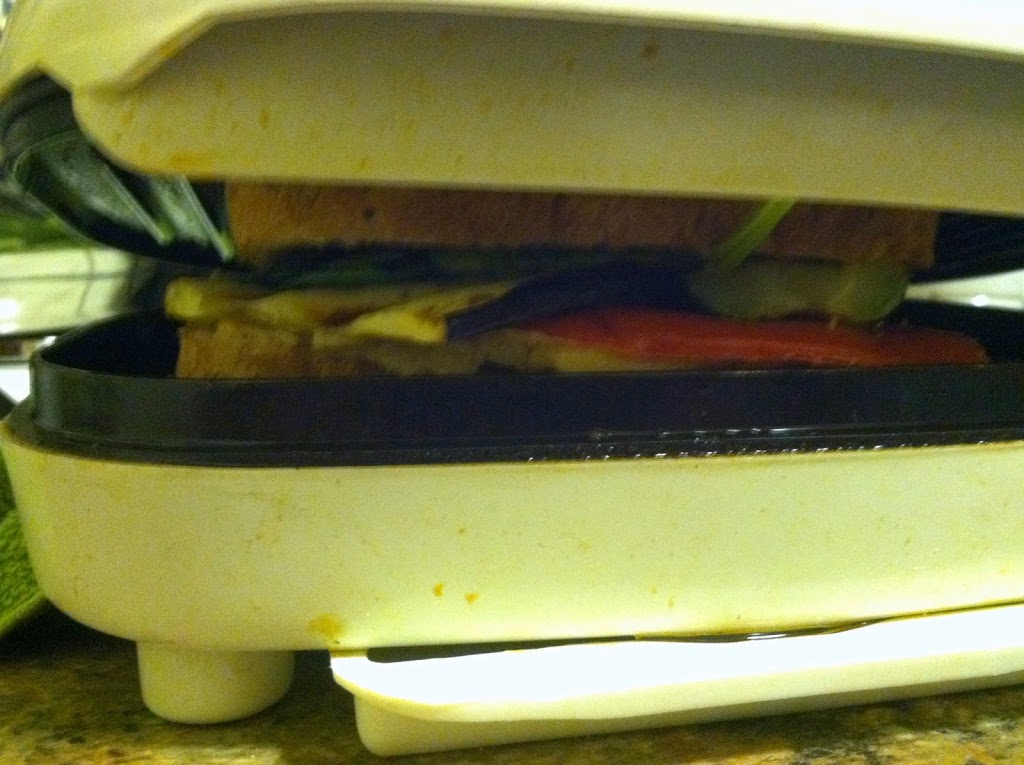 Step 2: Layer the veggies, hummus, and cheese onto some bread. Spray the grill again, and press the sandwich for 2-5 minutes, just to heat through. 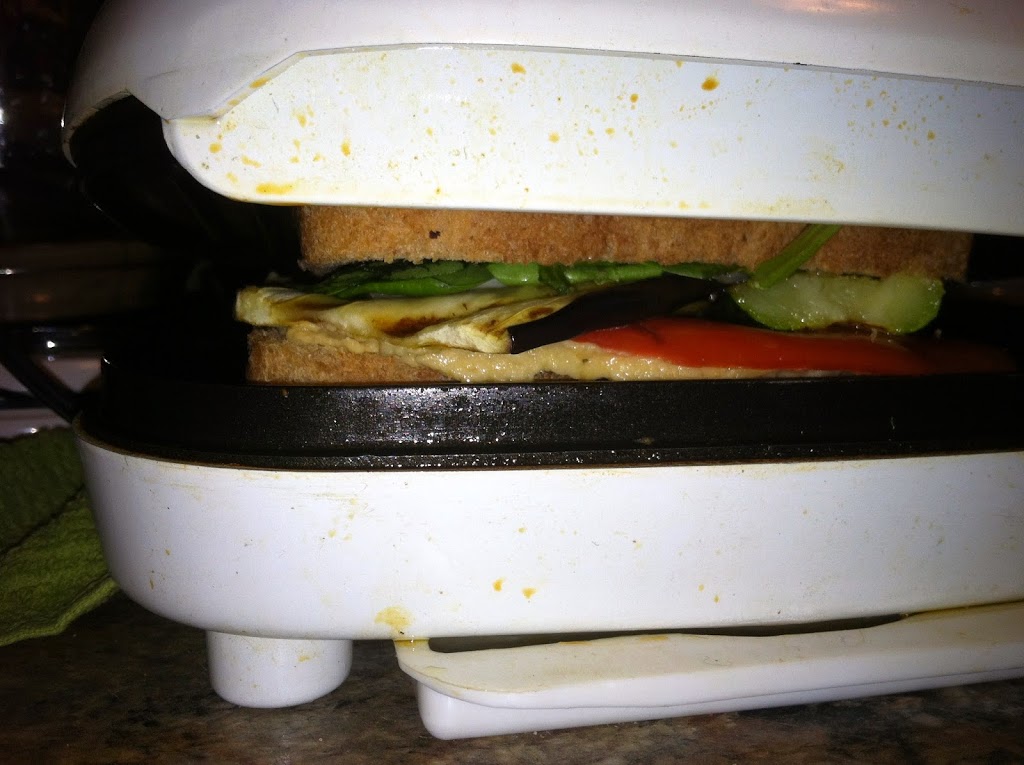 I actually took this in for lunch, and though a little moist from the hummus it held up well.

You can use whatever kind of bread you like, or try a wrap or pita pocket. 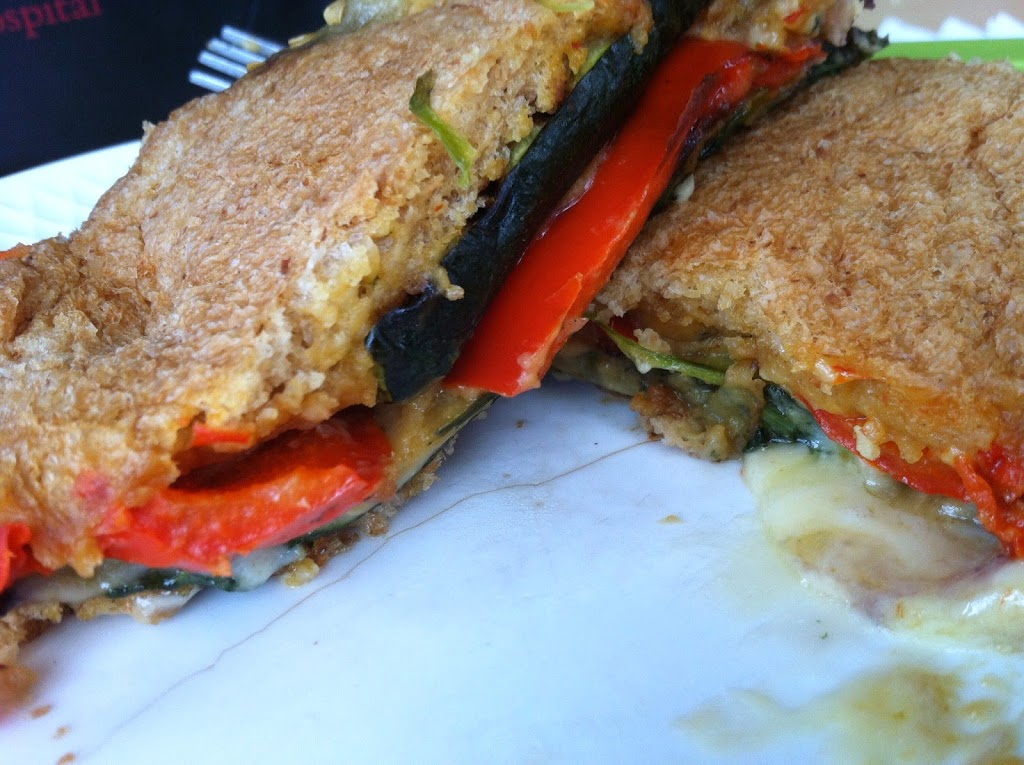 Warning: it may be a better idea to wait until you are ready to eat the sandwich to add hummus. The bottom of the sandwich was a little squishy. If you get rid of the cheese, then this sandwich is also vegan.