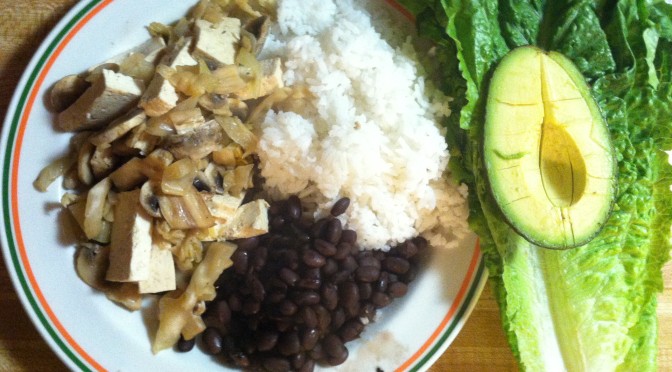 As I’ve been diving into the world of vegan food options, it has made me more creative with my meals, how they are cooked, what is in them, and what I can mix together.

One meal option I have fallen in love with is lettuce wraps. It is just like a taco, only completely gluten-free (depending on what you put inside), no added carbs, and very healthy. You get a dose of greens de facto because of the lettuce leaves, and skip the extra calories and added who-knows-what in the typical tortilla (refined & bleached white flour, leaveners, softeners, added sugar, GMOs, etc etc).

And, like a regular taco, you can put just about anything inside! Wraps are a great catch-all for veggies you need to use up, leftover half-batches of grains, and anything else you can think of. Here I use some of my homemade sauerkraut (which is so mind-blowingly easy to make, and delicious!), fried tofu, and mushrooms as my umami base, then load on top of it cooked rice & black beans, diced avocado & fresh salsa. Ah-maz-ing. 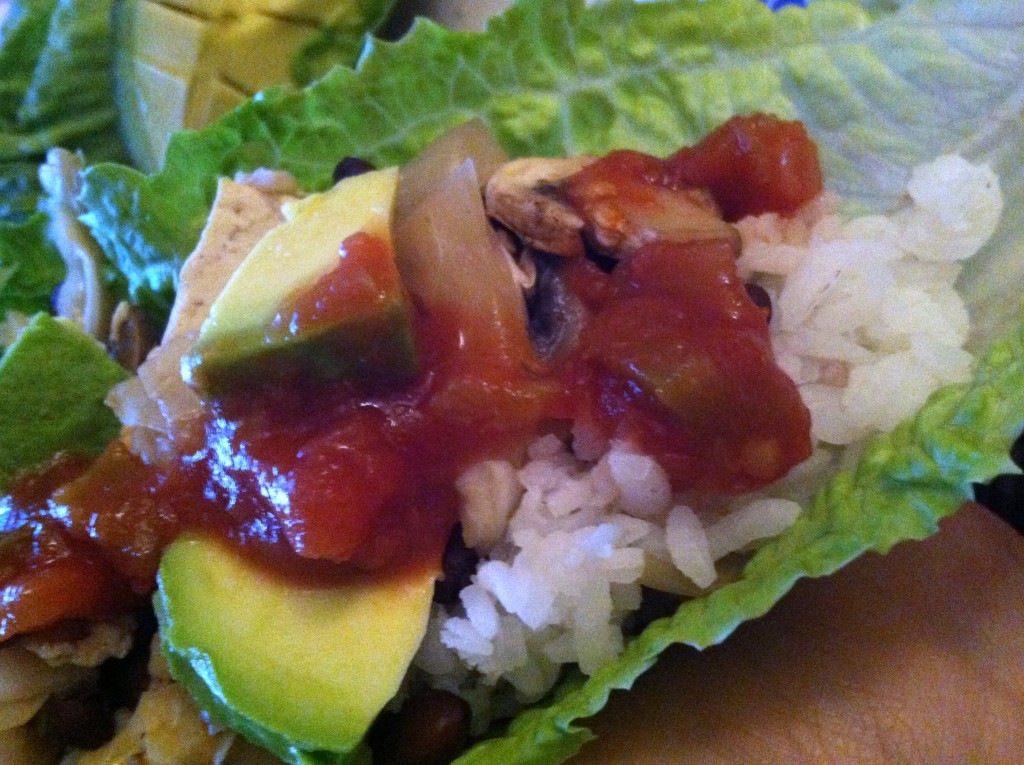 And the best part is, you can’t really over-eat these! There is so much veggie goodness and nutrition packed into every wrap, you can have three or four, no problem. This recipe makes enough for 4 large wraps. 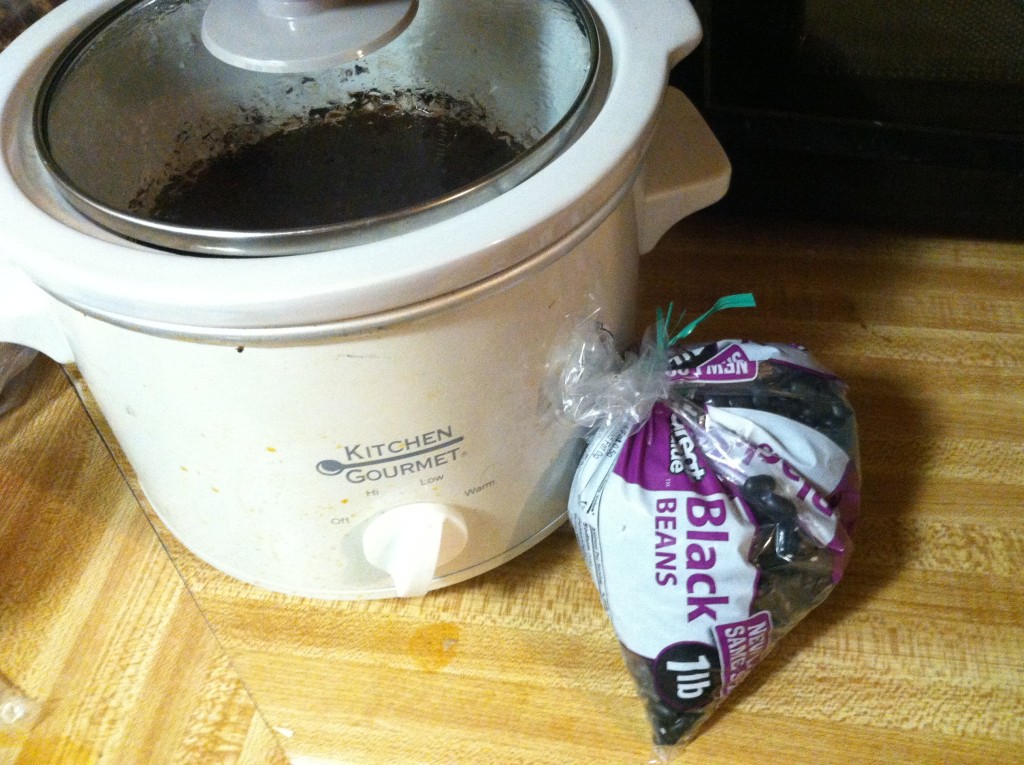 Step 1: I made my black beans from dried (much cheaper than canned!) by taking 1 cup of beans per 2 cups water and putting them in a slow cooker on low for 6-8 hours. This makes the beans nice and tender and ready to eat. Cook the rice according to package directions.

Step 2: Drain and press the tofu by placing it on a folded paper towel with another on top. Press firmly, or place a heavy object on top, for a few minutes. Then add the tofu, mushrooms, and sauerkraut to a medium-hot frying pan, and cook, stirring often, until the mushrooms are moist and browned. Add a tbsp of water or vegetable stock if it dries out at any time. 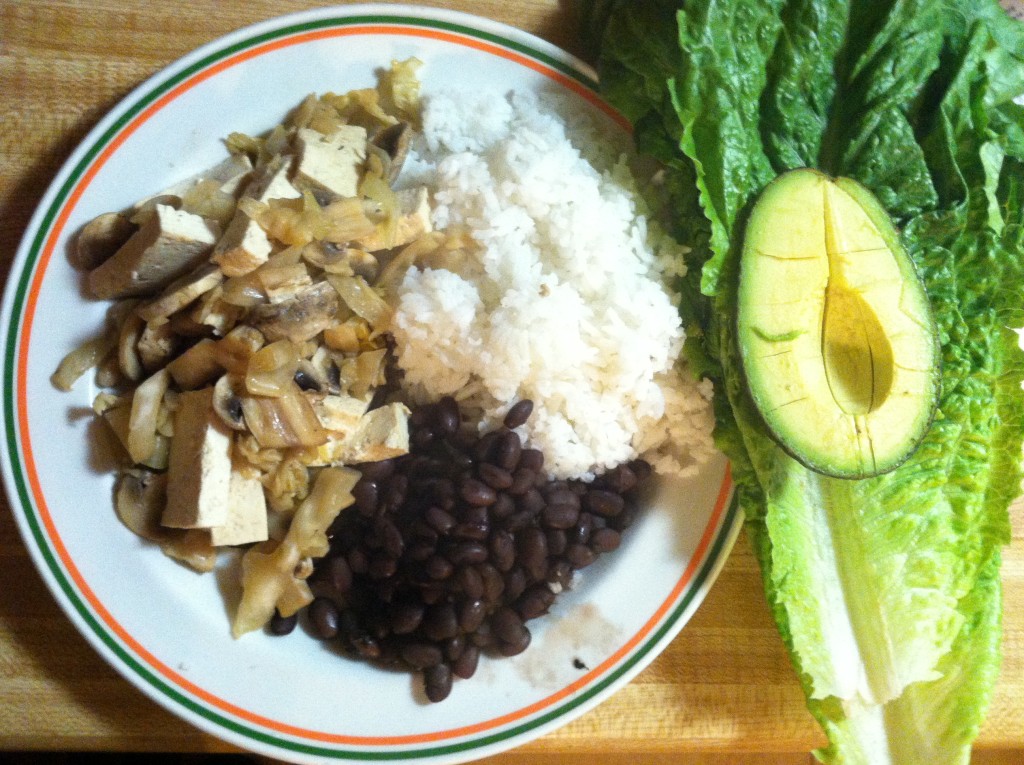 Step 3: Assemble the lettuce wraps. Take a large leaf of Romaine or other head lettuce and hold it in the palm of one hand. Add a tbsp or two of rice and cooked beans, then a heap of the cooked tofu-mushroom-sauerkraut mixture. 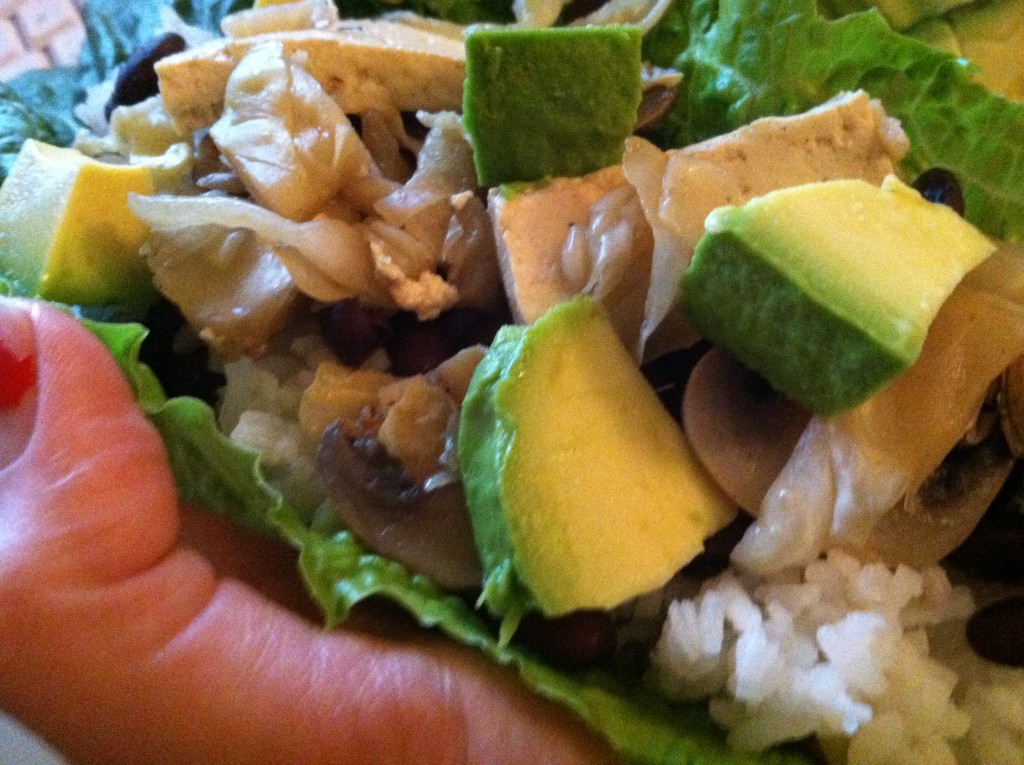 Step 4: Add optional toppings like the diced avocado and salsa, or try sliced olives, juilenned carrot, zucchini, or radish, or shredded cheese. You could add nutritional yeast, soy sauce, sriracha, refried beans, or any other taco topping your heart desires. 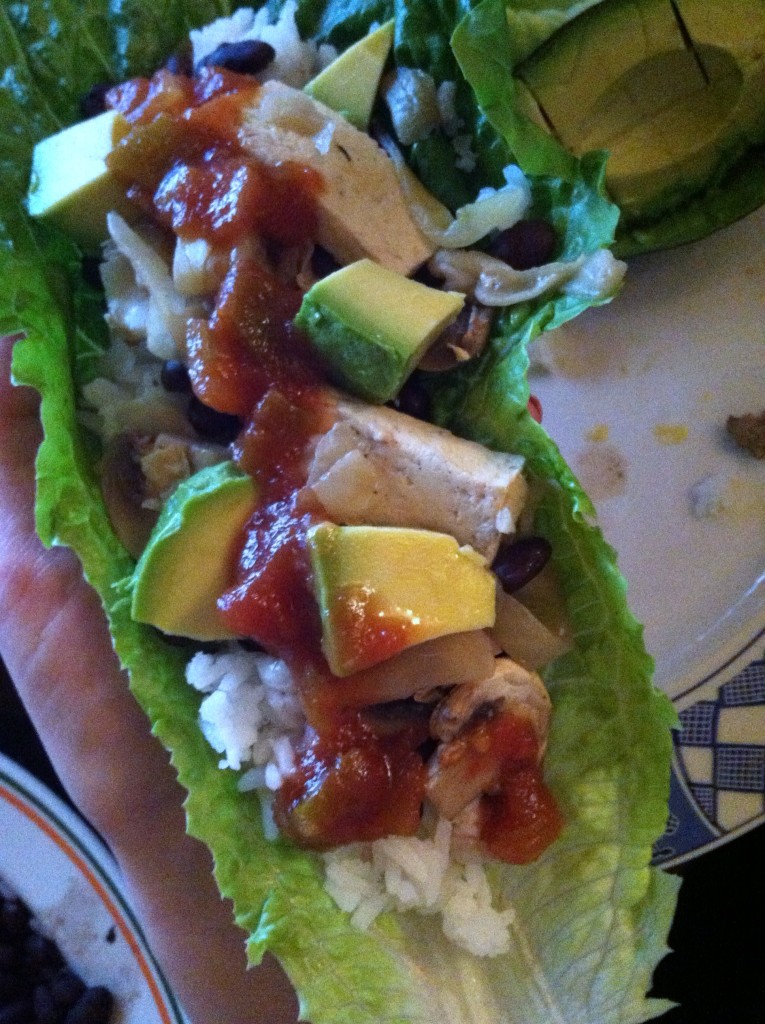 Above all, make it your own and enjoy! 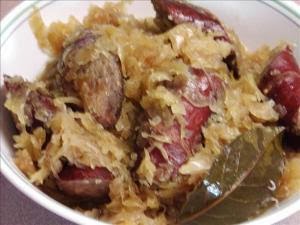 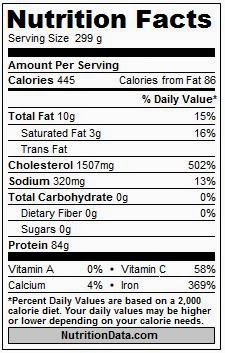