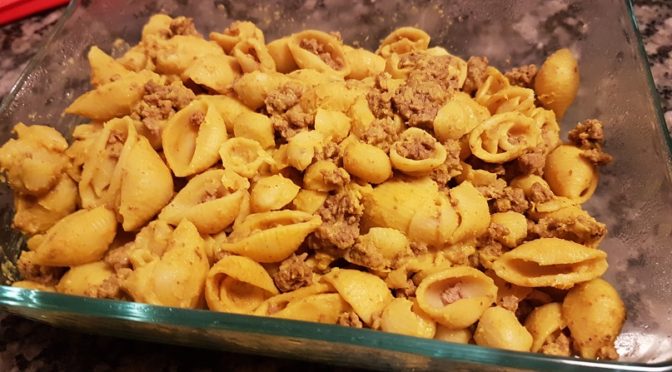 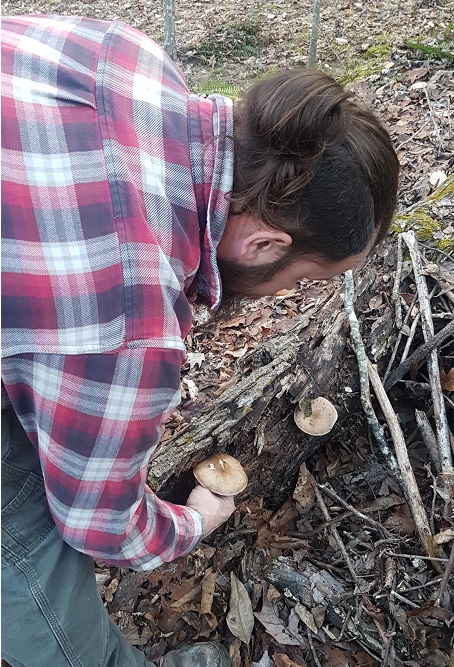 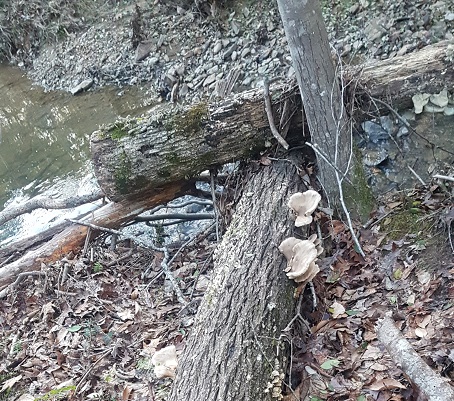 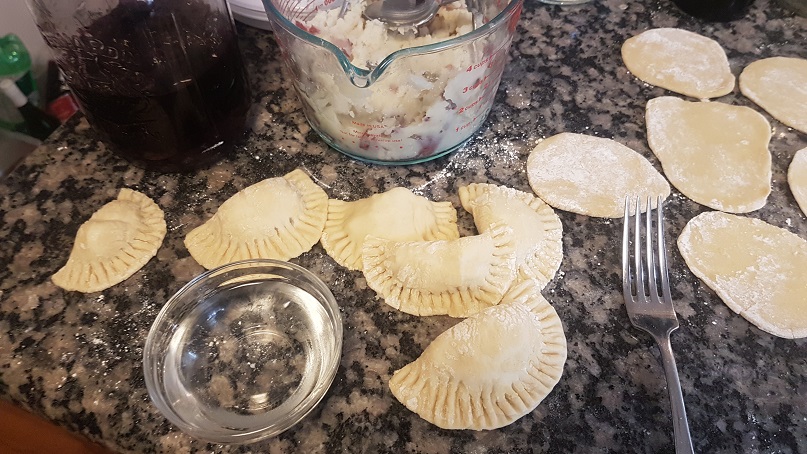 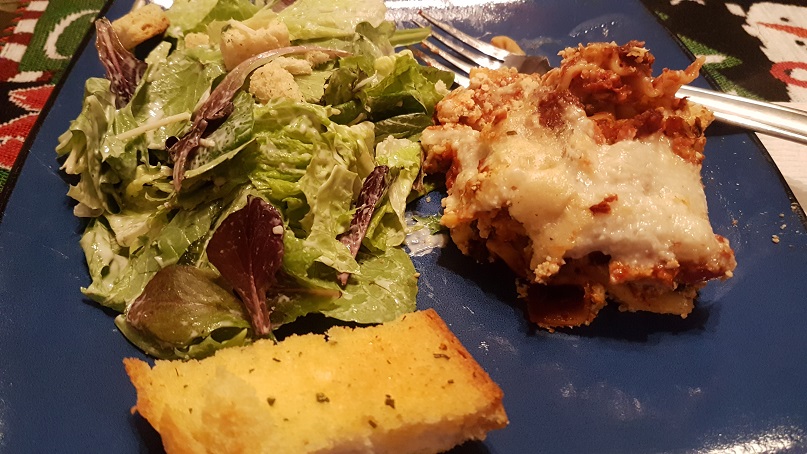 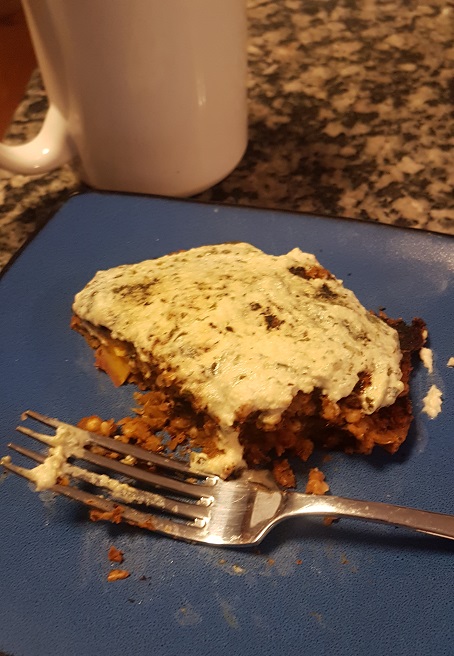 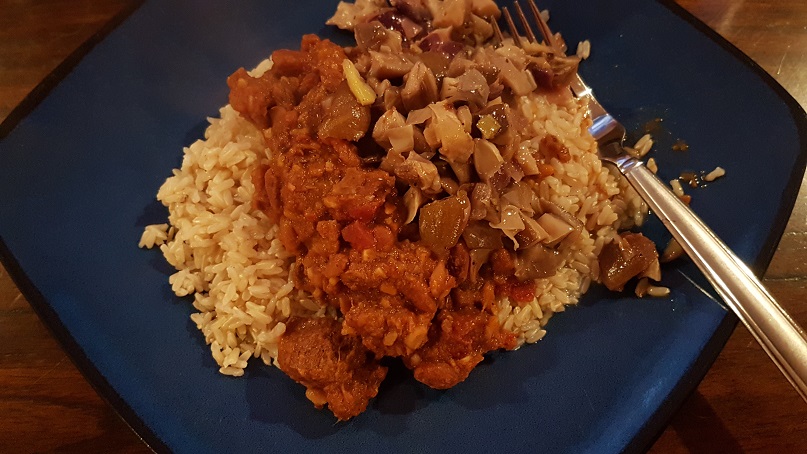 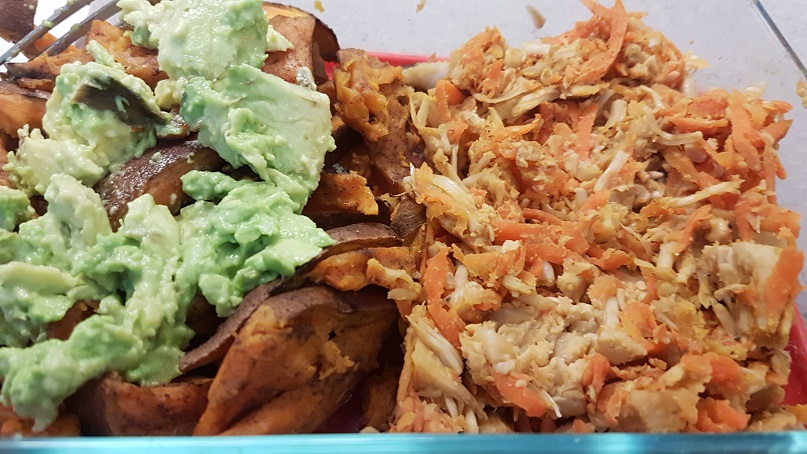 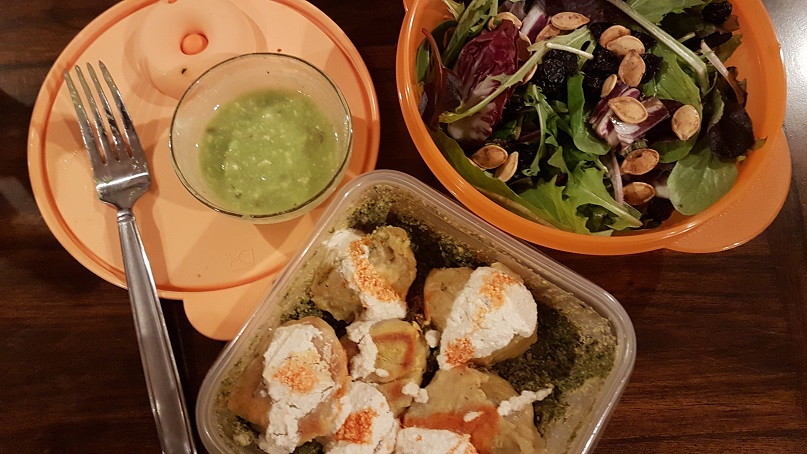 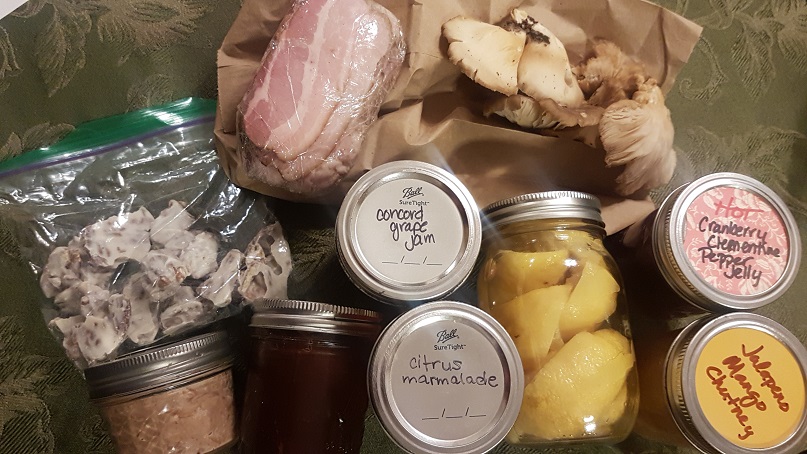 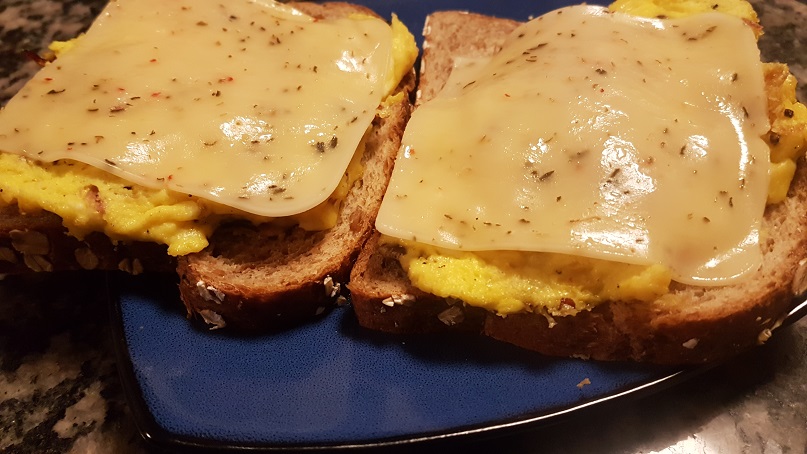 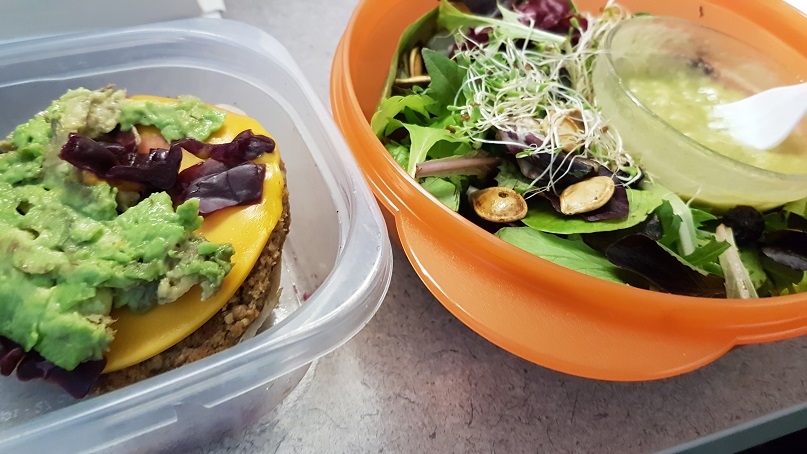 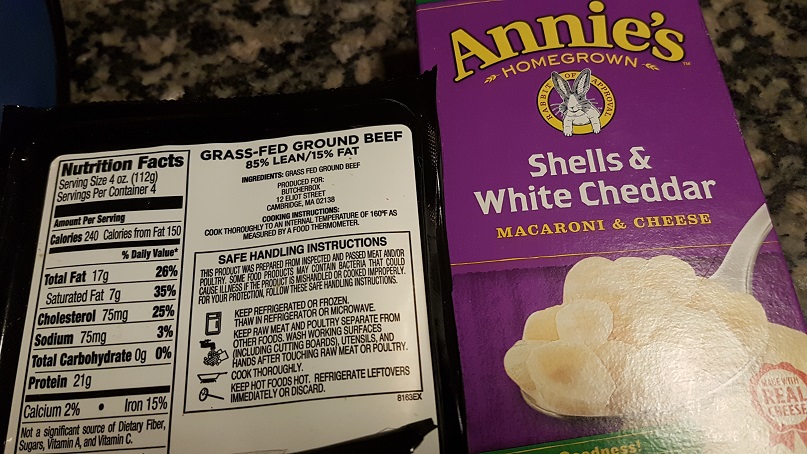 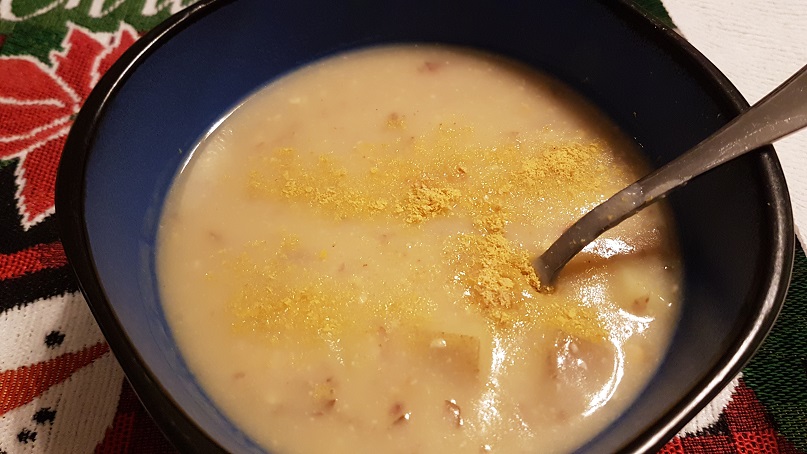 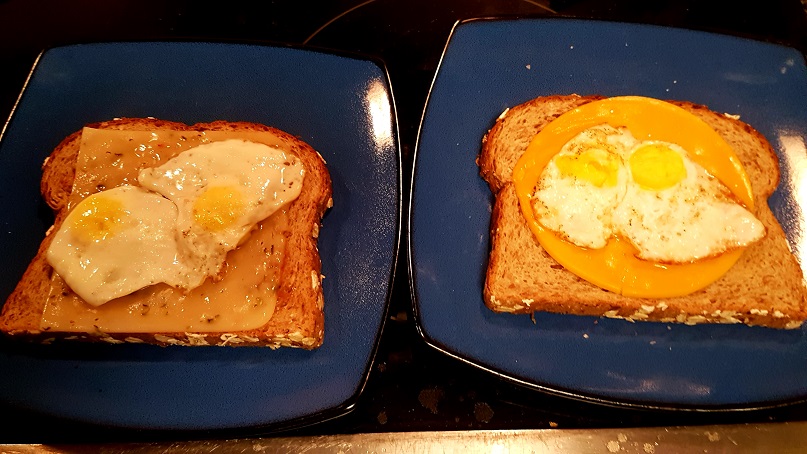 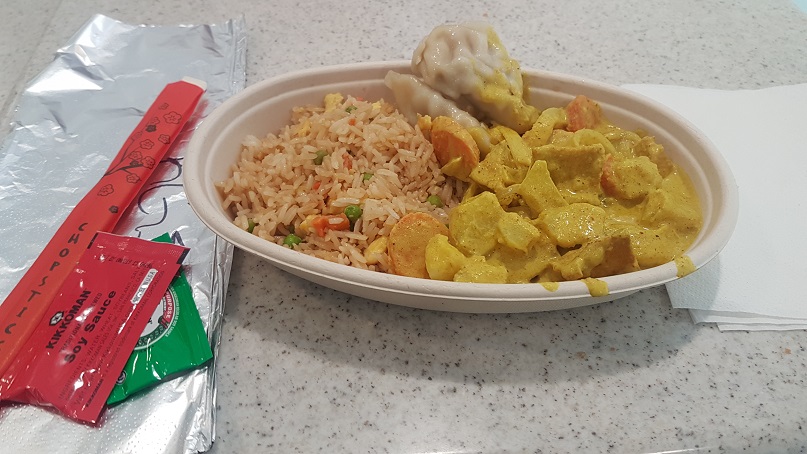 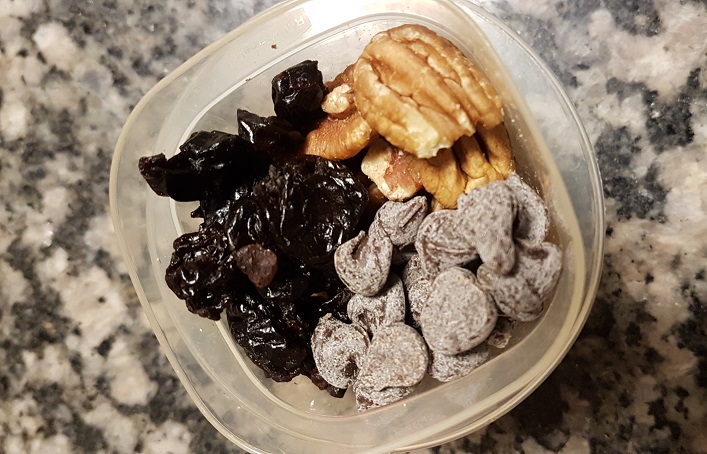 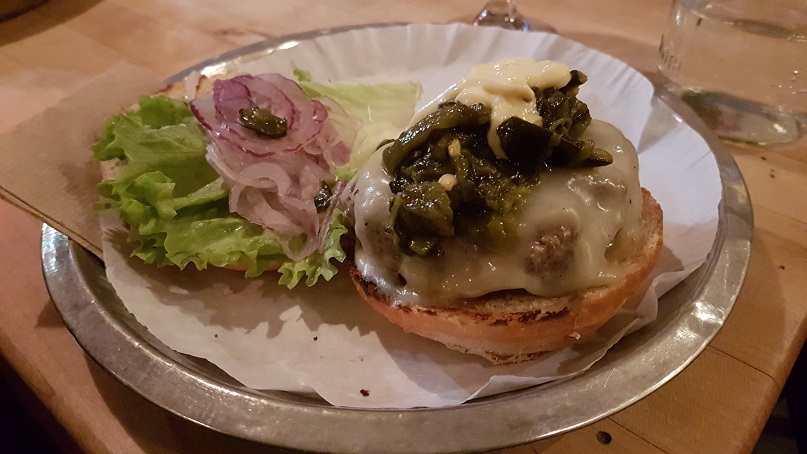 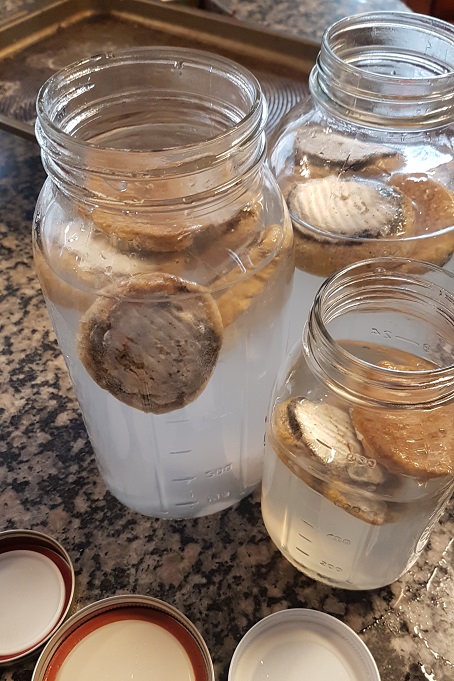 In case this is your first BE review article, I’ll remind you of the rules.

Tucked inside the North Building of Brightleaf Square on the outskirts of downtown Durham NC is a hidden gem. Called “The Little Dipper: Fondue on Main”, Durham is its second location. The owner is from Durham, and followed a girl to Wilmington. Their first date was at the Wilmington location, and it must have made quite the impression. When they eventually married and moved back to Durham, they decided to take a leap and open their own here.

The Durham location opened in April of 2013 as a full service fondue restaurant. Each table has at least one burner built into the center for the table to share. The owners also designed, built, and painted the entire interior from booths to eclectic decor to crazy sand wall art. They are known for our specialty sauces, all homemade and delicious for dipping cooked meats and seafood.

The Durham location also offers a “LOCAL ‘919’ MENU,” which includes options for each course made with locally sourced farm ingredients.  The Durham Dipper is proud to be part of such a strong community who supports local farmers by offering seasonal features and sustainable menu items changing on a regular basis.

The Menu is insanely huge and can feel a bit overwhelming at first glance. It is set up to be a three-course experience, so make sure you have plenty of time set aside to fully enjoy this meal! You get to choose your cheese dipper appetizer, a soup or salad, and you main entrees and cooking style.

The desserts are priced separately, but honestly it is the best part of the experience! Make sure you also have a lot of room, and very stretchy pants 😉 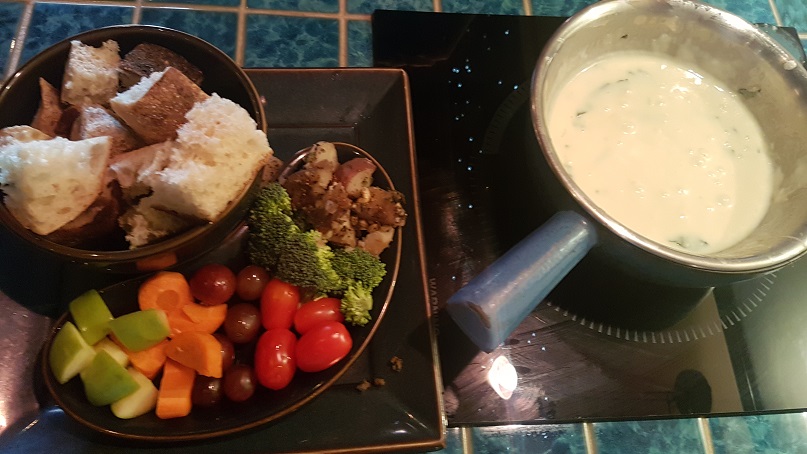 The servers are extremely helpful and friendly as well, and can answer all your questions and provide suggestions based on what you like and are looking for. We decided on a premium fontina and basil starter. They light your burner, and bring over a massive cast iron pot full of molten cheese and a sampler tray, and then the fun begins!

They supply long fondue forks which you use to spear your fruit or veg, and then dip into the lava like bowl of cheese. I was a little leery of the fruits, but it turns out cheese covered grapes are delicious. We ate and ate and then realized we had 3 more courses to go! 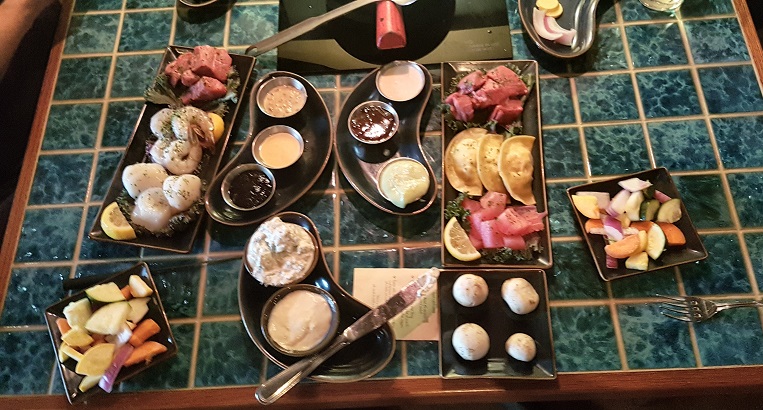 Once you throw in the towel on the cheese, they whisk it away and bring your salads. It is not the star of the show to be sure, but it felt nice to have a light lettuce moment between the heavy cheese and the goodies to come. And the salad itself is large enough to be a meal, so I ended up packing up half to take home.

Then your main course arrives. We went with the traditional peanut oil, which is again brought out in a huge iron pot. You can choose a pre-selected variety of meats, or like we did, the “undecided” where you get 3 different protein options.

I went with tuna, dumplings, and filet while my dining companion chose scallops, shrimp and filet. It comes with your choice of 3 of their homemade daily dipping sauces, as well as a plate of mushrooms which you stuff with their aphrodite herbed cream cheese, dip in breading and fry.

There is a handy tip sheet on suggested cooking times for each item, in case you don’t know how many seconds in boiling peanut oil it takes for a scallop to be considered done. They also supply a long “rescue spoon” for anything that happens to jump off the fondue fork for a swim.

It was great fun dipping and dropping different cuts into the pot while chatting about life and stuffing our faces. The wasabi lime sauce on the filet was my personal favorite of the night. 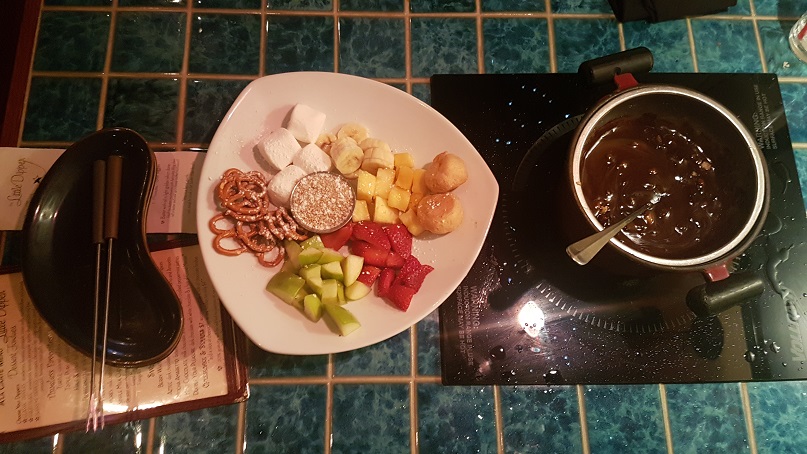 Then they cleared the table, and brought out the steaming bowl of molten chocolate laced with caramel and topped with pecans that I’d been waiting for! Oh yeah, you better believe we went with the Turtle dipper. And a ‘classic dippers’ plate, because we’re indecisive like that.

You can also go with just fruit dippers, or upgrade to the “supreme dippers” or “Swanky Fondue” options for things like rice crispies, oreos, or liquor-laced dipping sauces. 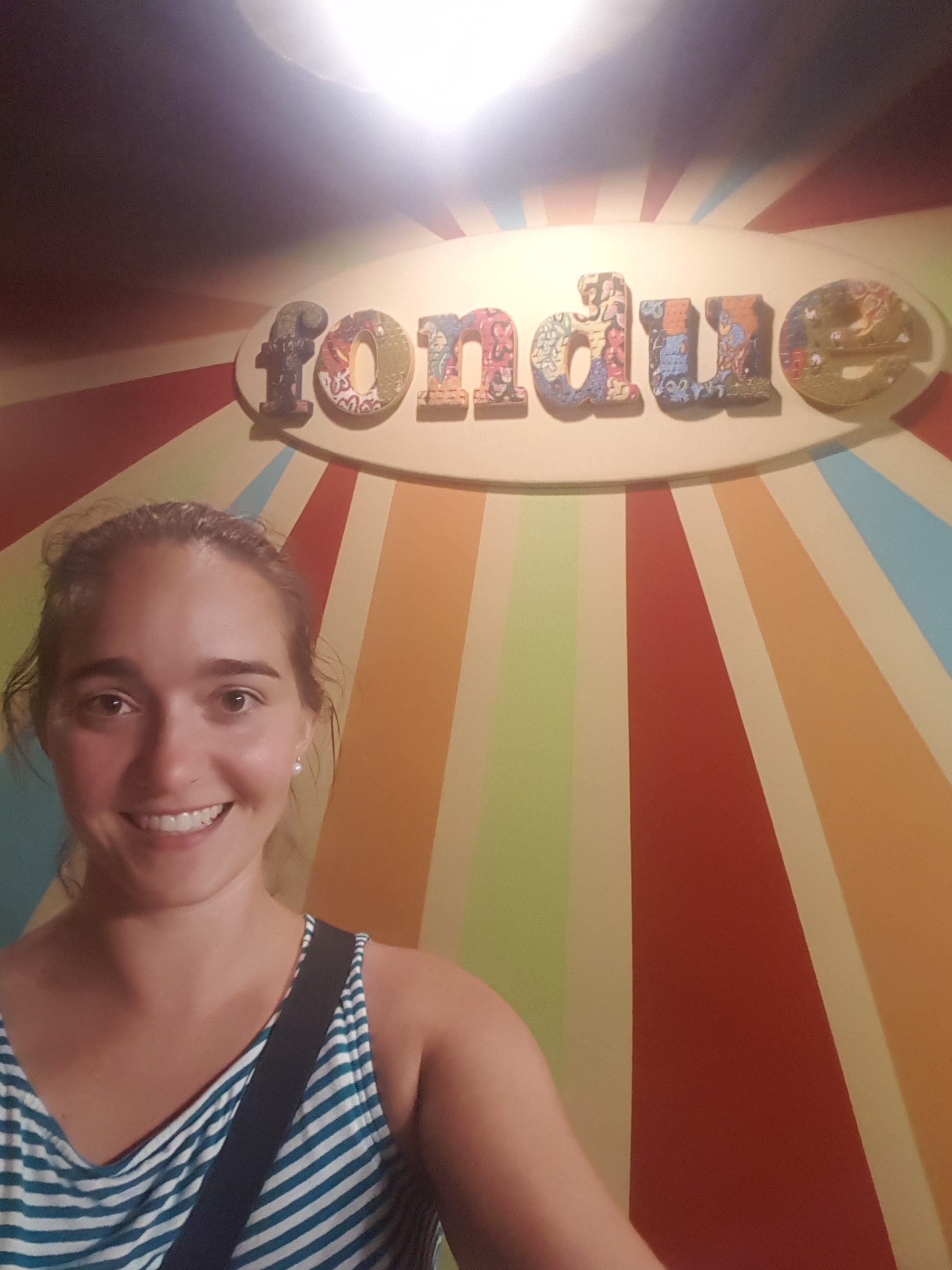 The Turtle fondue was so amazing, I wanted to just eat it with a spoon. Thankfully I was in so much pain from being too full so I couldn’t do it! 😉

The whole meal took about 2 hours total, and was a very relaxing experience. I loved the funky atmosphere, and the energy of the place. I cannot wait to go back!