Whatever and however you celebrate, I hope you all had a wonderful holiday season. I know we did, even if the driving sucks it is always worth it to see family. 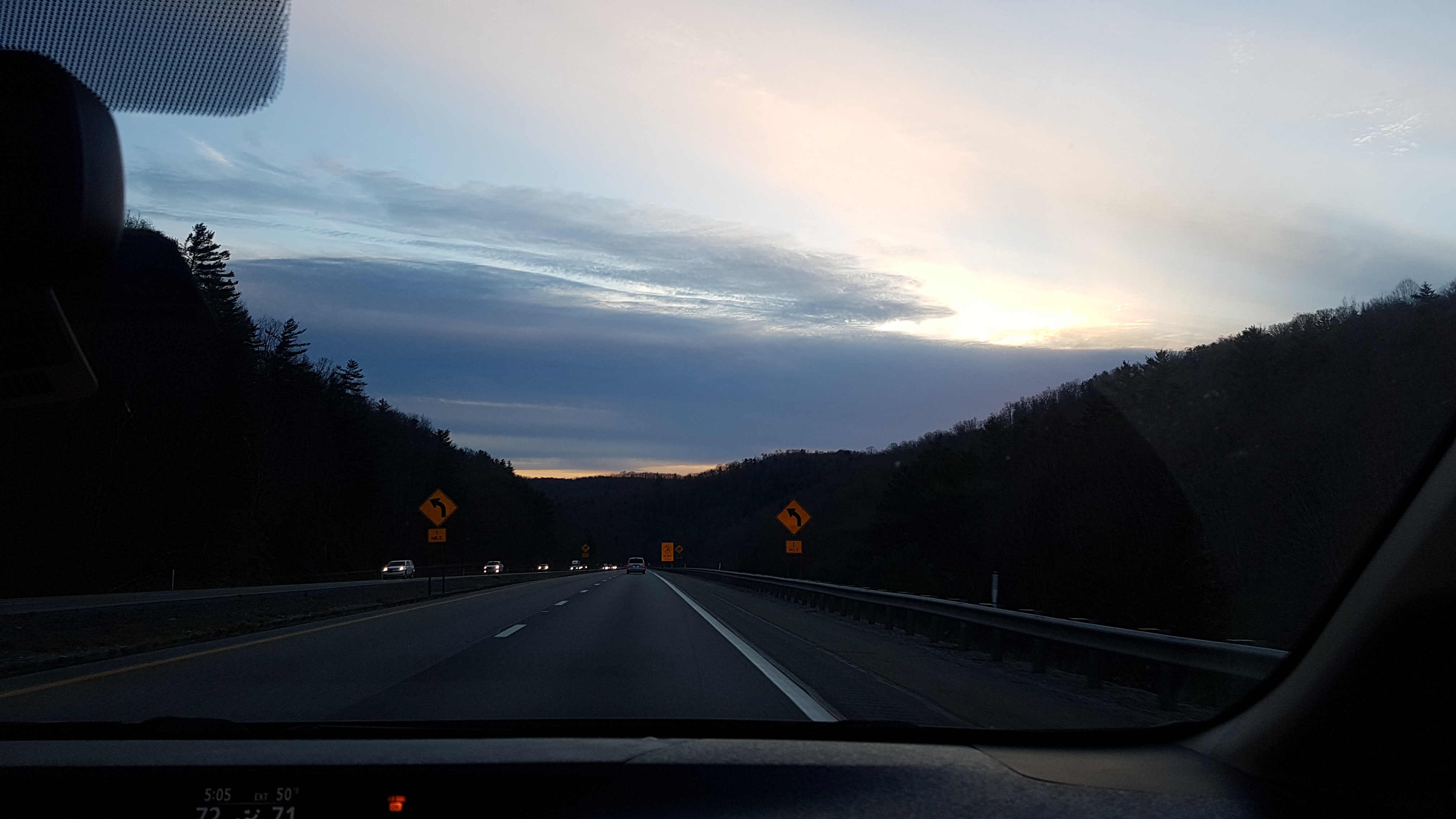 We also went to Niagara Falls, which was the boy’s first time seeing them. He thought they were “pretty cool”.   🙂 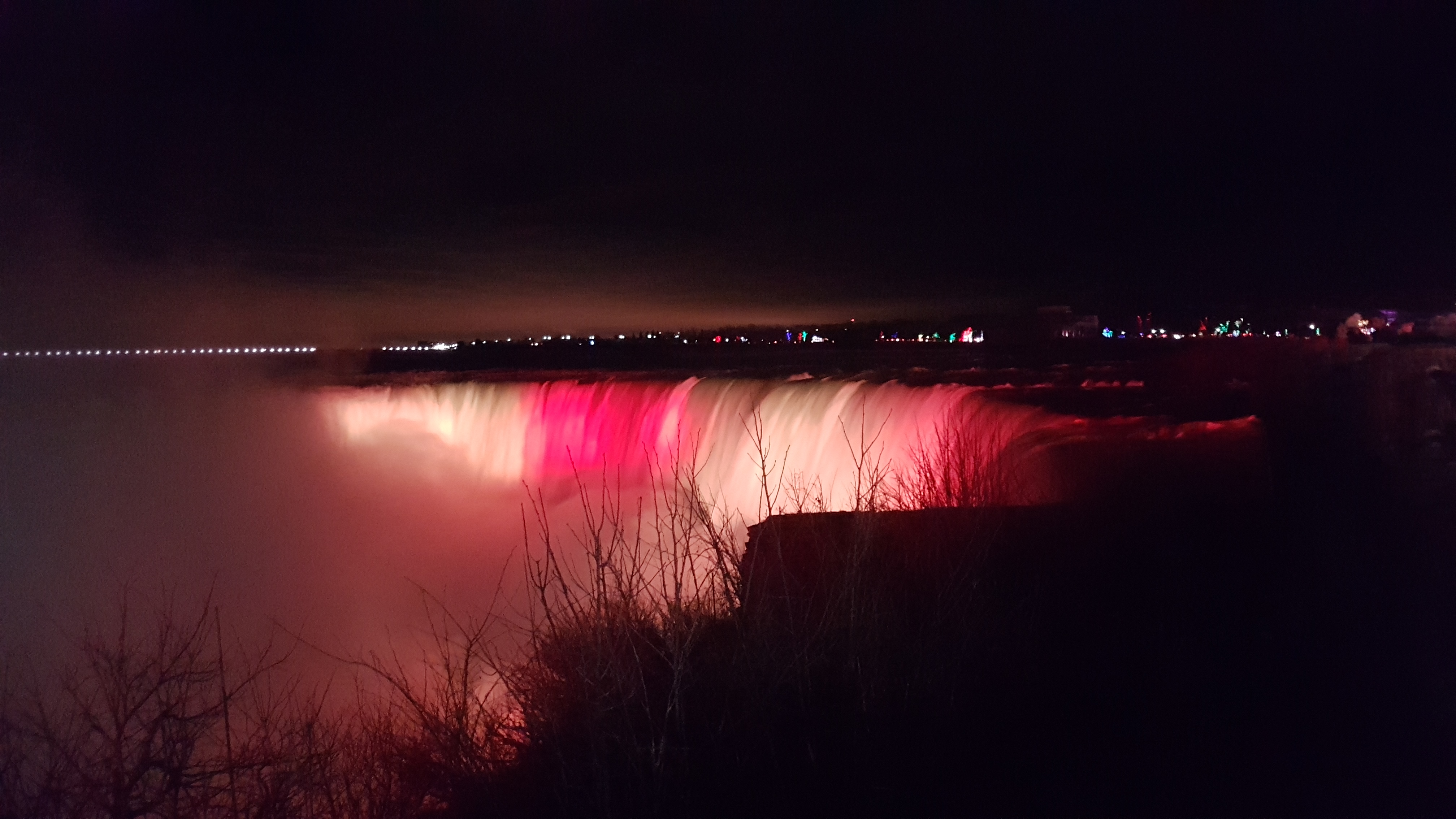 It was amazing being off Monday and Tuesday, and a rough reality waking up at 6am again come Wednesday. But at least it was a short week! Back to the usual grind come next Monday.

Breakfast – I honestly don’t remember… we probably just slept in since we had driven home from Ohio the day prior!

Lunch – Leftovers from Christmas week. We came home with like 4 different meals  🙂  Several were not vegan, but I do not waste food if at all possible, so we ate them up this week.

Dinner – mom sent us home with a bag full of leftover turkey and gravy, so I added frozen mixed veggies and flour, topped it all with biscuits, and called it a pot pie

We watched Bird Box on Netflix and drank fizzy wine for the New Year, and went to bed like the old folks that we are haha

Lunch – cooked a batch of sorghum and made a “everything in the fridge” lentil curry to go with it in the instant pot. And I thawed the leftover injera from Dec to make it more fun to eat.

Snack – banana bread a friend gave us for Christmas

Dinner – I made a batch of saffron rice and a crazy lazy version of Hoppin John with black eyed peas for the New Year. No greens though, so this year might be disastrous for our finances haha

Dinner – we tried jackfruit for the first time. The internet says it is a vegan superfood, and they are right! It doesn’t have much of a taste on its own, but it shreds just like chicken or pork, and cooks into whatever you want. 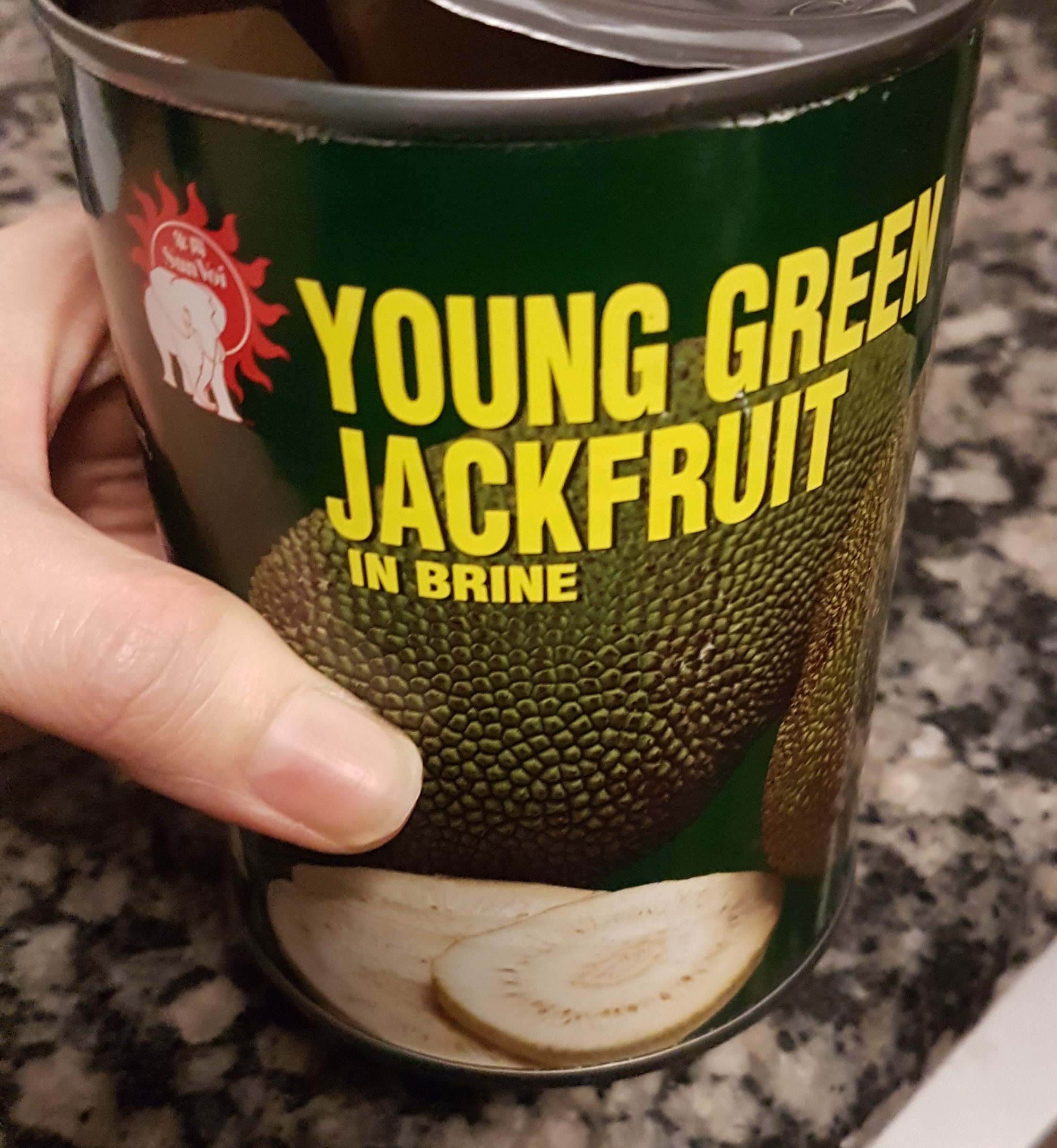 I made some rolls to put it on, and added some shredded carrots and cooked beans for bulk, and we had bbq sandwiches with baked sweet potato fries. 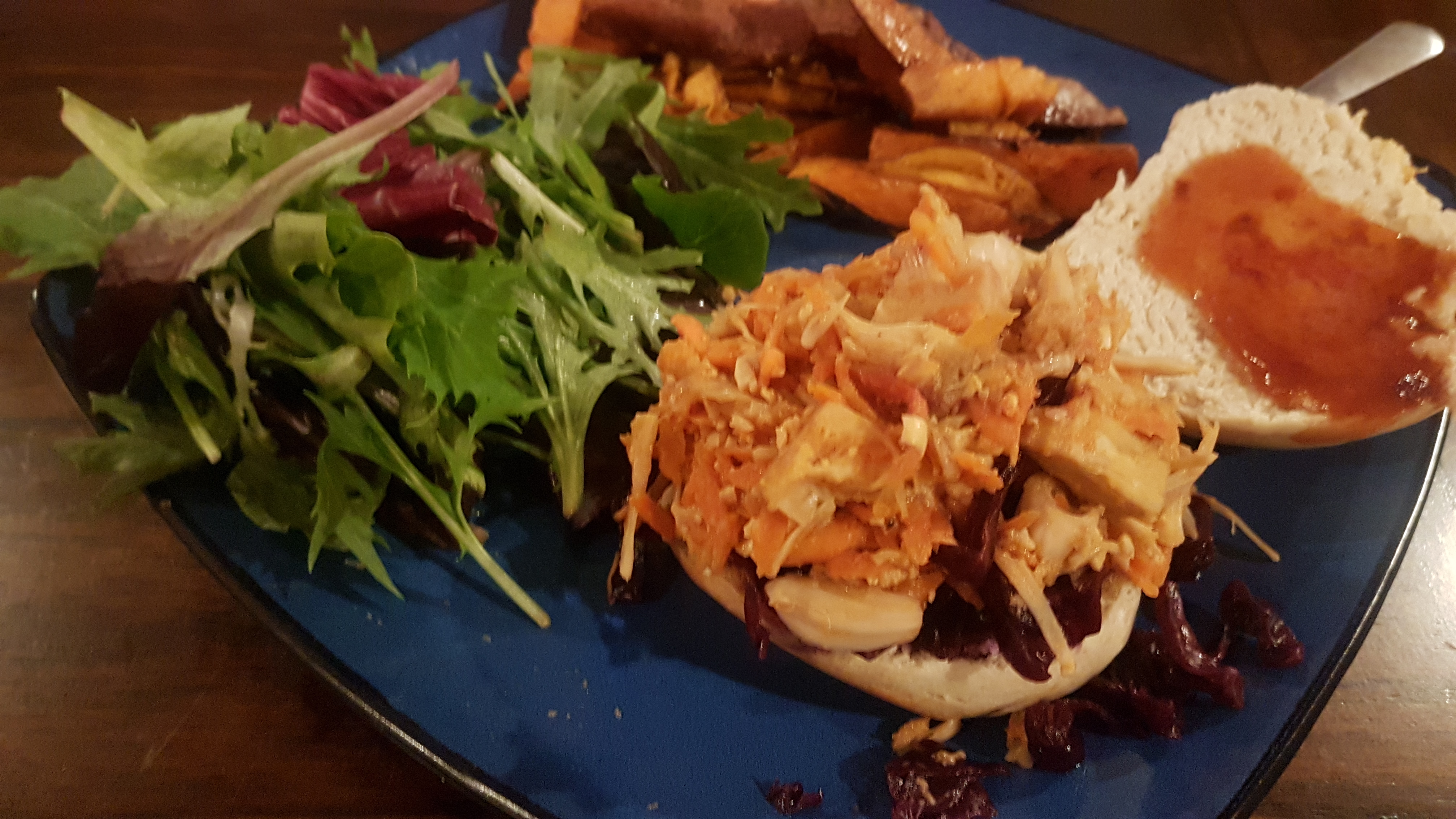 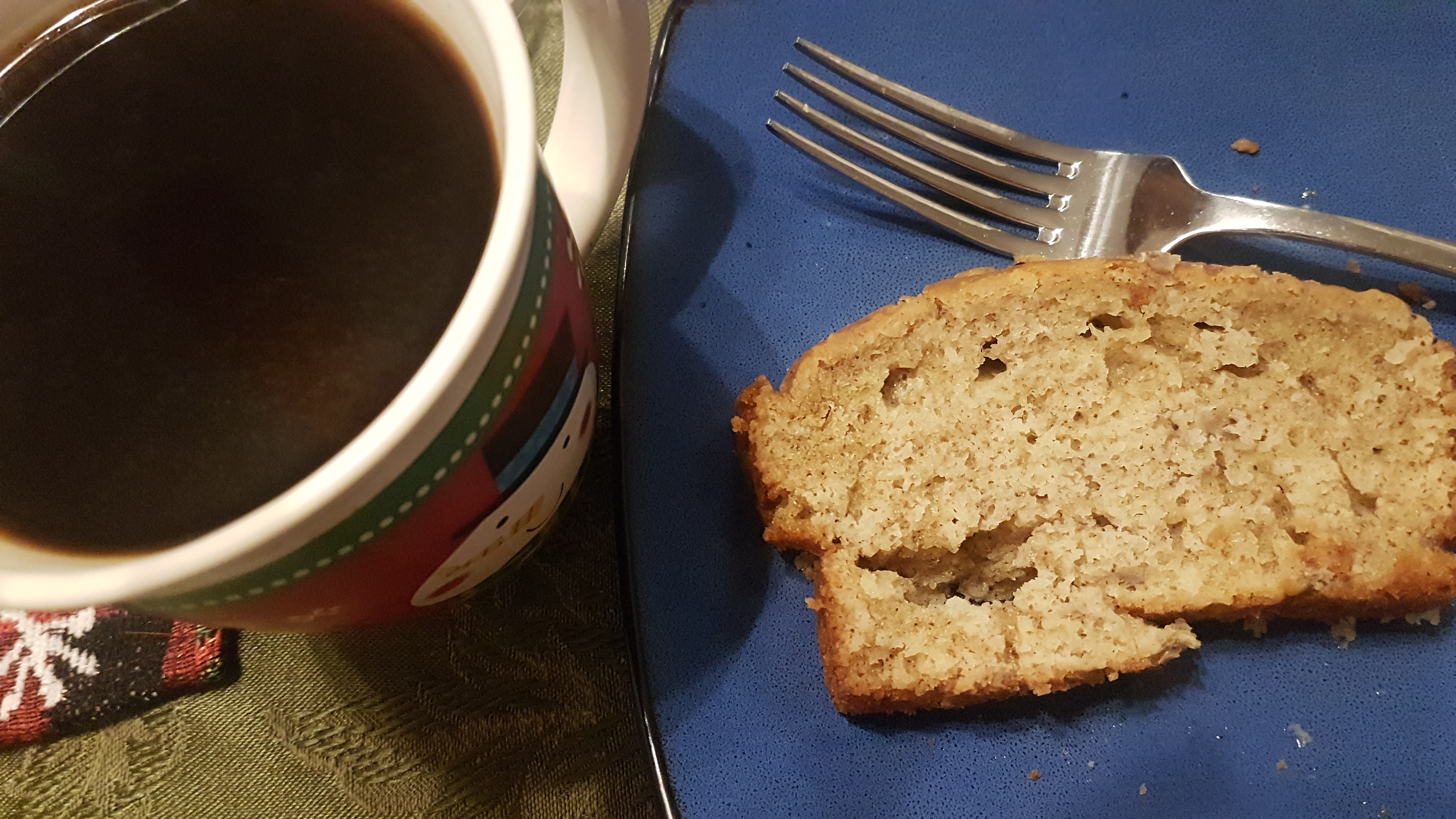 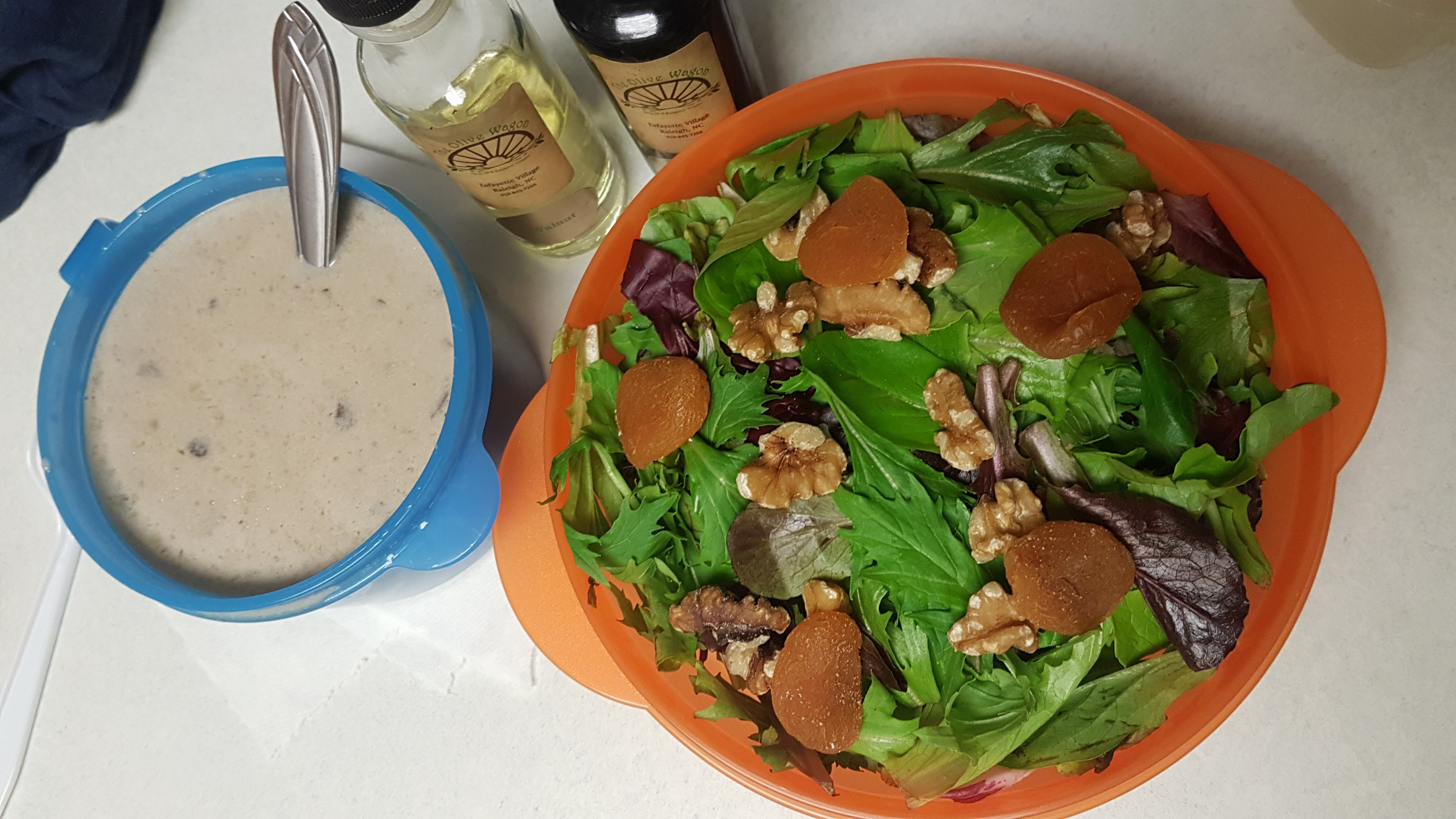 Y’all this mushroom soup recipe has been in my family for generations, and we all wait all year for it. Is it vegan? Hell naw. Cause heavy cream and butter are lyfe in Ohio. But am I gonna let it go to waste? Hell. to. the. no. 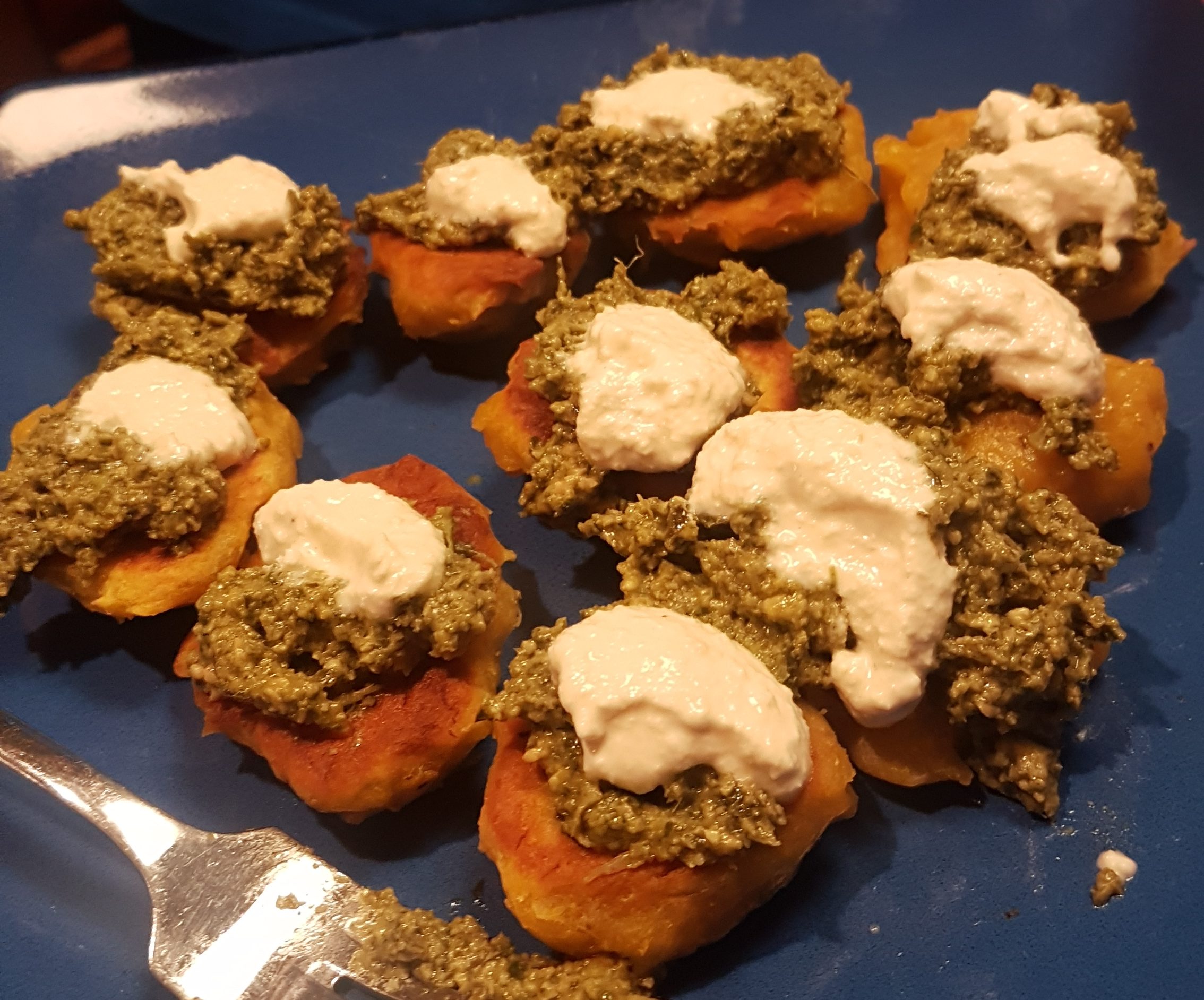 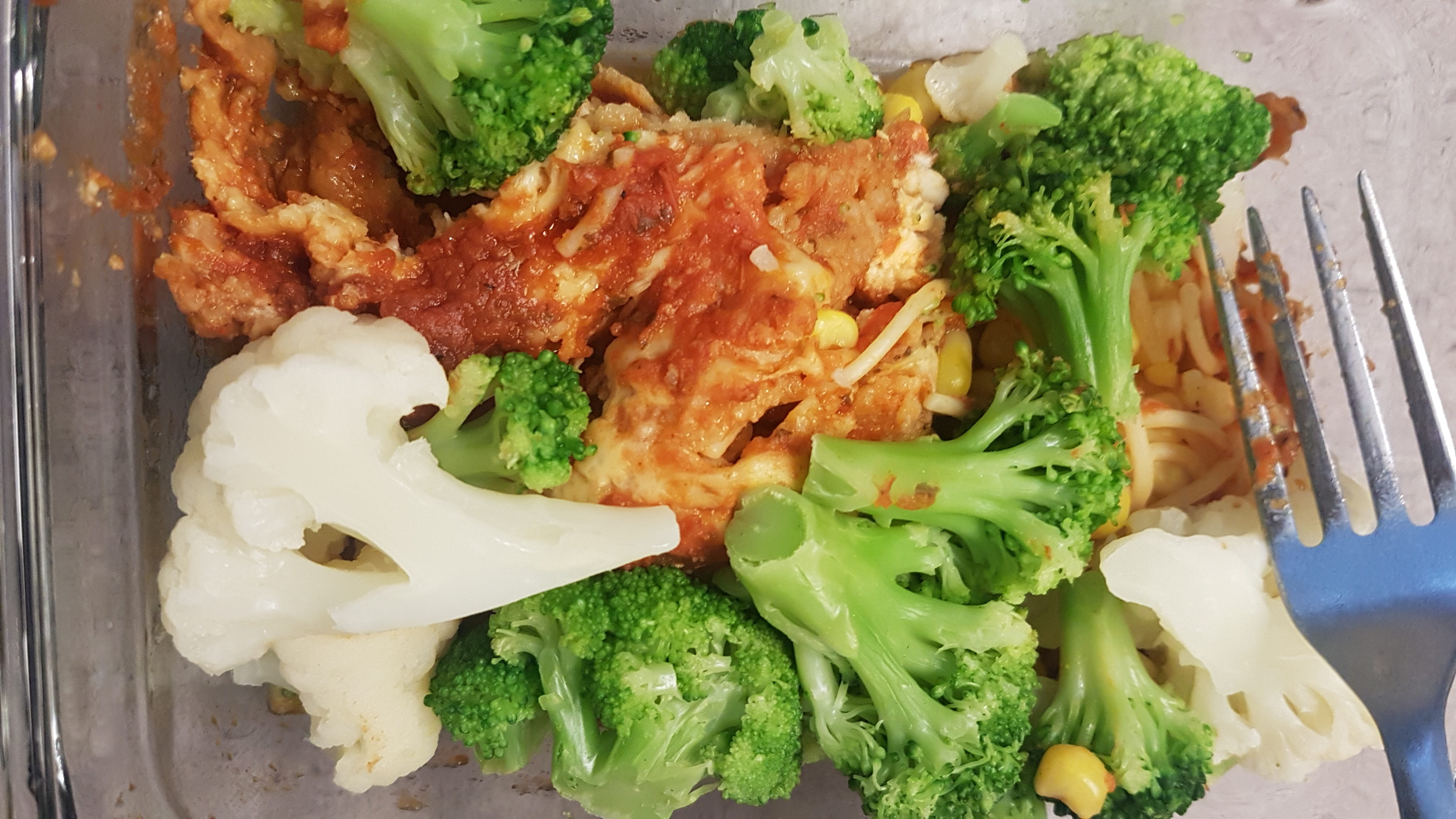 Dinner – I forgot to add one exception to my Veganuary rules… sushi. Sushi, wine, and popcorn are my kryptonite. So when a friend invited us to an over-due AYCE sushi night, I wasn’t about to say “no, put a pin in that until February please”. I had the most plates. 😀

The weekend will include cleaning the house from the tornado it has become. We need to put away Christmas things and generally tidy up the clutter. Mari Kondo has a show on Netflix now, so that’s hopefully gonna motivate me to keep purging clutter. I officially accepted the Dragons on Fire’s challenge to de-clutter and get rid of 1000 items this year! 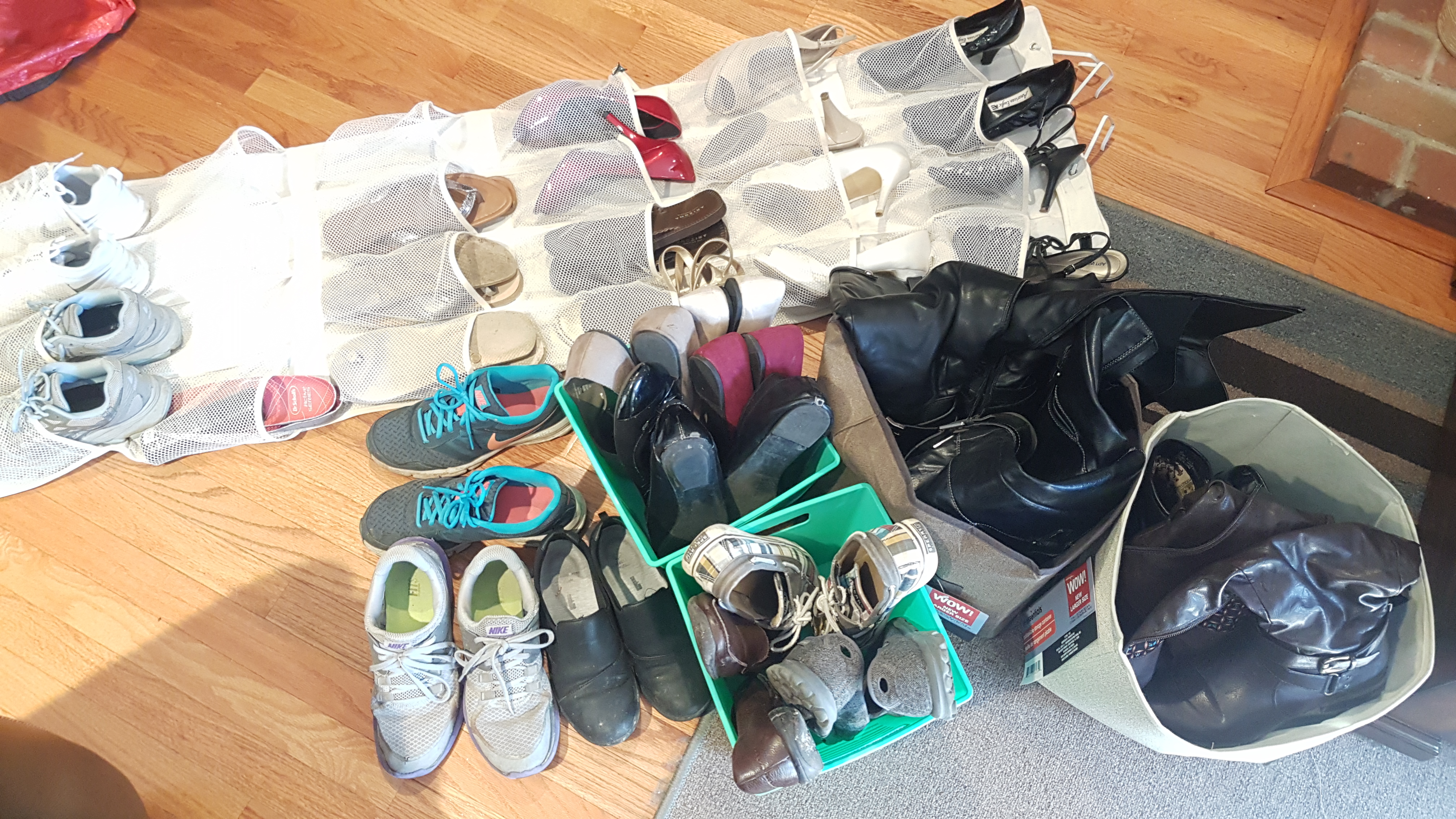 I’m off to a strong start, decluttering 11 items starting with hats and gloves on January 1st. Then I tackled shoes, purging a total of 15 pairs and keeping another 28 pairs. Pretty sure the boy has maybe 5… (2 tennis, 1 formal, 1 hiking/snow, 1 slippers).

It’s not fair, for girls we have so many different styles compared to dudes, and need all the styles in different colors too! (Flats, flip flops, running shoes, ankle boots, tall boots, heels, formal or casual, black and brown…) But it’s a start. 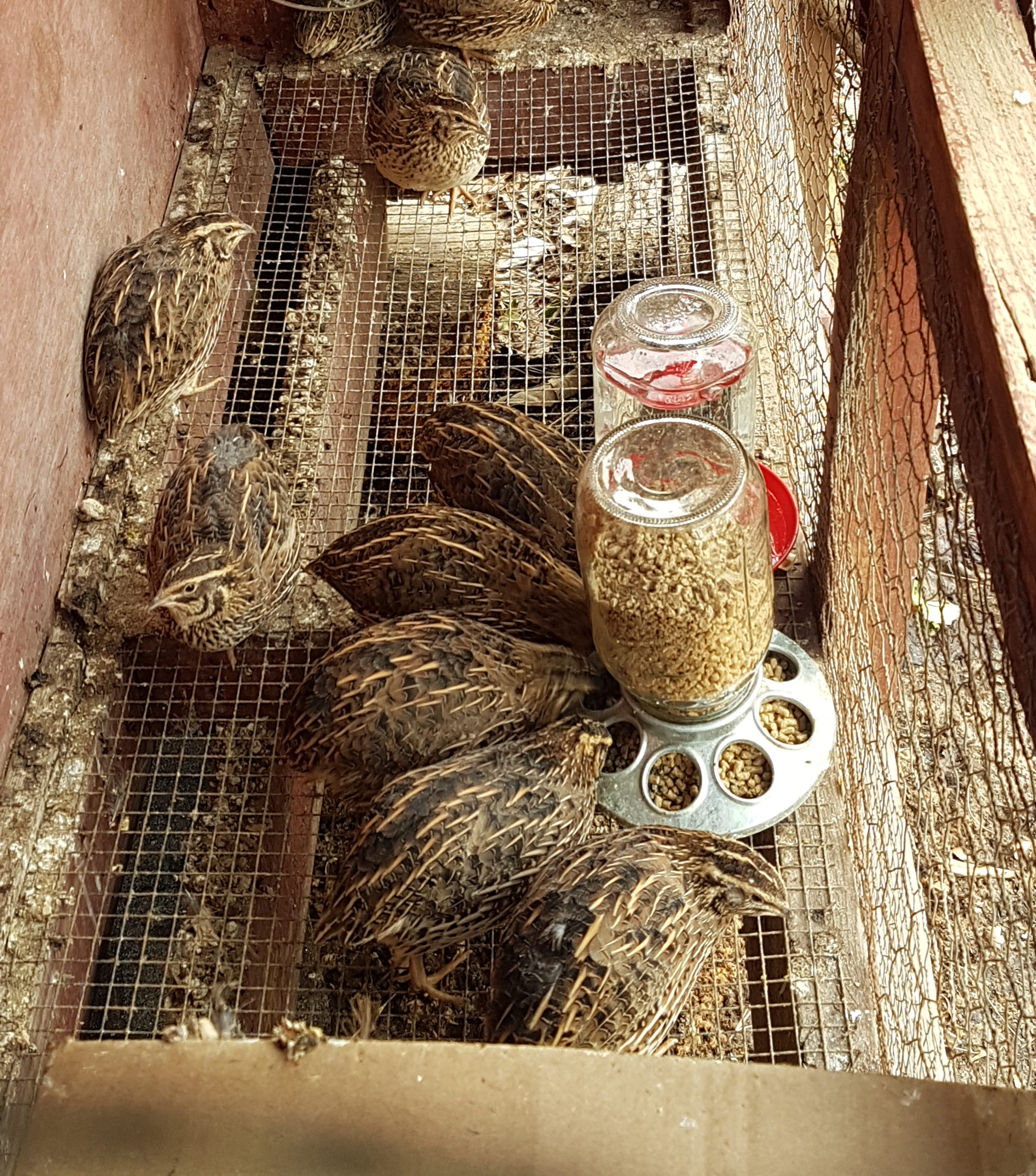 I’m also oh so happy to have my covey back! I missed these girls over break, and the pure jolt of joy when I find an egg. They had a great time on my friend’s farm, though one met a tragic end… the flock also accidentally expanded. Someone left a box with several quail, and the two groups were combined.

The person watching them kept a few, but I ended up coming home with 11 rather than 9, of which 9 or 10 are girls! So I’m not mad, that means oodles of eggs come spring time.

No produce box, deliveries resume next week. I also forgot to cancel the Butcher Box subscription, so that charge will show up next week, oopsie… At least their meat ‘meets’ my strict criteria! So the boy will get one treat night next week.

By the way, the deal they are running now is $25 for Alaskan wild salmon. If you use my affiliate link –> http://fbuy.me/lwpAj <– and sign up, we both get 2 pounds of wild salmon free! I would keep going for another box for that!